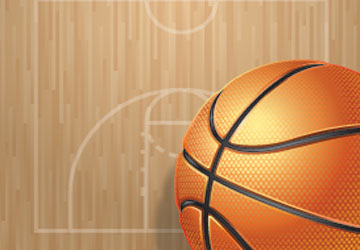 A huge victory by Rumson-Fair Haven over Saint Thomas Aquinas resulted in movement on top of the girls’ basketball rankings.

Rumson-Fair Haven climbed up to No. 3 in this week’s Central Jersey Top 10 girls’ basketball rankings.

1. Saint John Vianney, 12-0: Saint John Vianney, which grabbed the No. 1 rating a week ago, continued its perfect start to the season with a 62-15 victory over Middletown North on Jan. 23. The Lancers have been lights out defensively in their last three games, holding their opponents to under 20 points in each contest.

3. Rumson Fair-Haven, 10-2: Rumson-Fair Haven stormed back in the second half to knock off Saint Thomas Aquinas on Jan. 20, 51-35. The Bulldogs extended their winning streak to six games on Jan. 21, defeating Raritan, 63-29. Julia Corsentino scored a team-high 11 points in the victory.

4. Saint Thomas Aquinas, 13-2: The Trojans bounced back from their loss to Rumson-Fair Haven and picked up a solid 71-23 victory over Colonia on Jan. 23. Emma Boslet is averaging 17.5 points a game this season.

5. Red Bank Regional, 10-2: Red Bank extended its winning streak to four games with a 58-31 victory over Wall Township on Jan. 23. Mis Strand scored a team-high 14 points in the victory.

7. Marlboro, 10-2: The Mustangs are on a seven-game winning streak. Marlboro rolled to a 67-47 victory over Howell on Jan. 22. Dani Schlesinger and Jessica Riepe both scored a team-high 13 points in the victory.

9. Freehold Township, 9-4: The Patriots were upset by Middletown South on Jan. 21, losing to the Eagles, 58-47. Hannah Orloff recorded another double-double for the Patriots, scoring 11 points and racking up a team-high 15 rebounds.

10. Notre Dame, 8-4: The Irish rolled to a 64-30 victory over West Windsor-Plainsboro North on Jan. 21. Erika Porter had a double-double in the victory, recording 16 points and 11 rebounds.