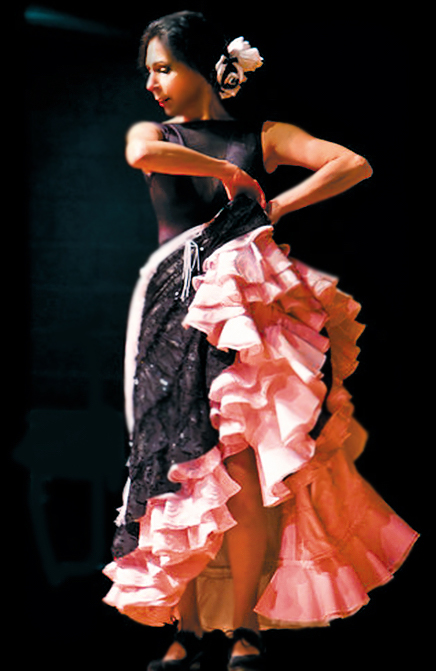 The Europium Dance Theater,a local, avant-garde dance company announced a new addition to their community programing schedule, “Spanish, Very Spanish,” a festive and interactive show that gives a 75-minutue, glimpse into the dramatic soul and love that expresses the passions unique to Cuba, Argentina, Mexico and Spain.

Through live music, dance and theatrics, and a hint of fun poked at the perceived cultural cliché of the original art form, this performance explores the drama of Spanish culture through the fusion of “Tanztheater” styles (German expressionist dance theater) and authentic, Flamenco dancing.

To reserve seats, visit https://spanishveryspanish.bpt.me – Two dates only: Jan. 25 and 26, tickets on sale now for $30. This event includes a Tapas menu with a BYOB option when tickets are purchased on line.

“Spanish, Very Spanish” includes a cast of nine professional dancers from the region, who in the earlier part of the show, will encourage audience members to get up and dance in the cabaret-style theater.

The show reaches its crescendo with a Tablao, a form of Flamenco traditionally performed in a café setting.

“Spanish, Very Spanish” is a limited engagement, with maximum seating arrangement for up to 175 people, ensuring a personal theatrical event for patrons.

Tickets are $30, including a tapas brunch with a BYOB option at 1 p.m., prior to the 2 p.m. show (exclusively for advance, on-line sales).

Linda Erickson (Artistic Director)
Linda Erickson received her MFA in choreography from the University of North Carolina. She has worked with members of the New York City Ballet, Hartford Ballet, Dance Galaxy and the Performing Company of Ballet Classique among others.

She previously co-founded The New York Dance Theater with Frank Ohman, The Touring Company of Patricia McBride and Jean-Pierre Bonnefous, and Dance Galaxy with Judith Fugate and Mehdi Bahiri. She is the founder and artistic director of Europium Dancetheater.

She is the featured dancer on NJN’s Emmy Award winning program, “The Spanish Guitar” and her photo appeared in the exhibit “100 Years of Flamenco in NYC” at the Library for the Performing Arts Lincoln Center.

In 1999, she founded the Arts Council of Princeton’s Adult and Children’s Flamenco Dance Programs and was their 2014 Artist in Residence. She also teaches for PDT‘s conservatory dance program, Union County College and formerly Princeton and Rutgers Universities recreation programs. She performs and conducts arts in education workshops for Young Audiences of NJ and Morris Arts.

About Europium Dance Theater:
Based in New Hope, Pa and comprised of local professional and non-professional performers, Europium Dance theater brings the creative mix of avant-garde techniques known as Tanztheater, which originated from the Expressionist era in Germany.