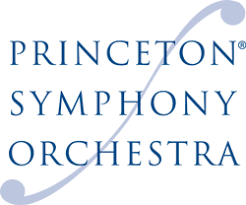 On Friday, Jan. 31, at 8 p.m., Broadway stars and musicians of the Princeton Symphony Orchestra will perform a concert reading of “The Big Time,” a new musical comedy from Douglas Carter Beane, author of Broadway’s “Sister Act,” “Cinderella,” and “Xanadu.”

It’s the height of the Cold War when Russian spies take over an ocean liner holding all of NATO. Leave it to lounge singers on board to save the day by teaching the communists to put down their Kalashnikovs and pick up singing, dancing and comedy.

The war is cold but the numbers are hot in this show with score and lyrics by Douglas J. Cohen, music direction by Fred Lassen. This is the second installment of the new Princeton POPS series, a collaboration of the Princeton Symphony Orchestra and McCarter Theatre Centre at McCarter’s Matthews Theatre.

Describing the show’s genesis, creator Douglas Carter Beane says, “I am a big fan of NATO. I also happen to be a big fan of Steve Lawrence and Eydie Gorme. I believe the three will save the world. Or maybe, just maybe, a long time ago–so long ago just about everyone forgot it–they actually did. From there, I just started writing.”

Beane calls the upcoming concert reading, “a ton of fun,” adding, “There are no sets, no costumes and no dancing. Just an orchestra, and people reading the scenes of the show with vibrant acting and singing their hearts out. It is pure entertainment.”

Rosenberg said, “While the idea for this show had been percolating for quite some time, this draft takes the show back to the 60s with all-new orchestrations that beautifully capture the Vegas lounge sounds of Frank Sinatra and the Rat Pack.”

Tickets to the Jan. 31 concert reading of “The Big Time” start at $25 and are available online at mccarter.org and princetonsymphony.org, by phone at 609-258-2787, or in person at the McCarter Ticket Office, located at 91 University Place in Princeton.

The run time is approximately 2 hours, including one 15-minute intermission.

About The Creative Team
Douglas Carter Beane is the author of the plays “The Nance,” “The Little Dog Laughed,” “As Bees In Honey Drown,” “Shows for Days,” “Mr. & Mrs. Fitch,” “Music From A Sparkling Planet,” “The Country Club,” “Advice From A Caterpillar,” “The Cartells,” “The Closet,” and the upcoming “Fairycakes.”

He also wrote the new libretto for the operetta “Die Fledermaus” for the Metropolitan Opera and the “Radio City Music Hall Summer Spectacular.”

He has begun creating shows as both author and director. These include “Star-Spangled,” “Me and the Girls,” the musical version of his film, “To Wong Foo.” He couldn’t do it without the love of Lewis Flinn and Cooper and Gaby Flinn-Beane.

Douglas J. Cohen (music & lyrics) is the winner of the 2010 Fred Ebb Award, two Richard Rodgers Awards for his music/lyrics/book, and a Drama Desk Award nominee.

He was nominated for a Helen Hayes Award in Washington, D.C., in the category of Outstanding Music Direction, for Ricky Ian Gordon’s musical “Sycamore Trees.”

Lassen has arranged and recorded two albums with Laura Osnes. He was the Associate Music Supervisor for NBC’s live musical broadcasts of “Peter Pan” and “The Sound of Music.”

About The Cast
Raymond Bokhour holds the record for performances as Mr. Cellophane in Broadway’s “Chicago.” He opened the first national tour of “Once” as Da. Recent work includes Douglas Carter Beane’s “The Closet” at Williamstown Theatre Festival. With David Bridel, he is co-author of the new musical comedy “The Glorious Death of Comrade What’s-His-Name” and the comedy “Big Shoes.” He is also a composer with original works recorded by the London Symphony, Warsaw Philharmonic, and Moravian Philharmonic Orchestras.

Bradley Dean returns to McCarter Theater Center where he starred as Tito in the world premiere of “A Comedy of Tenors.” Currently appearing on Broadway as Monsieur Andre in “Phantom of the Opera,” Dean’s other Broadway credits include “Dear Evan Hansen,” “A Little Night Music,” “The Last Ship,” “Company,” “Spamalot,” “Doctor Zhivago,” “Jane Eyre,” “Evita,” “The Story of My Life” and “Man of La Mancha.”

Debbie Gravitte – Tony Award winner, Grammy Award and Emmy nominee, Debbie Gravitte, one of Broadway’s biggest personalities, has found herself in demand from the Broadway stage to the concert stage and beyond. After making her Broadway debut in the original cast of “They’re Playing Our Song,” she went on to appear in “Perfectly Frank,” “Blues in The Night,” “Ain’t Broadway Grand,” “Zorba,” “Chicago,” and “Les Misérables.”

Jackie Hoffman – Nominated for an Emmy for her role of Mamacita in FX’s “Feud: Betty and Joan,” Jackie Hoffman can currently be seen in the critically-acclaimed Yiddish, Off-Broadway production of “Fiddler on the Roof.” She is also in Ryan Murphy’s latest Netflix series “The Politician,” TruTV’s “At Home with Amy Sedaris,” and Laura Kosann’s most recent film “The Social Ones.”

Laura Osnes is a two-time Tony Award nominee for her memorable performances in “Rodgers + Hammerstein’s Cinderella” and “Bonnie & Clyde.” Other Broadway: “Bandstand,” “Anything Goes,” “South Pacific,” “Grease.” She made her film debut starring in two Hallmark original movies last year, “In The Key of Love” and “A Homecoming For The Holidays” and portrayed Shirley MacLaine in the FX miniseries “Fosse/Verdon.”

Following “The Big Time,” the next and final performance in the Princeton POPS series will be “The Art of the Movie Score,” conducted by Rossen Milanov and featuring violinist Daniel Rowland in a showcase of music from “Star Wars,” “Harry Potter,” “Vertigo,” “La La Land” and more.