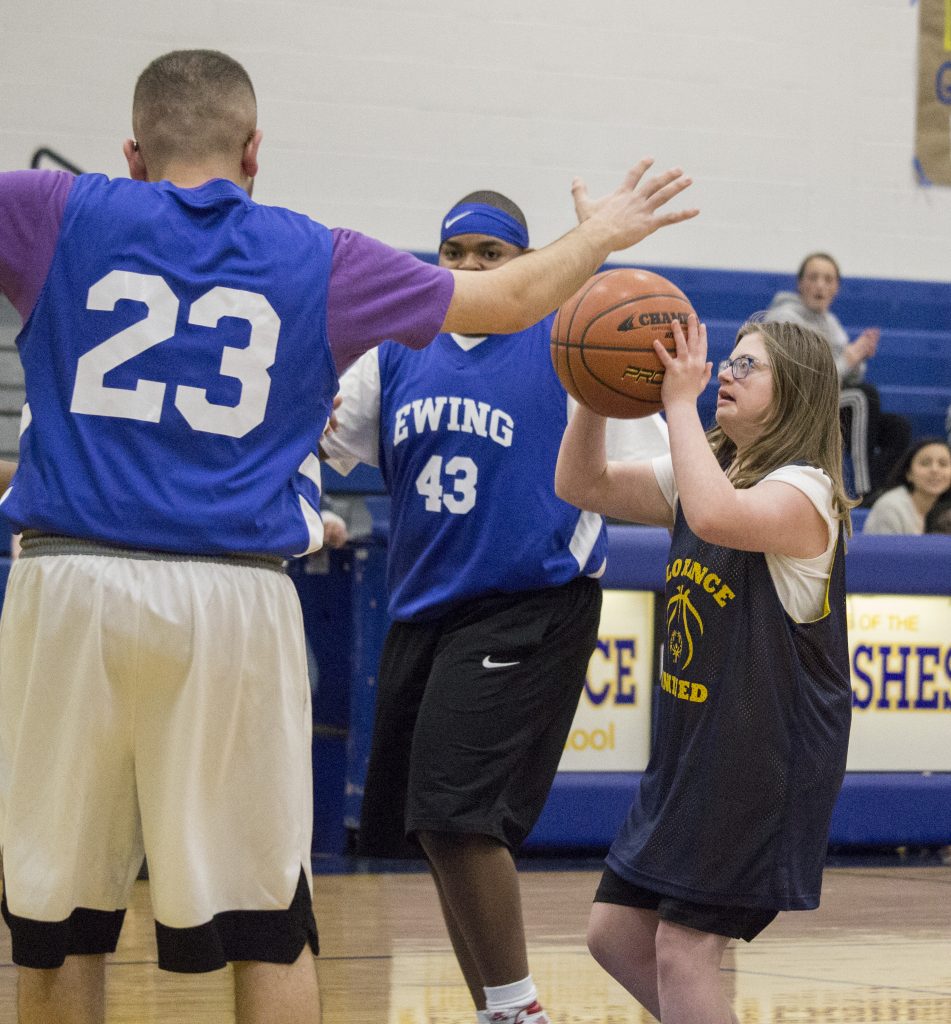 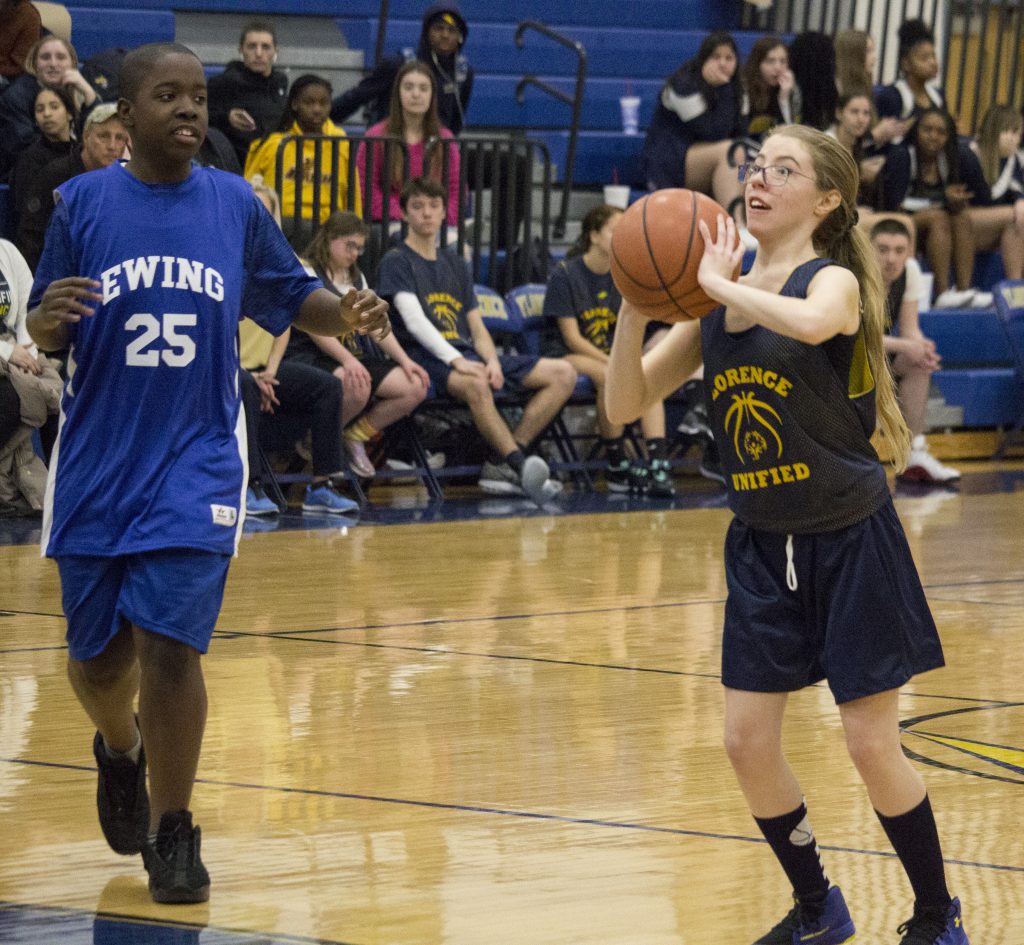 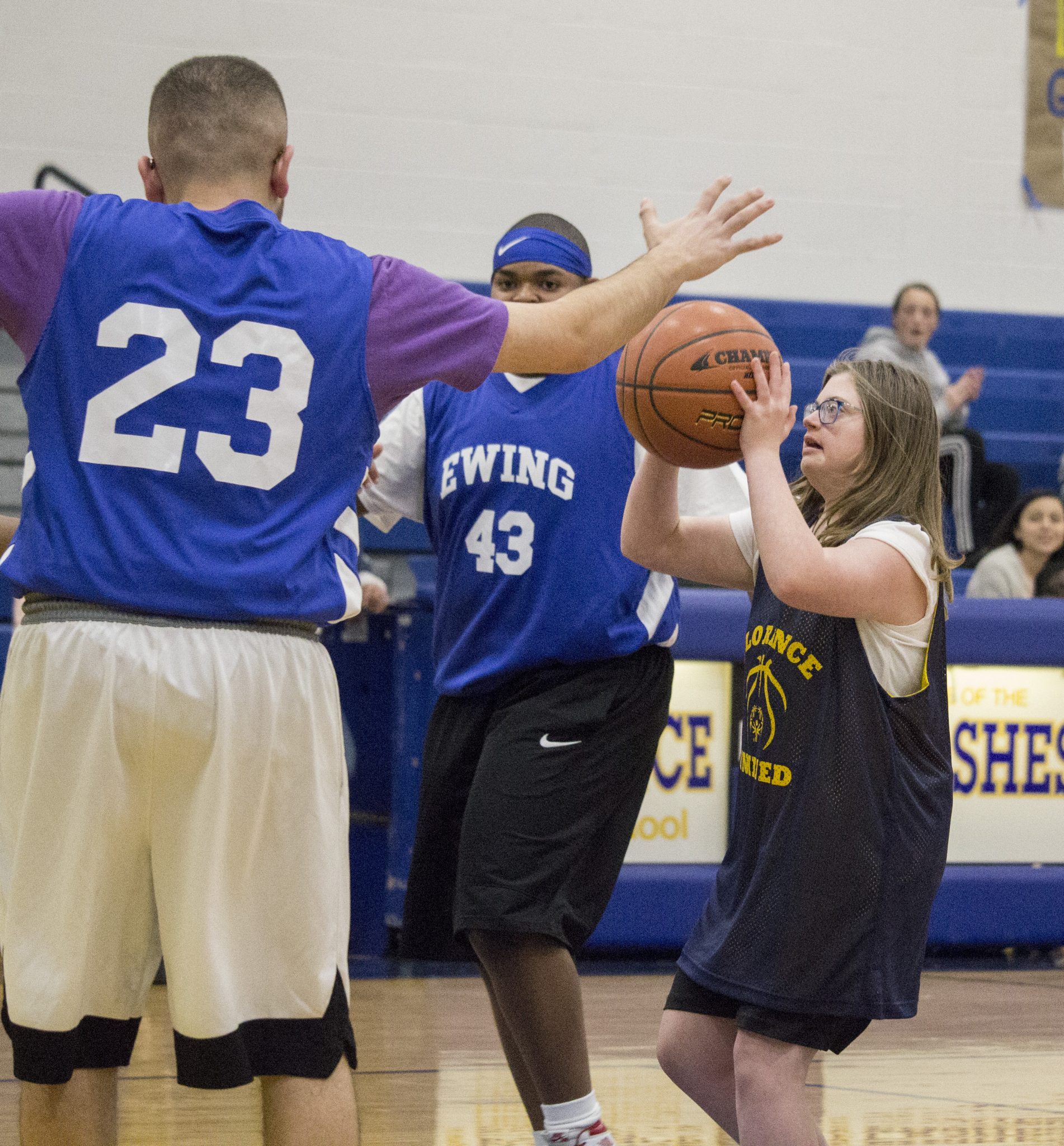 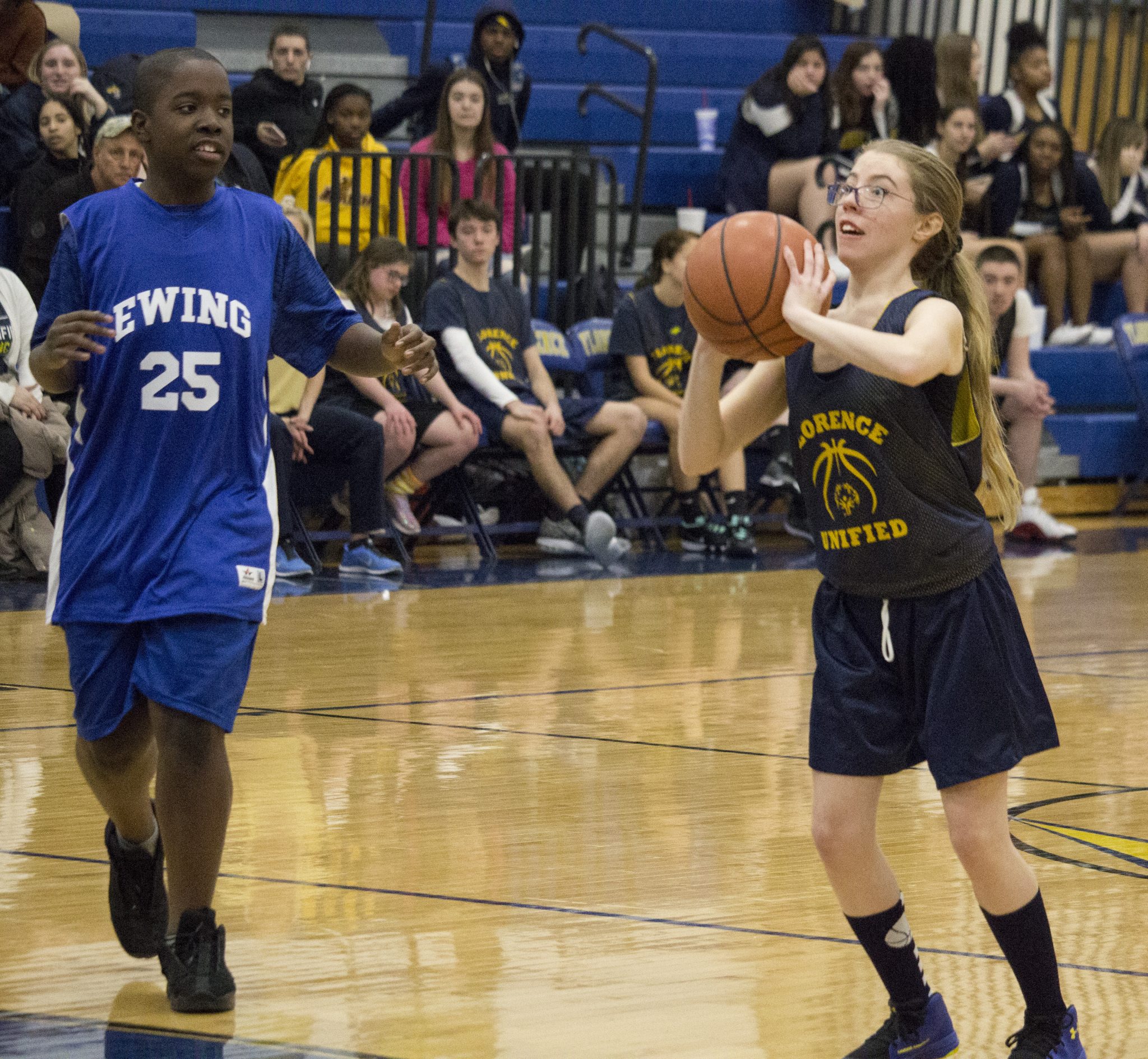 As part of an opportunity to provide special education students with the ability to compete in a scholastic athletics program, the Florence Township Memorial High School Unified Basketball Team tipped off in its first game this year.

The all-inclusive basketball team began its season on Jan. 22 at the high school gymnasium for the first official program home opener when Florence students, patrons and friends came out to support the newly formed squad as it squared up against the Ewing Blue Devils program. District officials said all proceeds from the game’s concession stand went to support the unified program as part of the Special Olympics of New Jersey.

The competition stemmed from a decision in August 2019 by the Florence Township School District to expand its Special Education programming to include a Multiply Disabled program at the high school. Officials said to make this program a success, the district partnered with Special Olympics of New Jersey to become a “Unified Champion School.”

Officials explained that as part of the program, the district allowed students whose needs place them in the most restrictive classroom environment to be included in programming, which specifically highlights their abilities, and celebrates their involvement in activities where they traditionally would not have the ability to participate.

Florence Township Memorial High School Assistant Principal and Athletic Director Richard Lee, who was one of the main advocates of the unification program for the district, said it gives students a new opportunity to connect with their fellow classmates.

“Inclusivity is something that has been lost on traditional education since special education became a focus locally and nationally,” Lee said. “What we have done is created access for students in those classrooms with parallel programming and extra curriculars…. It’s about seeing the students shine in new environments. We created a whole new world for engagement.”

Involvement in this program is aimed to give young people of all abilities to be inclusive leaders and athletes, and engage their school community. Officials said they intend to create an environment where every student feels challenged, supported and connected.

Officials explained that in order for the high school to become a Unified Champion School, it had to meet a three-prong set of requirements, which include the implementation of a physical education program for the students; a community involvement component; and a unified leadership component.

For the physical education program, district officials fielded the idea of creating a unified basketball team for the students to compete and engage in. For the community involvement, officials said they plan to engage a component of inclusivity and unification to on-campus events, such as pep rallies and student activities.

For the unified leadership component, officials said they plan to have the students partake in communal activities, such as youth summits and/or engage in community and fundraising activities.

Officials explained the combination of these three components provides the most opportunity for creating positive school climates. The focus is to move beyond volunteerism toward more interaction, building relationships, creating equal opportunity, and leveling the playing field so students discover their uniquely different abilities, officials said.

Florence Township Superintendent of Schools Donna Ambrosius attended the unified basketball team’s season opener to cheer on the district’s students and staff involved in the program.

Ambrosius expressed her pleasure with the program so far and also noted the importance of it to make the district more inclusive for students.

“We wanted to work on enhancing the school culture and finding different ways that most of our students felt included,” Ambrosius said. “We really wanted to take the lead on that and have it come to fruition, so we have different events throughout the year to get our students and staff involved with knowing ‘What is Unified?’ We have been real excited to get the game going with the students coming out, our staff and cheerleaders here to change the culture for everyone involved. It is very moving to see everyone come out.”

The Florence superintendent also said the turnout for the program’s first game is also a step in the right direction toward the district’s commitment to influence the culture of its schools.

“The best part is seeing that we are one community,” Ambrosius said. “The students are changing the culture, and it will have future impact.”

Young Bordentown squad motivated to turn things around this season