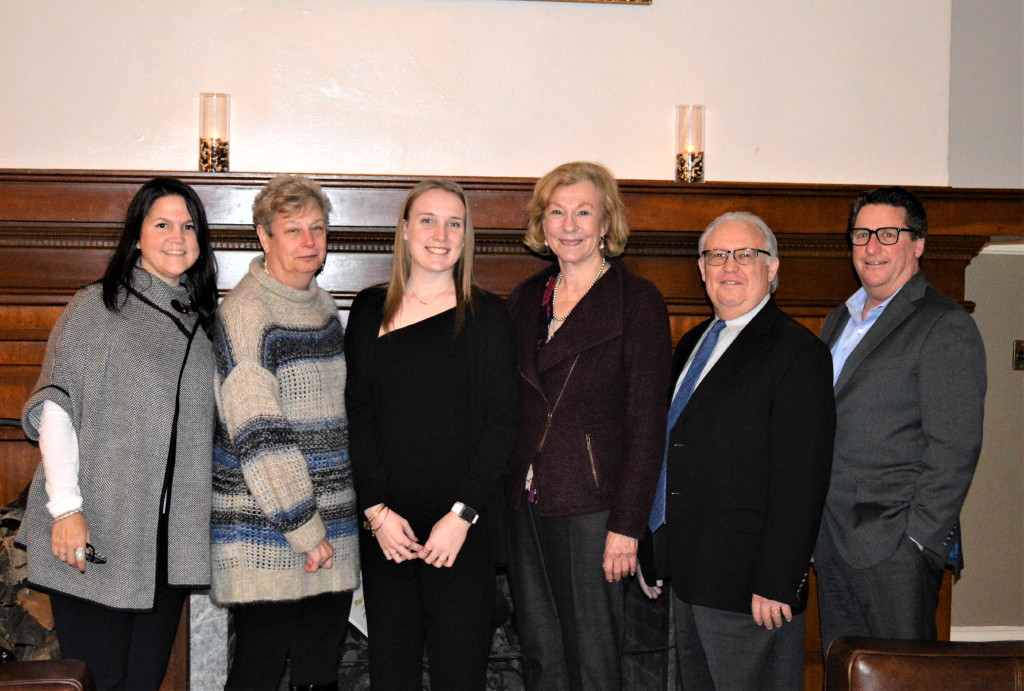 An Old Bridge High School senior has been recognized for her determination and willingness to give back to her community with a scholarship from the Ann Baran Mentorship Fund.

Community Access Unlimited (CAU) presented a check to Kimberly Barberio for $2,000 toward her college education at Suburban Golf Club in Union last week, with her family in attendance.

Baran was a Union County leader known for her positive attitude, strong values and sense of humor. She was the first female county manager in state history and served on the CAU board of trustees before she lost her battle to cancer in 2006. CAU is a Union County-based, statewide nonprofit that strives to integrate people with disabilities and at-risk youth into the general community through comprehensive supports, according to information provided by Amy Delman Public Relations.

“We are proud to continue to offer this scholarship to support young women who demonstrate leadership and embody Ann’s values,” CAU Executive Director Bernadette Griswold said in the statement.

Barberio plans to pursue a bachelor’s degree in nursing. Through a three-year medical training program at school, she has explored a medical environment shadowing an orthodontist and sterilizing equipment. Over the summer she has volunteered at Camp ROBIN, a recreation program for children with disabilities, and she balances a busy schedule during the school year playing field hockey and participating in the National Honor Society and other clubs, according to the statement.

“I think in eighth grade I got interested in science – it just stuck,” Barberio said in the statement. “I’ve liked working in different departments and not just one area.”

She added that she looked forward to shadowing a family member who is a nurse this week and touring her hospital.

“She’s a hard worker, very conscientious and donates a lot of her time to volunteer,”  her father Bill said in the statement. “We’re very proud of our daughter.”

“She was all about advancing not only herself but other women and was a mentor to many,” Union County Clerk Joanne Rajoppi said of Baran.

“You should aspire to be a leader in your community and with your peers,” she told Barberio. “If there’s one thing Ann did better than anyone it’s pay it forward. So congratulations and pay it forward.”