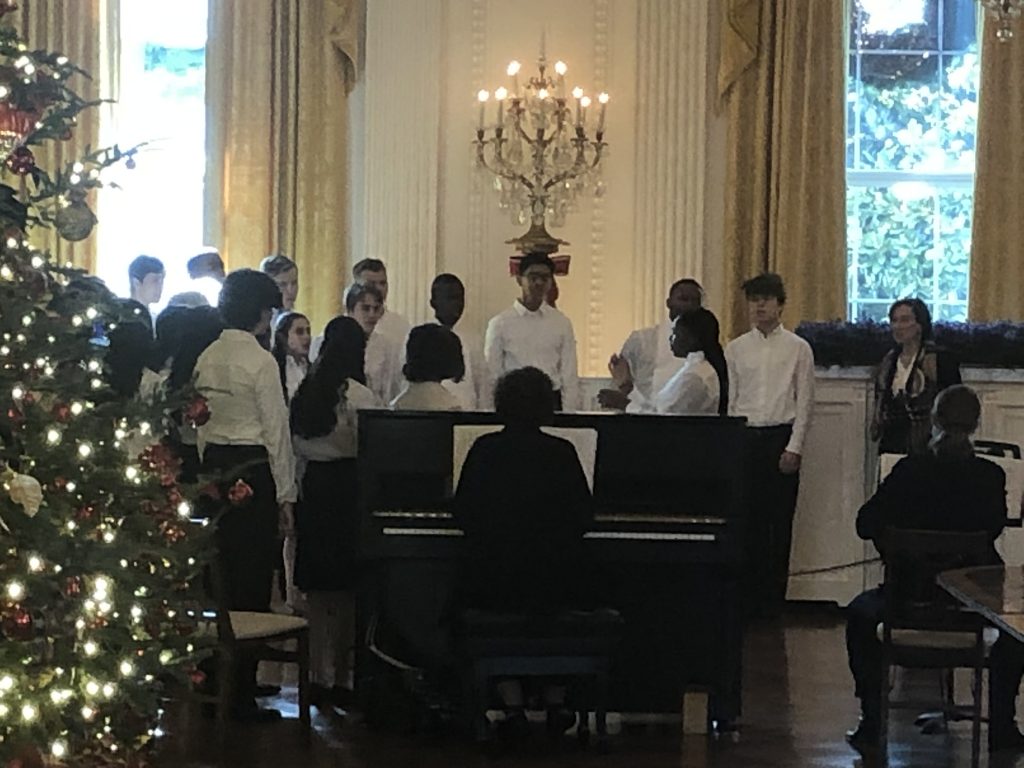 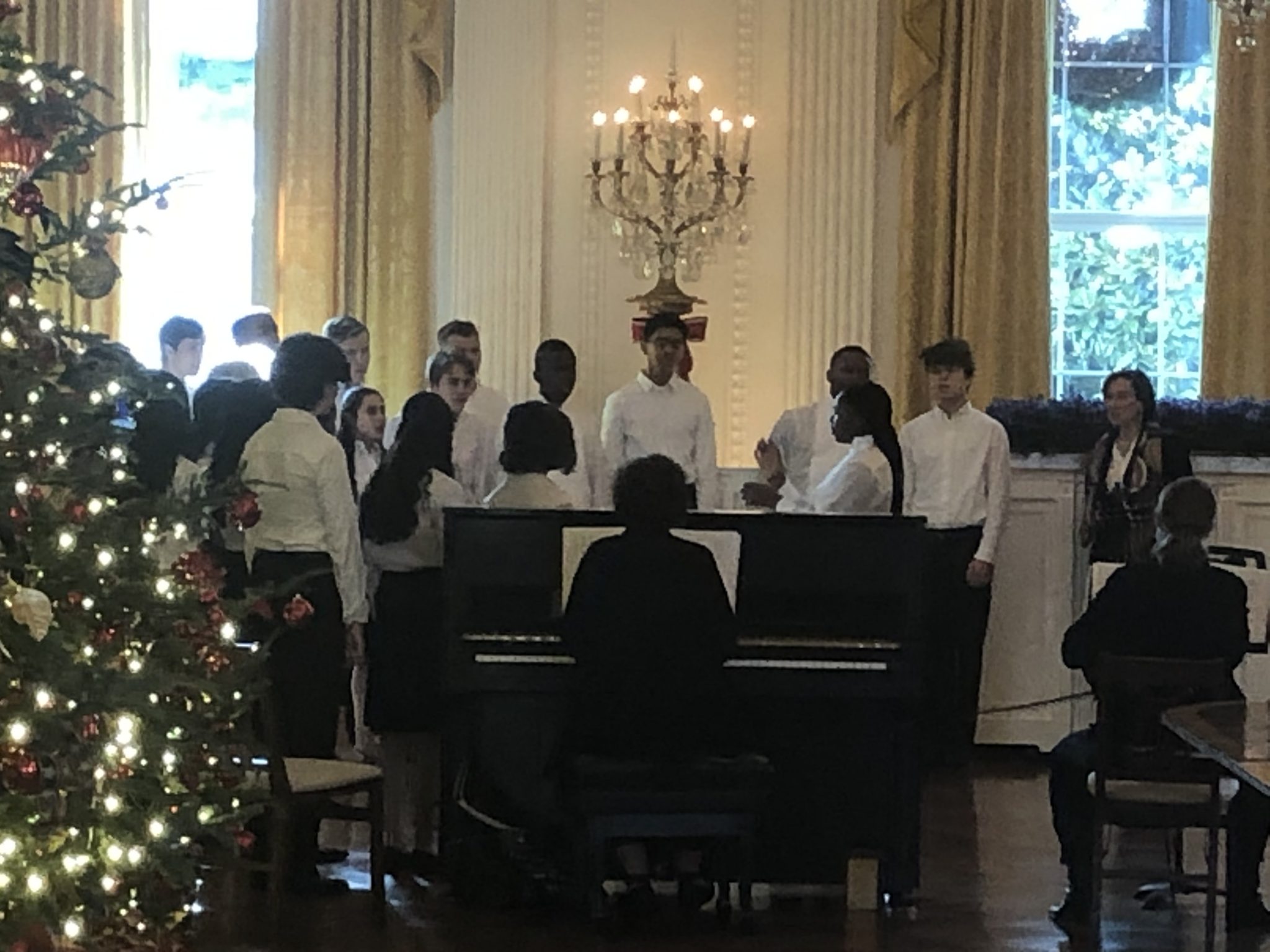 The Trenton Children’s Chorus (TCC) launched its 30th anniversary season with its ninth annual benefit, One Voice, in September at Morven Museum and Garden in Princeton.

According to TCC officials, with nearly 250 attendees, the fundraiser raised more than $135,000 to support Trenton Children’s Chorus.

The event showcased TCC alumni Azhaneet Blackwell and Taylor Pickett-Stokes, who demonstrated the impact TCC has on its members through their own individual performances.

“Our 30th year has already been marked by a record-breaking amount raised at the One Voice benefit. But an even greater marker at this event was the presence and performance of our young alums, Taylor Pickett and Azhaneet Blackwell,” said TCC Artistic Director Patricia Thel. “These young women are the embodiment of our goals for our students.  Their strength of character, composure, and articulate and gracious presentations are the real mark of TCC – a testament to what we can all do together.”

Blackwell, a 2018 graduate of the program and current Westminster Choir College student, sang an original composition, “The Sun Will Rise,” which was recently recorded on the Starbucks label.

Pickett-Stokes, TCC class of 2010, is a graduate of Montclair State University, performs under the alias “Soulful Tee,” and advocates for the Trenton community as operation supervisor of the Rescue Mission of Trenton.

“Through TCC, I learned to find the meaning in songs, be quiet and pay attention during concerts, and to work hard to develop your talent,” said Blackwell, who wants to share her love of music with a career in teaching. “I’m just another person trying to do some good – hopefully I can pass that on to others.”

TCC is looking forward to celebrating its 30th anniversary concert on Saturday, April 25 at Miller Chapel at Princeton Theological Seminary. The event will begin at 7 p.m. and will be followed by a reception, according to TCC officials.

The cost for the concert is $30, and the concert and reception is $60. The evening will include performances by Trenton Children’s Chorus, Princeton University Sinfonia, Westminster Conservatory Vox Amicus choir, Nassau Presbyterian Children’s Choirs, and Trinity Episcopal choirs.

This season, the chorus has established partnerships with Boys and Girls Club of Mercer County and The College of New Jersey and performed with Princeton Pro Musica.

In December, TCC Chorale, along with Westminster Conservatory’s Vox Amicus – two choirs comprised of area high school students – performed a private concert for diplomats and military families at the White House. One TCC Chorale singer, Kynedy, had the honor of conducting “Hark! The Herald Angels Sing” for the appreciative audience.

“I was thrilled that Ms. Thel invited me to conduct at the White House,” said 15-year-old Kynedy. “The applause we received was amazing – to know that our singing was making a difference in these people’s lives. It’s a great feeling.” Kynedy and her peers also enjoyed a once-in-a-lifetime tour of the White House.

In addition to the 30th anniversary concert in April, upcoming performances include: a Black History Month Concert with the renowned Westminster Jubilee Singers on Monday, Feb. 6; the annual Spring Into Song program hosted by the Hopewell Valley Chorus on Sunday, March 29; and The Trenton Children Chorus Spring Concert on Friday, May 15.

Founded in 1989 under the leadership of Marcia Wood and the late Sue Ellen Page, Trenton Children’s Chorus has grown into an organization where children and youth in the Greater Trenton area can experience exceptional music education, collaborative events, and performance opportunities along with academic support and healthy snacks after school, according to TCC officials.

TCC’s life-changing experiences of reaching new heights of achievement through the disciplines of rehearsal and performance are designed to help its participants appreciate the value of self-discipline and commitment to a goal; broaden their outlook on life believing that a wide range of possibilities are available to them; build skills that will promote their future success and happiness; enhance their self-esteem; and embrace the transformative joy of music.

They are also taught to recognize the importance of community, valuing the support and friendship they receive from others, and actively contributing their talents and friendship to the group.

In a city with a 33% dropout rate, 100% of TCC high schoolers graduate and attend college. No child is denied enrollment due to financial challenges, and scholarships for tuition, summer camps, and college are available to members. Registration for new members is now open until Feb. 1.