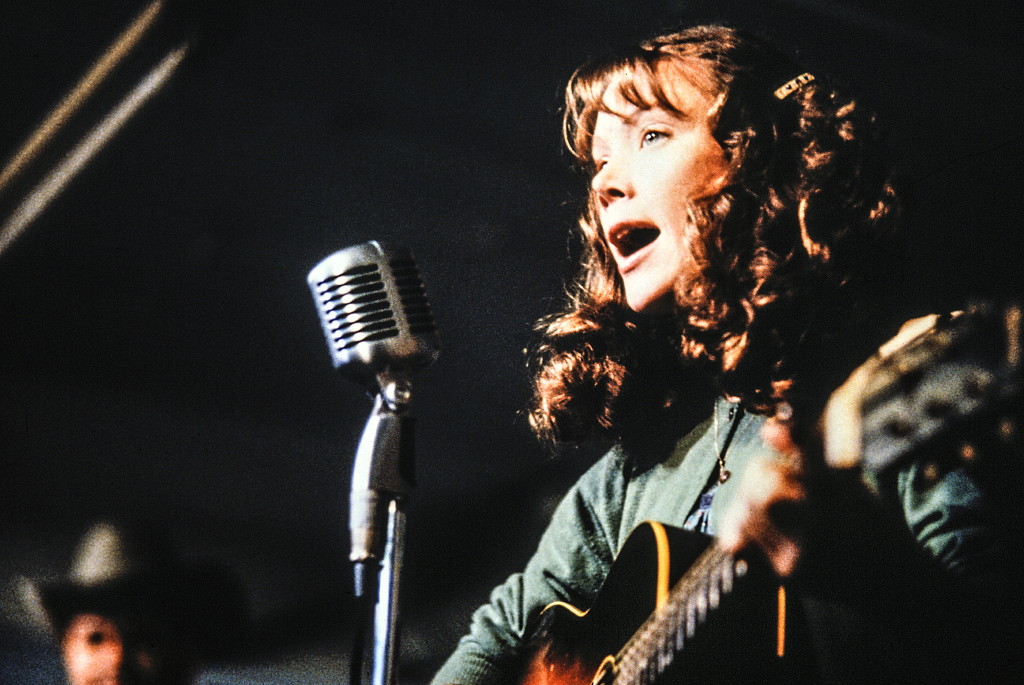 When Hollywood wants a good melodrama, it turns to country and the
people who make it.

When it comes to entertainment, Hollywood and Nashville are sister cities.

Rock ‘n’ roll biopics may be in favor for now, with Rocketman saluting a sequined Elton John, and 2018’s Bohemian Rhapsody winning Rami Malek an Oscar as Queen frontman Freddie Mercury. But ever since singing cowboy Gene Autry rode the big-screen range, country-western music and its stars have been part of the movies.

So, when Hollywood wants a good melodrama, it turns to country and the people who make it.

Sometimes the movies don’t even need to make things up. Coal Miner’s Daughter (1980) set the gold standard for down-home biopics, starting with the choice of Sissy Spacek as the legendary Loretta Lynn.

Even though she was Lynn’s pick, Spacek was terrified; the actress even demanded she sing onscreen, not lip-sync, in hopes the producers would back off. The producers called her bluff and Spacek ended up not only singing the heart out of the title track and other Lynn favorites, but also picked up a Best Actress Oscar for her outstanding performance.

Although the film featured a surprisingly warm Tommy Lee Jones as Lynn’s husband, its bittersweet core was the singer’s friendship with Patsy Cline. Cline would get her own movie in Sweet Dreams (1985), a picture that took her from crossover stardom to tragic death. It won Jessica Lange an Oscar nomination, but purists picked at it for fudging some facts and relying on lip-syncing.

Sticking closer to real life was Walk the Line (2005), the story of Johnny Cash. Doing his own vocals and guitar playing, Joaquin Phoenix was uncanny as the Man in Black, and Reese Witherspoon had her own Oscar-winning turn as the spunky June Carter. Although the film focused on a small part of Cash’s long and varied career, it captured his dark charisma.

Other movies found their own truth by making things up. Director Robert Altman’s Nashville (1975) was less about the town than the entire country, using music and the upcoming bicentennial as a backdrop for thoughts on where the United States was headed. A sprawling saga, it featured two dozen characters and an hour of music, but the clear standout was a lanky Keith Carradine crooning “I’m Easy.”

Tender Mercies (1983) was another original, based on a screenplay by Horton Foote. He sent his old pal Robert Duvall the script, but while the actor loved it, the studio wasn’t sure; quiet films about regretful, middle-aged men weren’t exactly in style. But audiences were touched, and come awards time, the veteran actor picked up a long-deserved Oscar.

Sing a country song, win a golden statue? That same old tune was reprised when Jeff Bridges grabbed his Best Actor prize for Crazy Heart (2009), playing a guitar-picking rascal. Like Duvall and Phoenix, he portrayed a self-destructive character looking for forgiveness, and also like Duvall, his prize was overdue.

Less appreciated was Rip Torn. When he died on July 9 of this year, obituaries mentioned Men in Black and The Larry Sanders Show, but only a few noted the little-seen Payday (1973), in which Torn brilliantly played an irredeemable country-western scoundrel. Later, in 2005’s Forty Shades of Blue, Torn would return to the genre as an aging Memphis record producer; pair these two films with his cousin Sissy Spacek’s Coal Miner’s Daughter for a true family triple-feature.

Still, there’s an awful lot of death, drink and divorce here; aren’t there any happy country-music movies? Well, why not let Dolly Parton serve up the kitschy comedy of 1984’s Rhinestone, a frantic farce costarring that grand ol’ favorite … Sly Stallone? Yo, y’all. One way or another, you’re bound to laugh.

More inspiring, and far more authentic, is 2015’s Dolly Parton’s Coat of Many Colors, a made-for-TV movie based on her life and her classic song. And for pure, Southern-fried entertainment, you can’t beat 1982’s The Best Little Whorehouse in Texas, where, as the song says, “There’s nothing dirty going on!” — just prime Parton, Burt Reynolds and a lot of winking fun.

Yes, rock ‘n’ roll may inspire hipper films. But it’s country that will always have Hollywood’s heart — and ours.