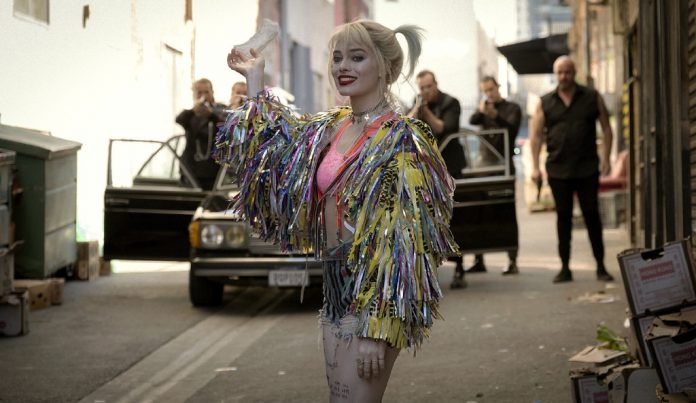 Harley Quinn (Margot Robbie) has a story to tell us. Joker and her have split up. Now that the college-educated psychiatrist gone mad is free of Joker, she is also free of his protection and her bad behavior has produced a slew of enemies. Those enemies are about to extract their long-sought revenge on the feisty Quinn, and her emancipation, as the extended title exclaims, is not as easy as one would think.

The biggest threat is Roman Sionis (Ewan McGregor), also known as Black Mask. He has longed to put Quinn in her place, and now, without the threat of retaliation from her boyfriend, Roman thinks she is easy pickings. He would be mistaken.

Roman, with his desire to get even with Quinn for her past misdeeds and his search for a diamond, is the prime antagonist in Birds of Prey. He has issues with everyone, including himself, and those issues tie all of the women in the film together in one common enemy.

Detective Renee Montoya (Rosie Perez) thinks she has Quinn cornered, but that’s doubtful. She’s a female cop in the predominantly male department and is constantly passed over for promotion. Huntress (Mary Elizabeth Winstead) seems to be killing random bad men in Gotham City, but there is a method to her madness. Dinah (Jurnee Smollett-Bell) is a singer in Roman’s club who becomes his driver as well, thanks in part to Quinn. And Cassandra Cain (Ella Jay Basco) is a teenage pickpocket who steals the wrong thing and ends up with a $500,000 bounty on her head courtesy of Roman.

Different women, different stories, all needing to come together to defeat the evil Black Mask — but will they? The stories are linked, but the biggest linkage is the fact that these women are about to take control of their own lives.

A tale that is not without challenges, Birds of Prey does a good job of introducing us to these female characters, who’ve never met a man’s butt they couldn’t kick. Amid the violence, it’s the determination that these women have to stand on their own that shines through, and Robbie is a great choice to lead them out. She is able to portray all the innocence, vulnerability, intelligence and bravado in Harley Quinn.

At times the film felt off, but as it unspooled I found myself increasingly enjoying the trip. The violence can be over the top, but I think it helps establish these characters and their win-at-all-costs mentality.

I hope this is just the beginning of our time with the Birds of Prey. I’m happy to fly back to the theater and see where they head to next.

NEW THIS WEEK
Blumhouse’s Fantasy Island
Rated PG-13
Stars: Lucy Hale, Maggie Q, Portia Doubleday
Director: Jeff Wadlow
This is not your parents’ Fantasy Island. Sure, Mr. Roarke (Michael Peña) is here, sure, there are fantasies to fulfill, but make no mistake — these dreams are brought to life in a horror film as what seemed simple becomes very complicated.

Downhill
Rated R
Stars: Julia Louis-Dreyfus, Will Ferrell, Miranda Otto
Directors: Nat Faxon, Jim Rash
After barely escaping an avalanche, Billie and Pete are forced to reevaluate their marriage and how they feel about each other.

Ordinary Love
Rated R
Stars: Liam Neeson, Lesley Manville, Amit Shah
Directors: Lisa Barros D’Sa, Glenn Leyburn
Tom and Joan are a married couple who face a struggle when Joan is diagnosed with breast cancer. Together they will address challenges that encompass their past, their present and how to handle their future.

The Photograph
Rated PG-13
Stars: LaKeith Stanfield, Issa Rae, Chelsea Peretti
Director: Stella Menghie
Photographs connect a woman to her mother’s life and try to help explain all the things she couldn’t say. And through the journey, the daughter tries to understand her own budding relationship with a new man.