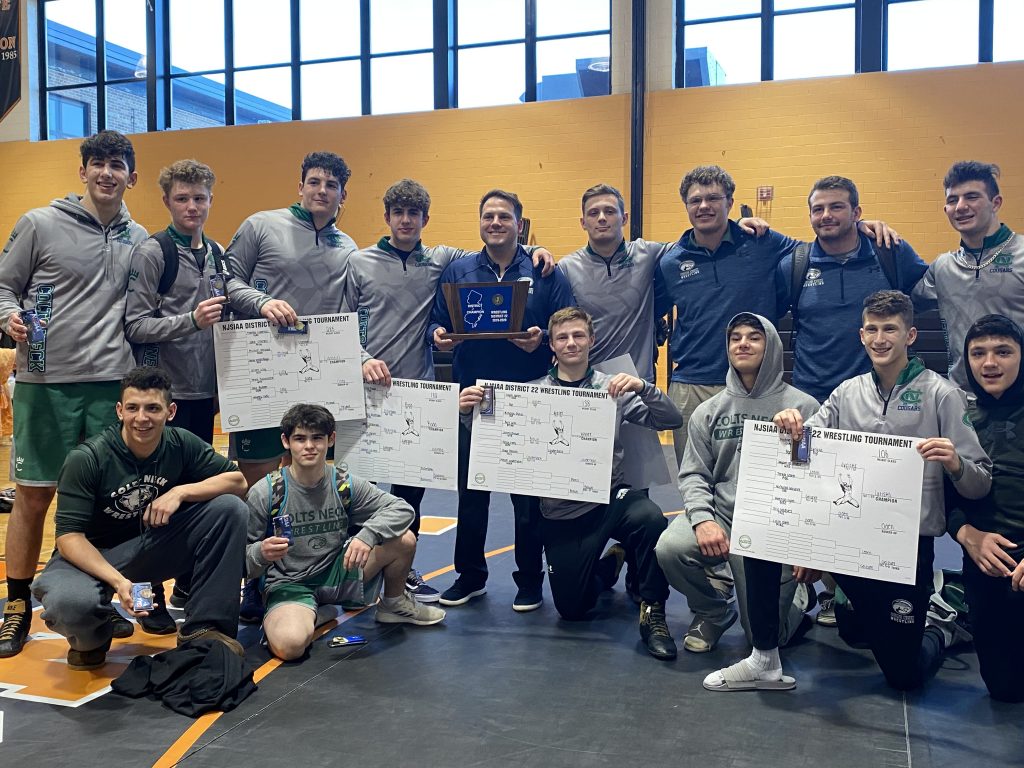 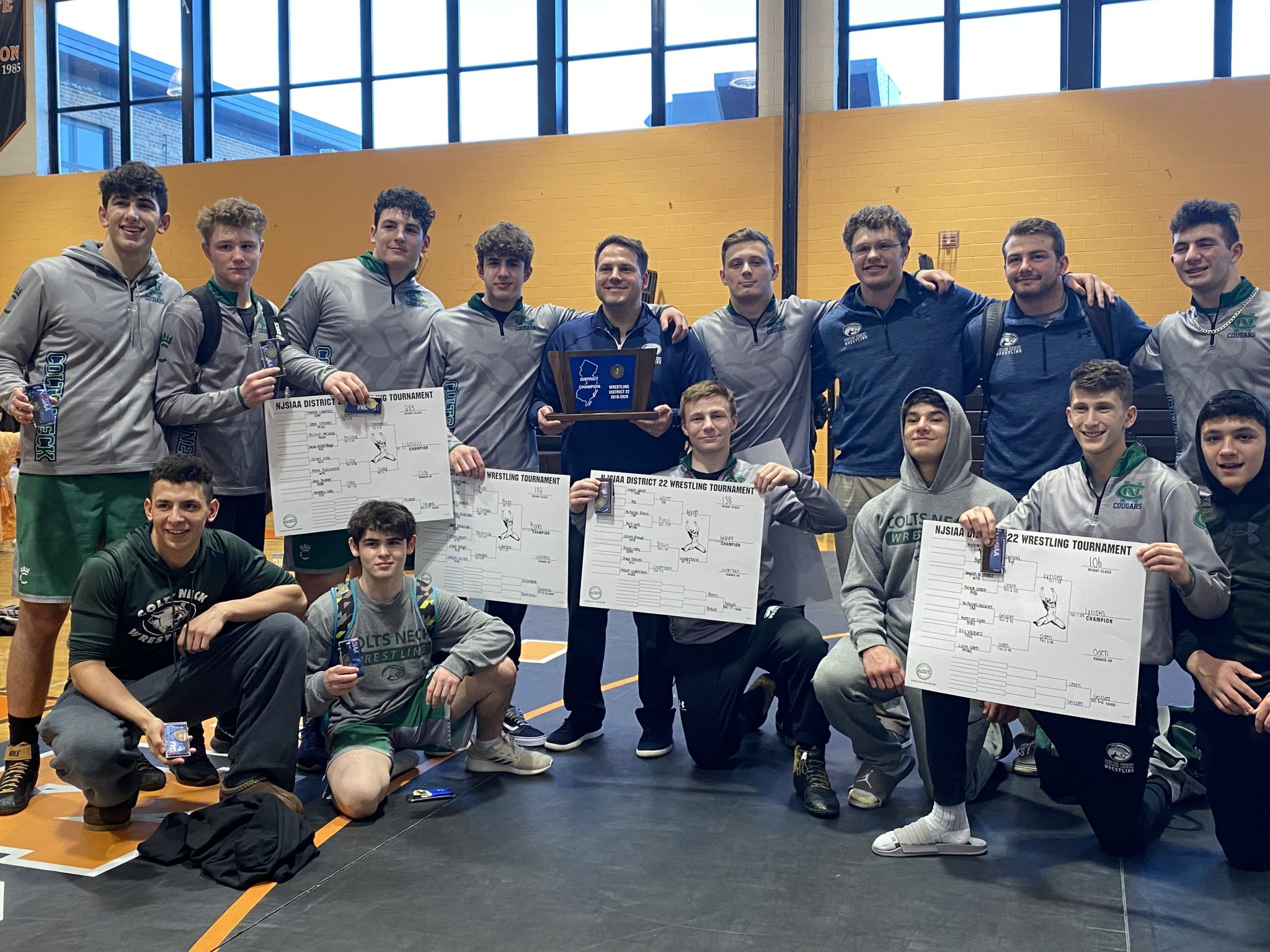 There were a lot of special moments made at the NJSIAA District 22 Tournament that was wrestled on Feb. 22 at Middletown High School North.

One being the Colts Neck High School winning its first district championship in program history. Colts Neck out dueled runner-up Middletown North, 223-197.5, to finish atop the team standings.

“It feels great. The guys did a great job and had a great tournament,” said Colts Neck coach Brett Jankos. “We’re excited. This is the first one in school history, so we’re really proud of that.”

The Cougars had five wrestlers take home gold at the district tournament, including senior Luke Rada, who won his third career district title with a 26-11 technical fall over Middletown North’s Gabriel Lurbrano Lavandera in final of the 182-pound bracket.

Lamparelli rolled to a 9-3 victory in his 120-pound final to give Allentown two district champions on the day. Senior Nicholas Golden (160) won his second straight district title at the tournament for Allentown, which finished fourth in the team standings with 106.5 points.

Christian Brothers finished third in the team standings with 140.5 points. Zander Silva, a 132-pounder, and 145-pound Tyler Barrett (145) each won a district title for CBA.

Reminder: All schools and associated properties are closed in South Brunswick