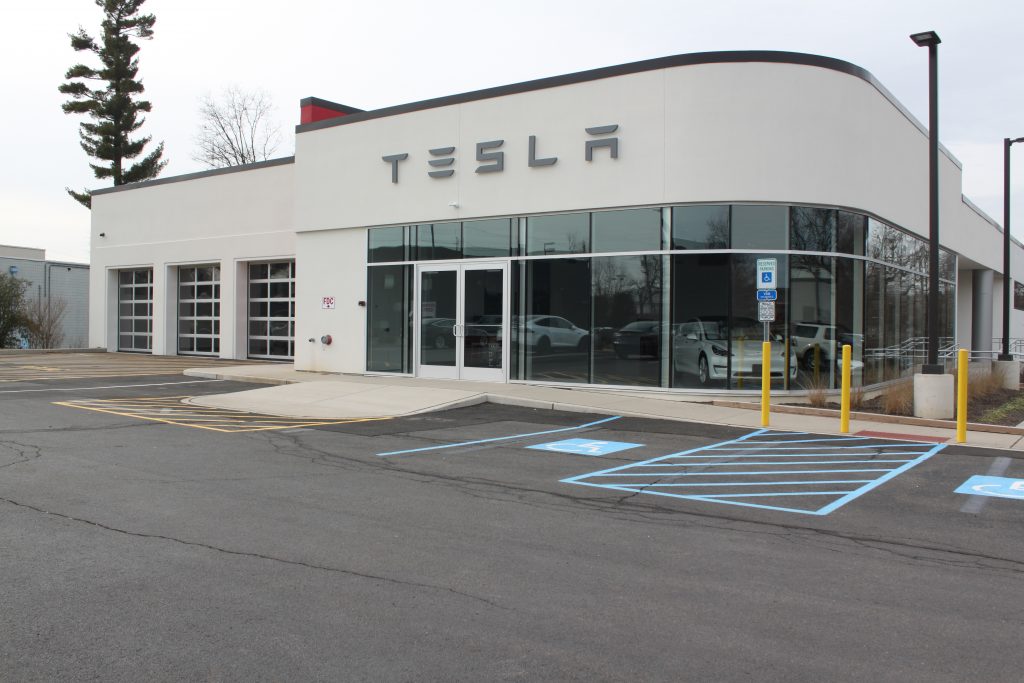 Tesla has opened its fourth dealership in New Jersey in front of the Mercer Mall.LEA KAHN/STAFF
× 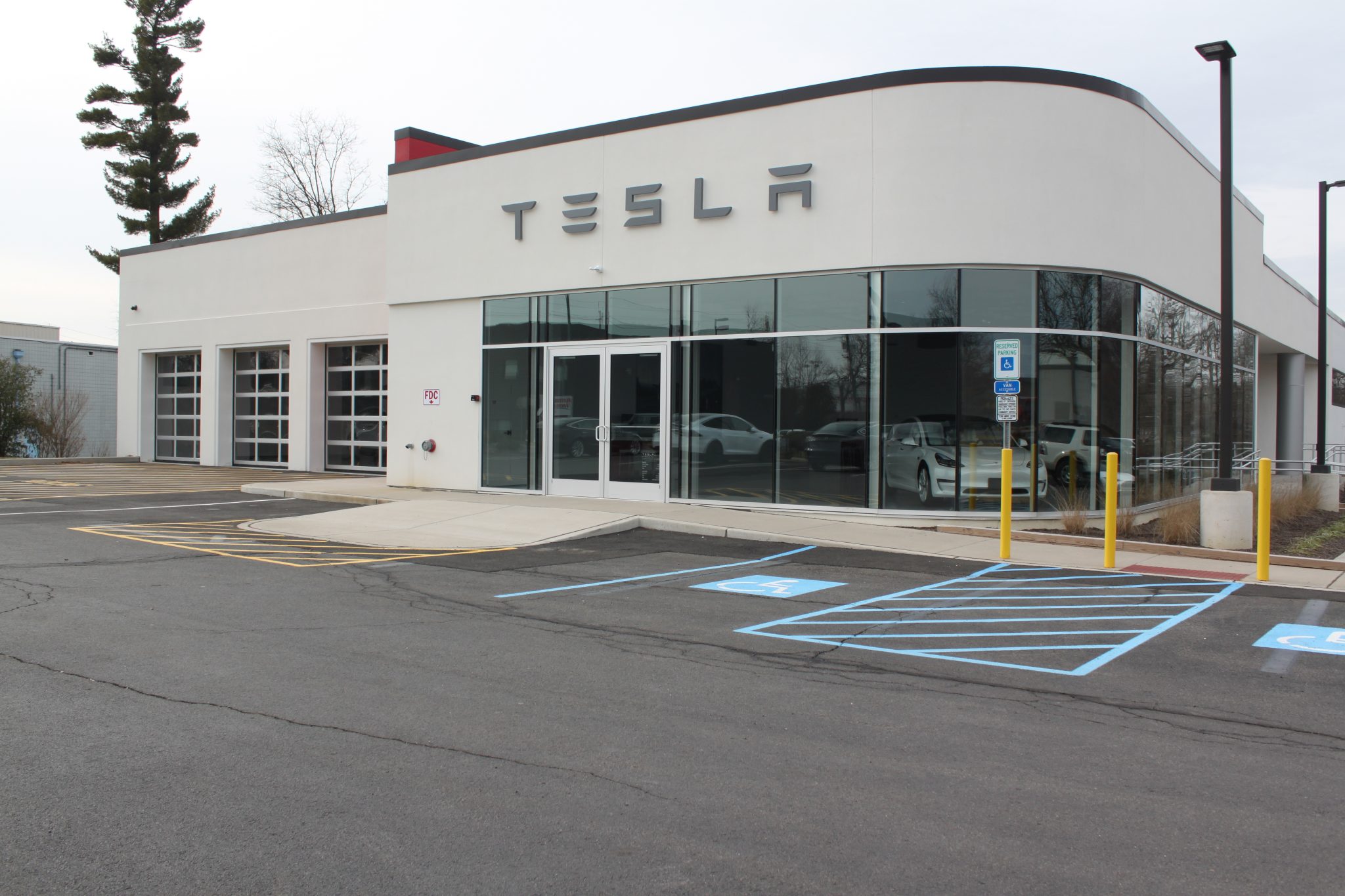 Tesla has opened its fourth dealership in New Jersey in front of the Mercer Mall.LEA KAHN/STAFF

With a snip of the scissors, Lawrence Township Councilman Christopher Bobbitt opened the newest Tesla sales and service center in New Jersey at 3371 Brunswick Pike, in front of the Mercer Mall, on Feb. 13.

The new store joins Tesla centers in Cherry Hill, Paramus and Springfield, making it the fourth one in New Jersey. Nationwide, there are more than 100 Tesla dealerships.

The store in Lawrence Township offers both sales and service in its 20,000-square-foot location, across the entrance road from the Porsche Princeton dealership.

There are two service bays, and Tesla officials said more will added.

Tesla officials said that with sales and service centers in northern New Jersey and southern New Jersey, the company wanted to ensure that residents in central New Jersey could have easier access to view, test drive and purchase a Tesla. The Lawrence Township location offered the perfect opportunity to do so, they said.

State Assemblyman Dan Benson (D-Mercer, Middlesex) and state Assemblywoman Nancy Pinkin (D-Middlesex) were among the officials on hand for the ribbon-cutting ceremony.

Benson, who chairs the Assembly’s Transportation Committee, thanked Tesla officials for deciding to open its newest center in Mercer County.

“It is such a wonderful day to be here to celebrate the opening (of the new store) with you. Mercer County is my home county,” Benson said. He served on the Mercer County Board of Chosen Freeholders before his election to the state Assembly.

Pinkin, who chairs the Assembly’s Environmental and Solid Waste Committee, also praised Tesla for opening a site in Mercer County.

“Every one of us usually has the opportunity to drive to New York or to drive to  Philadelphia,” Pinkin said.

“When you do that, you see the air and it could be a beautiful, sunny day, but you just see the pollution. We are a very densely populated state, and so 40 percent of the carbon footprint comes from transportation,” Pinkin said.

Benson said Tesla’s electric vehicles “are making the air cleaner now. It means our future will be better and brighter.”

Rebates of up to $5,000 will be available to purchasers of electric vehicles, including Teslas, under legislation signed into law Jan. 17 by Gov. Phil Murphy.

The new law was co-sponsored by Benson and Pinkin, along with state Assemblyman James Kennedy (D-Middlesex/Somerset/Union) in the Assembly.

Since its inception in 2003, Tesla has sold more than 900,000 cars. Production is set to increase “dramatically” in the years ahead, company officials said.

Monmouth County has 647 positive cases of COVID-19 as of March...

Seventeen new cases reported in Monroe; total up to 56

Old Bridge positive COVID-19 cases rise to 63 after report of...