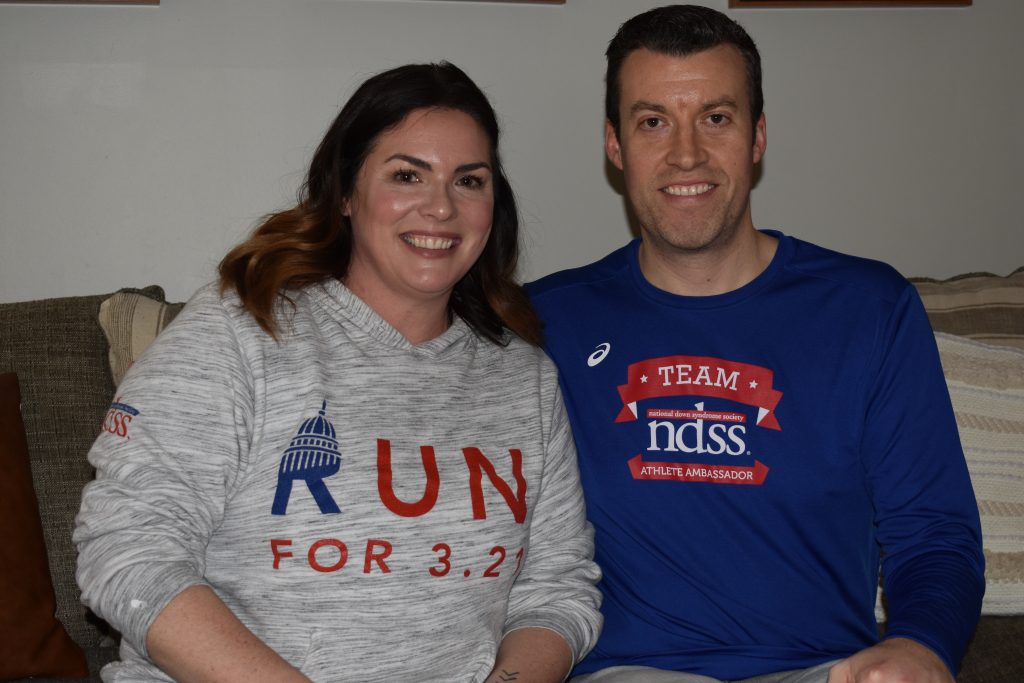 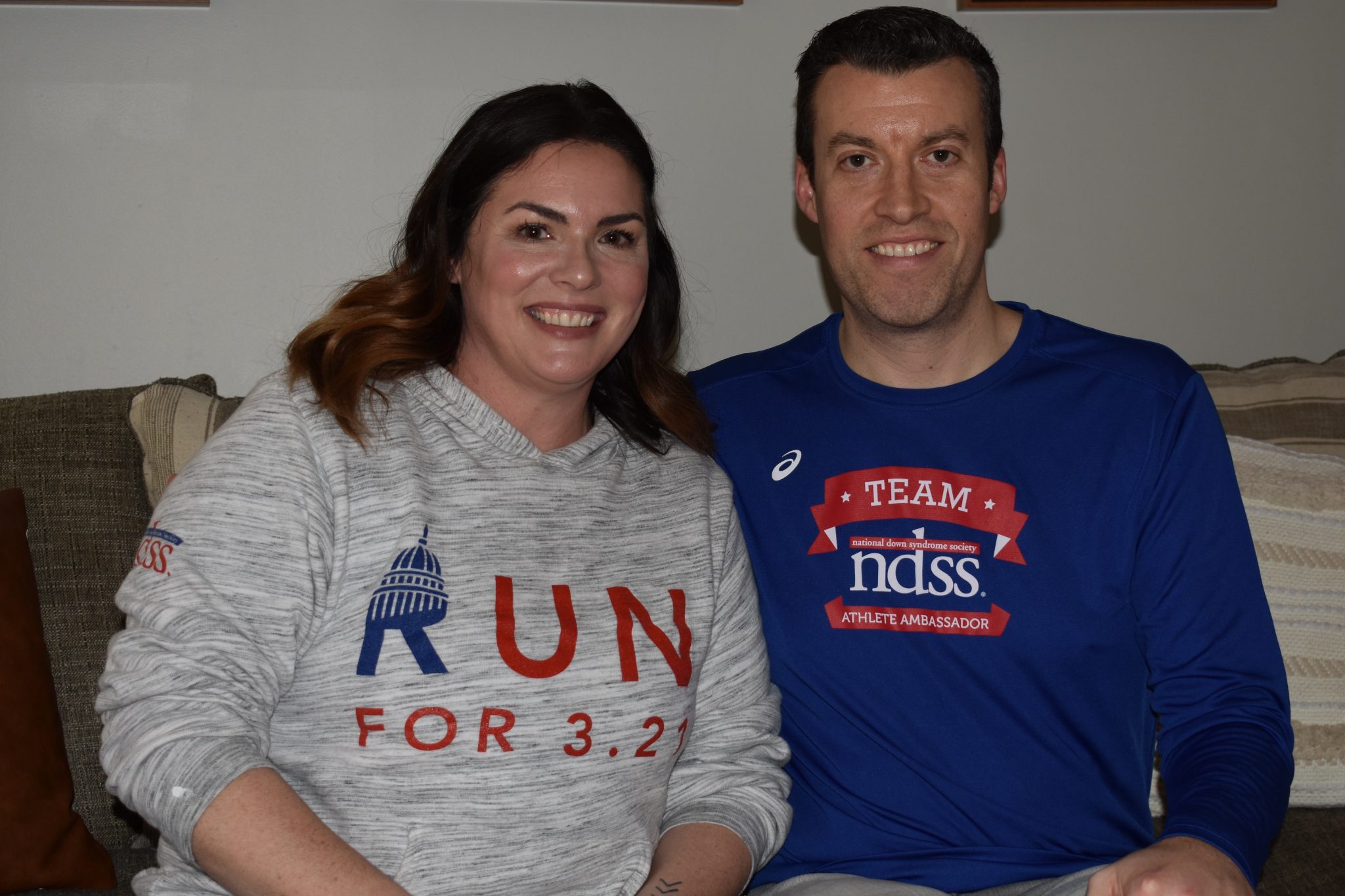 HAZLET – A husband and wife from Hazlet are planning to run more than 250 miles with a little help from their friends.

Dori-Anne and Jim Newton will participate in The Run for 3.21, a relay style run that will cover more than 250 miles from New York City to Washington, D.C. The Newtons will be on a team with 20 other runners.

The race is a fundraiser for the National Down Syndrome Society (NDSS). The run will culminate on World Down Syndrome Day on March 21.

According to ndss.org, “This amazing run … will showcase our mission: to enhance the quality of life for all people with Down syndrome, help them realize their aspirations and become valued members of welcoming communities.”

The race will kick off at the United Nations in New York City at 6 a.m. March 19 and end on March 21 on the steps of the U.S. Capitol in Washington, D.C. The runners will pass through New York, Princeton, Philadelphia, Baltimore and Wilmington Del., en route to Washington, D.C.

The Newtons said they have a 10-year-old daughter who has Down syndrome. The couple said they were expecting to give birth to a healthy baby girl and were surprised when their daughter, Isla, was born with Down syndrome.

“It was quite a traumatic event,” Dori recalled of that moment. “When we got through being scared and not knowing what to do, we found the NDSS and they have been so supportive and an integral part of our lives, helping us to learn about including people with disabilities (into normal life).”

Dori said the NDSS educates her family about what she described as “antiquated laws” that she said affect individuals who have a disability. For instance, Dori said individuals with disabilities and Down Syndrome are not eligible for organ transplants in some states.

Dori, who is participating in the race for a third time, said she and her husband will run with 20 friends from across the country. Dori and Jim met these individuals through the NDSS.

The Newtons said the athletes will take turns running in pairs of two in roughly 4-mile increments.

They said vans will transport the other team members and follow the two runners. After the two runners complete 4 miles they will take a seat in a van and two fresh runners will run the next 4 miles. Navigators will accompany the runners and plan the route for the race.

Each pair of athletes is expected to run a total of about 30 miles. After 48 hours of racing, the athletes will finish together in support and celebration of World Down Syndrome Day and of all individuals who have Down syndrome.

Dori explained the significance of 3.21. She said individuals with Down syndrome have three copies of chromosome 21 instead of the two copies a person usually has.

Dori, who competes in triathlons, said she and her husband are preparing for the race by running between 25 and 30 miles each week.

Jim, who calls himself a “very novice runner,” said this is his first year entering the race.

Although Dori said running in the middle of the night during the annual race can leave her “discouraged and tired,” the Hazlet mother said she is motivated to raise money for a foundation with a mission that is dear to her heart.

“We want to keep the NDSS moving forward,” she said.

Each athlete is required to raise $3,500 through fundraising efforts, Dori said. The team has a goal to raise $100,000 and the proceeds will be donated to the NDSS, she said.

The Newtons said they are raising money by selling baked goods, holding yoga workshops and hosting a fundraiser at their children’s elementary school. The couple joked that they are also “harassing friends and family for money.”

“The purpose of both of us (racing) this year is to set a good example,” Jim said. “We have two children. Theo is 8. I think (running for a worthy cause) sets a good example of healthy living for our family and to raise money for the NDSS.

Asked if she had any advice to offer her husband before the race, Dori told Jim to “have ear plugs and an eye mask” and laughed while she told him to “sleep when you can.”

To donate to this effort, visit https://www.classy.org/fundraiser/2549278

Reminder: All schools and associated properties are closed in South Brunswick