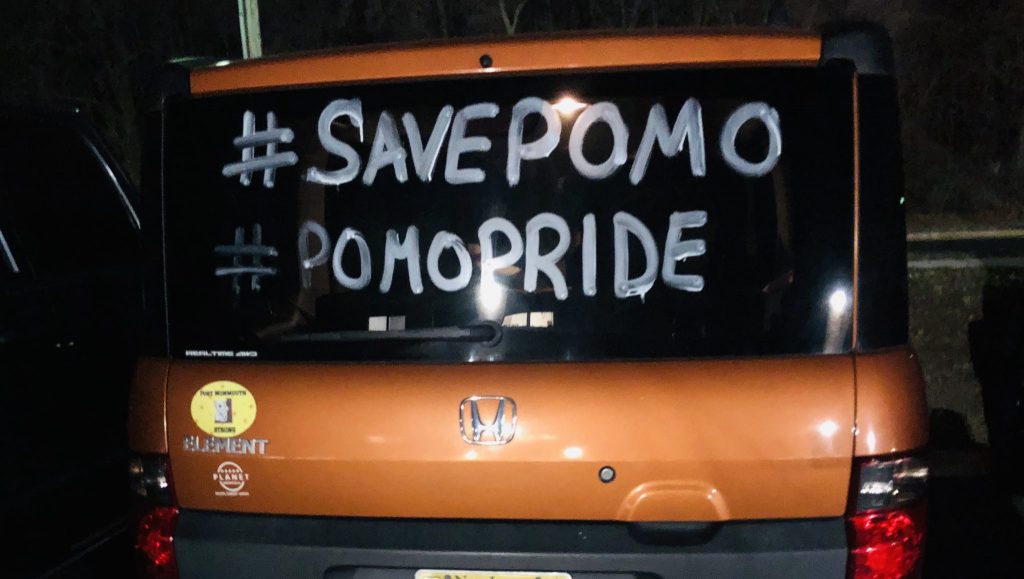 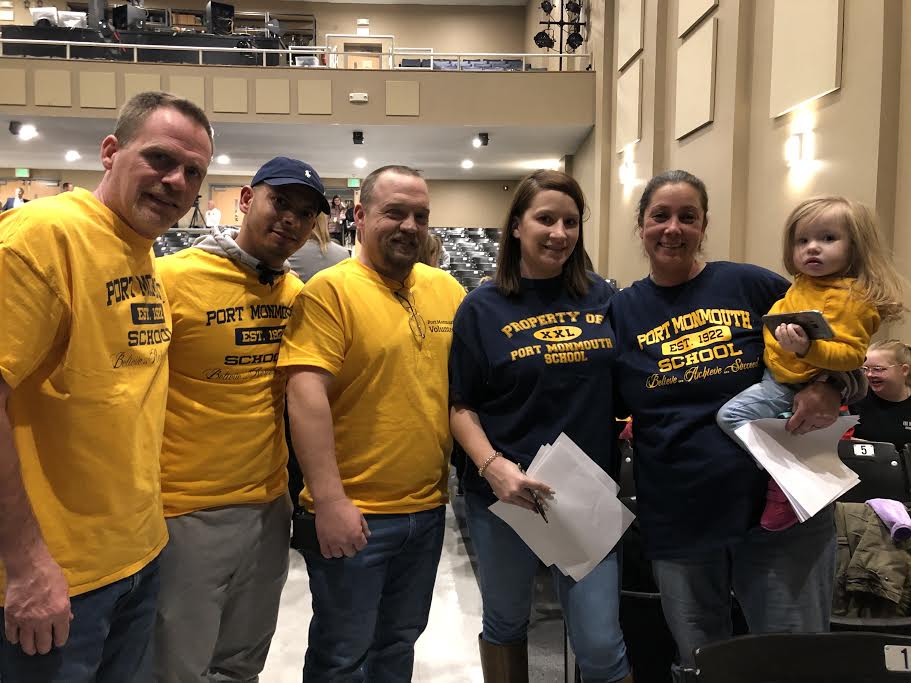 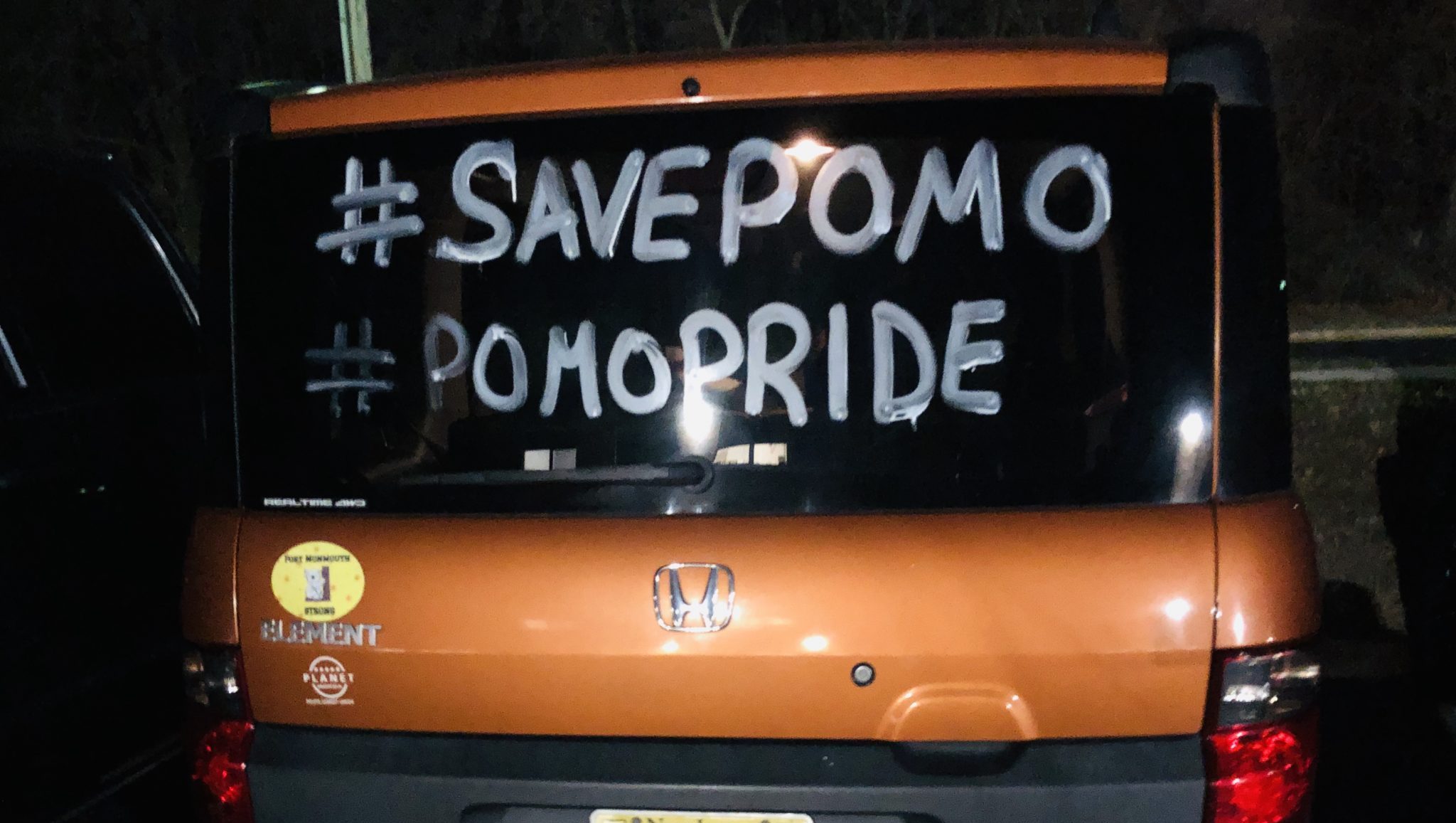 The Middletown Township Public School District Board of Education may soon vote to consolidate the Port Monmouth and New Monmouth elementary schools.

But the plan has been met with objections from parents and students.

The vote is scheduled to take place at 8 p.m. on March 11 during a board meeting in the library at Middletown High School North. The high school is located at 63 Tindall Road.

“I have seen the amazing social, emotional and educational opportunities Port Monmouth provides. Unfortunately … we can no longer afford (to keep the school open),” Superintendent of Schools William O. George III said during a community meeting on Feb. 24 at Middletown High School North.

George said a decrease in enrollment and a reduction in state aid were crucial factors in a decision to potentially close an elementary school. He said the decision to shutter a school is not being made lightly.

Referencing letters written by children who attend Port Monmouth, the superintendent said, “We are so proud of how (students) found their voice and actively participated in the democratic process, made signs and positive pleas for their school community.”

“We were looking at a $2.5 million deficit,” George said. “… We said let’s take out the things that aren’t going to impact programs, services and instruction, and the things we need to make sure our students can be successful.”

According to the consolidation proposal, in 2018, district administrators were informed Middletown’s schools would lose more than $5 million in state aid over seven years. There are 12 elementary schools and a total of 17 schools in the district.

On Feb. 5, board members were advised the 2020-21 proposed budget shortfall was about $2.5 million after reductions and the elimination of some curricular, special education and facilities costs, according to the consolidation proposal.

Kimberly Pickus, assistant superintendent for human resources, curriculum and instruction, said consolidating the two elementary schools could result in reduced class sizes and said the consolidation could be beneficial.

Following the presentation on Feb. 24, parents of children who attend the New Monmouth and Port Monmouth elementary schools rejected the board’s plan to consolidate the schools.

Some parents said they were blindsided by what they described as a hasty decision to potentially close a school.

Individuals who asked questions or made comments cited concerns with potential overcrowding at New Monmouth Elementary School, class sizes, parking, transportation, staff cuts and the mental welfare of the children.

At one point during the meeting, George reminded the parents, educators and students who were present that they “did not need to resort to a mob mentality” in order to get their points across.

“We were given less than two weeks notice that a vote to close (my children’s school) was happening,” said Rosemary Roman, the parent of children at Port Monmouth. “We have … to change this board’s mind and this is why we are all collecting together to rally against that.”

Pam Smith, a parent to children at Port Monmouth, said, “I think the way (the news) was delivered has set off a little bit of anger that we are being pushed aside and that it is happening so fast.

“It doesn’t feel like we have been provided a lot of information that makes us feel comfortable … children like mine have social anxiety with new kids,” Smith said.

One mother who spoke to the board and district administrators said, “My daughter has an (Individualized Education Program) and I was scared to see how she would do in school … (My daughter) is doing amazing … I’m floored by how much love and attention she is getting from the staff.

“My worry is that with so many (new) kids here, the teacher’s workload will be too much and (my daughter) will no longer have the individual attention she has been receiving,” the woman said.

One resident said their child is accustomed to walking to school and should not have to start using a bus to get to the New Monmouth Elementary School, which is farther from her home.

According to a list of consolidation goals, the merger of the Port Monmouth and New Monmouth schools may increase opportunities for inclusion, social emotional learning, the development of interpersonal skills and relationships by increasing the number of sections at each grade level.

Administrators said the New Monmouth school is the newest elementary school in the district and said the school is not being used to its full potential.

Another consolidation goal is to provide New Monmouth with consistent Title I status and to ensure Title I funding to substantially lower class sizes and provide additional programs and services.