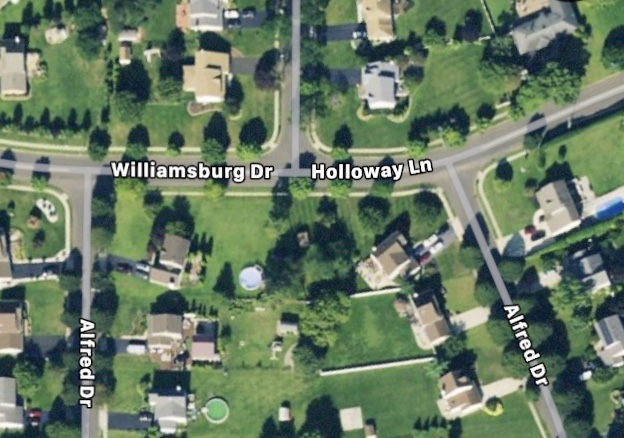 Americans with Disabilities Act (ADA) improvements are planned to come to Williamsburg Drive and Holloway Lane in Bordentown Township.

The Bordentown Township Committee passed a resolution at a Feb. 24 meeting to pass a resolution, which accepts a proposal from Turek Consulting, LLC, for the installation of ADA curb ramps and sidewalks on Williamsburg Drive and Holloway Lane in the township. Officials said that the grant award was for $75,000, but the initial estimate exceeded $100,000, so the township will pay for the balance out of existing capital funds.

Bordentown Township Administrator Michael Theokas said that the improvements planned for these streets came after the municipality was awarded a Community Development Block Grant (CDBG). The township administrator explained that due to increased use of these roads among pedestrians, the municipality wanted to ensure their safety for patrons.

“[The grant] is to be utilized for ADA ramps, sidewalks, and curbing on Holloway Drive and Williamsburg Drive,” Theokas said. “The area was targeted by the township because of the high number of pedestrian use that those roads carry. This is part of the township-wide pedestrian safety initiative.”

Theokas said that as part of the grant awarded for improvements on Williamsburg Drive and Holloway Lane, it will also cover 34 new ADA ramps and include crosswalk striping in other locations.

The township-wide pedestrian safety initiative “Street Smart NJ” was implemented by Bordentown officials in October 2018 in an effort to stymie potential accidents involving pedestrians along Route 130.

Officials said the state-wide outreach program is intended to educate both pedestrians and motorists to “Check Your Vital Signs” to improve road safety, motorists are advised to obey the speed limit and stop for pedestrians in crosswalks, and pedestrians, in turn, are told to use crosswalks and wait for the walk-signal where applicable.

The municipality has already implemented improvements per this initiative on main roads in the area such as Ward Avenue. Since Bordentown Regional High School and Peter Muschal School are located on Ward Avenue, officials said the municipality felt it was necessary to do more than repaving along the road. The project planned to include road resurfacing and pedestrian safety measures such as crosswalks and sidewalks in the area of the schools.

Officials announced in May 2019 that the township was awarded a grant from the New Jersey Department of Transportation (DOT) for road surfacing work on Ward Avenue.  A sum of $252,000 was awarded in grant monies for the Ward Avenue road improvements in May in addition to an earlier grant the municipality had applied for, which totaled approximately $500,000 for the project.

In December 2019, improvements were planned yet again again for Groveville Road after the township received grant monies from DOT for roadway resurfacing. The DOT grant money totaled $244,000.

officials said the grant is planned to cover the re-paving and striping of Groveville Road from Route 206 to Route 130 and the installment of new pedestrian crosswalks. One crosswalk will be slotted at the entrance to Northern Community Park, and the other crosswalk is planned at the intersection of Klein Drive and Groveville Road, according to officials.

The crosswalk at Klein Drive and Groveville Road will be lit and have cross-way signals/flashing beacons installed as a measure of pedestrian safety for township residents and visitors, officials said. The Northern Community Park crosswalk construction will include striping, paining and the installment of ramps, according to officials.

With the recent plans approved for Williamsburg Drive and Holloway Lane, Theokas said that these particular roads also tie into the township’s planned bikeway path project to link up the township.

“These locations were also important because it helps to connect our parks and other bikeways and pedestrian pathways in the township,” he said.

The path begins behind the Dollar General and Pep Boys storefronts on Groveville Road, and this portion of the path continues through to Highbridge Road and into Borden’s Crossing. Once completed, officials reported that the path can be accessed from Ward Avenue in front of the high school, where bikers and walkers can enter Joseph Lawrence Park and the paths there. 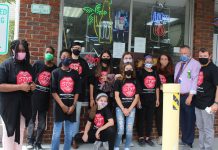 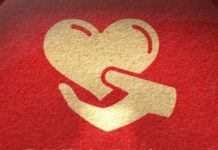