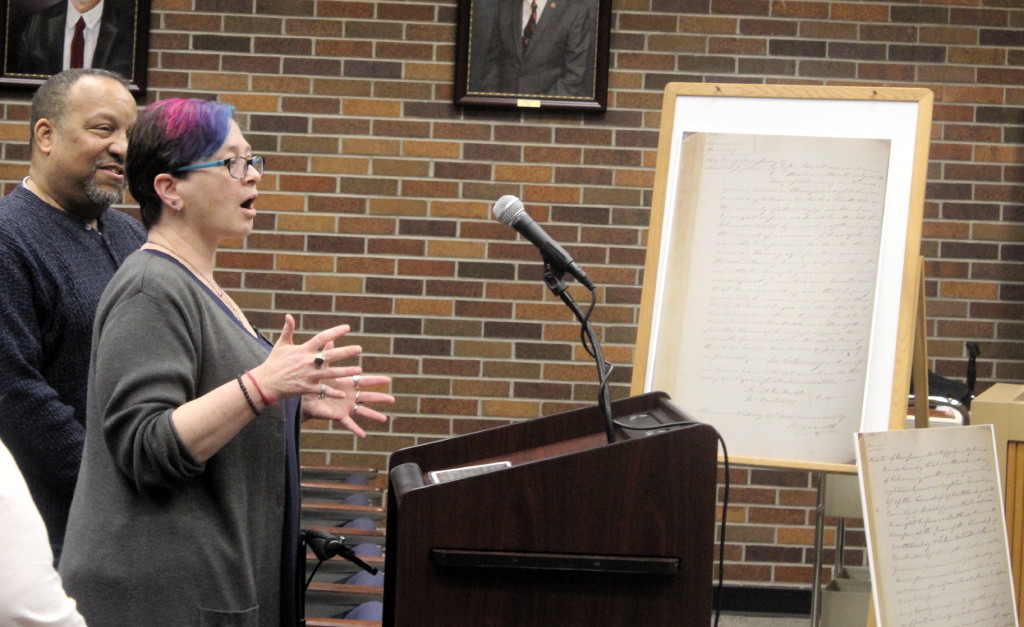 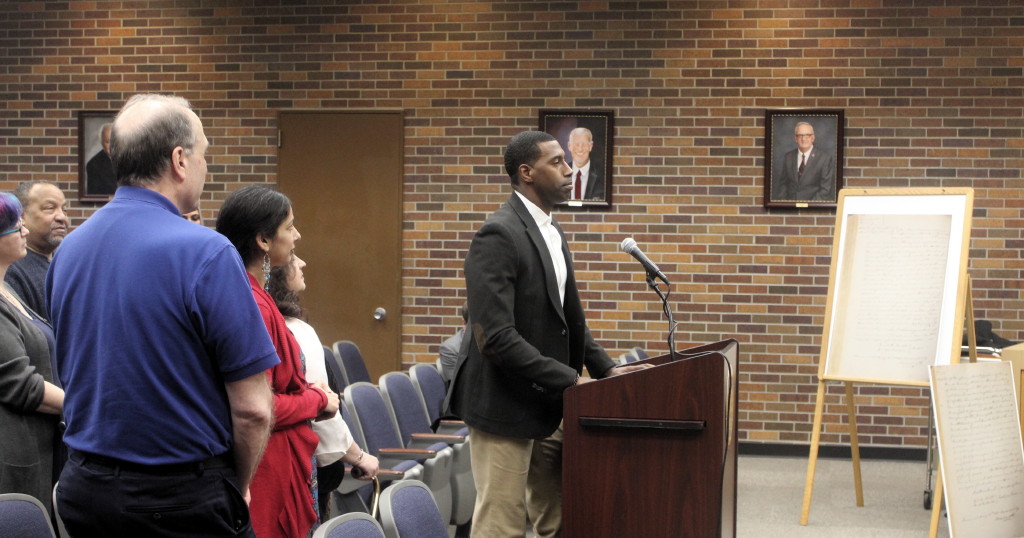 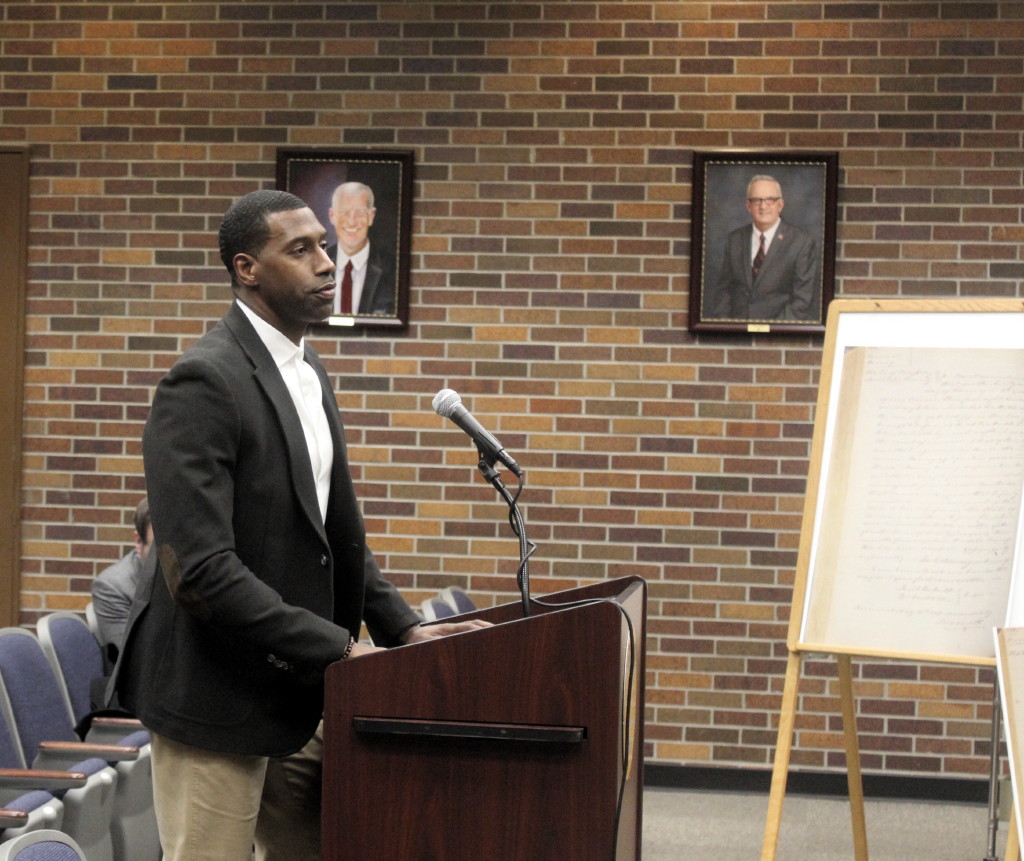 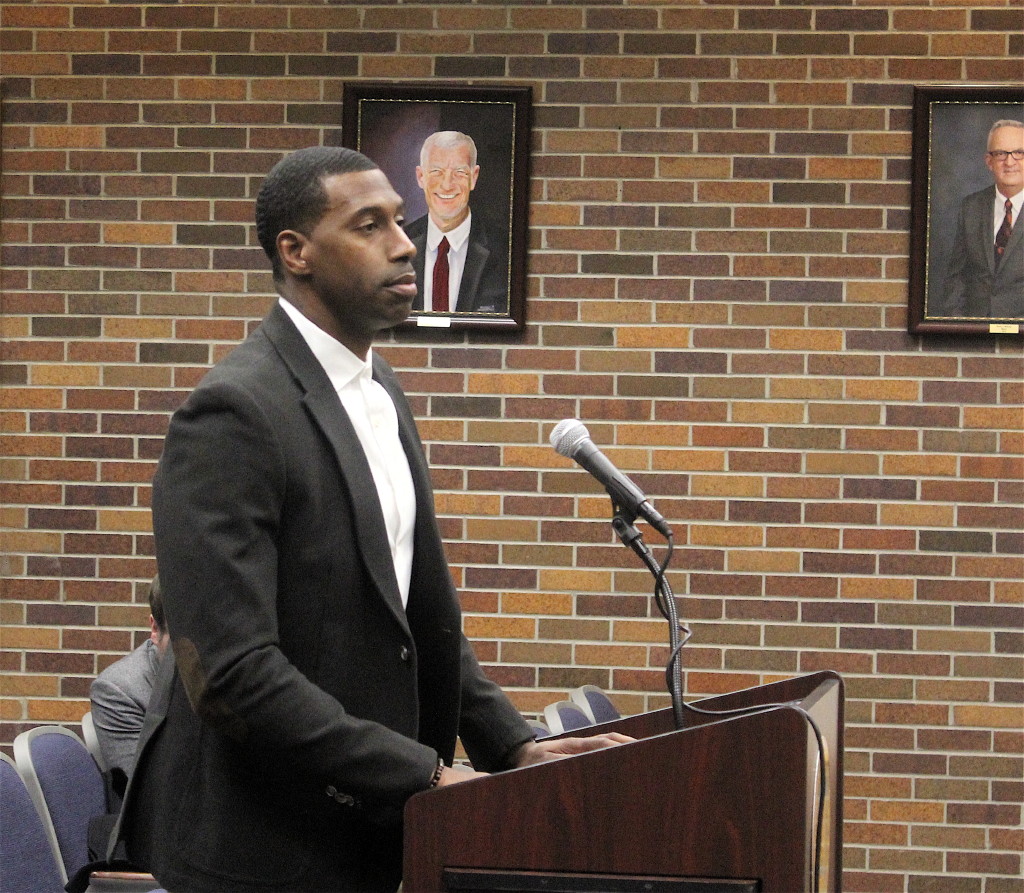 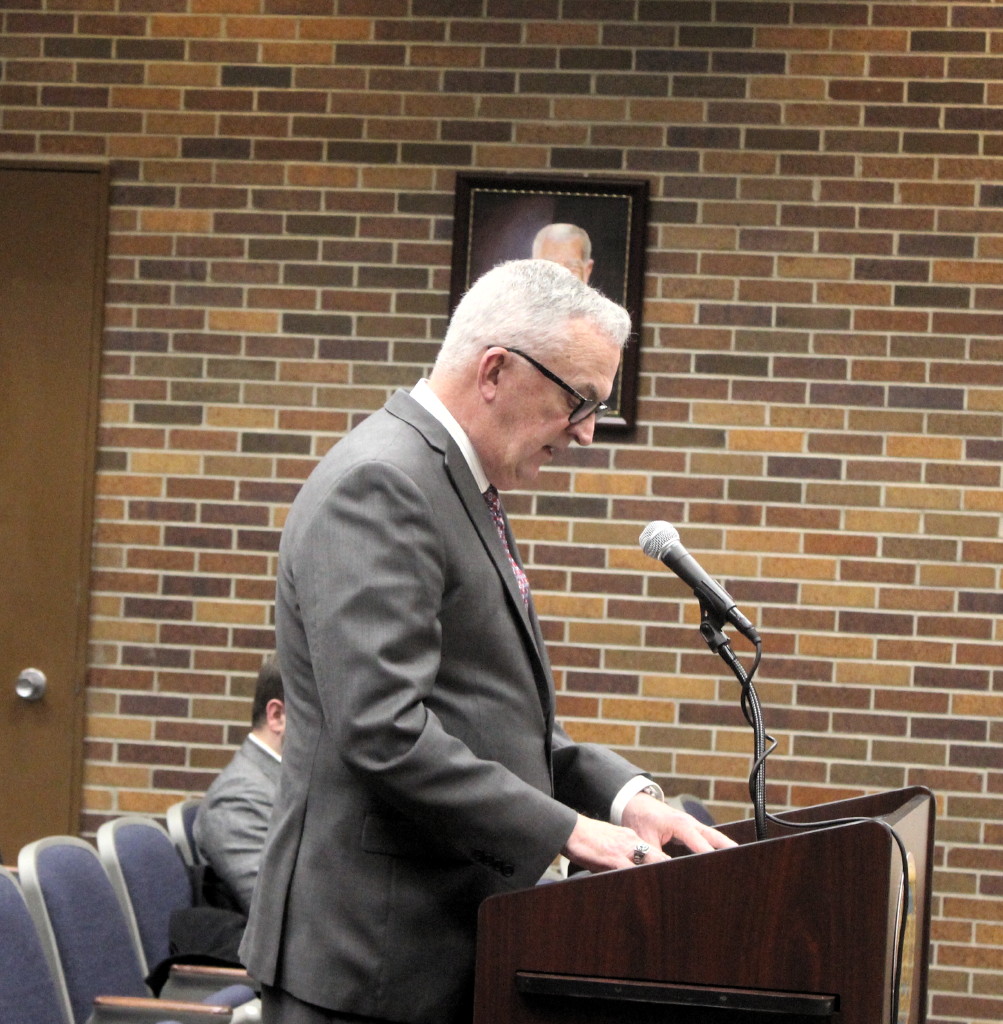 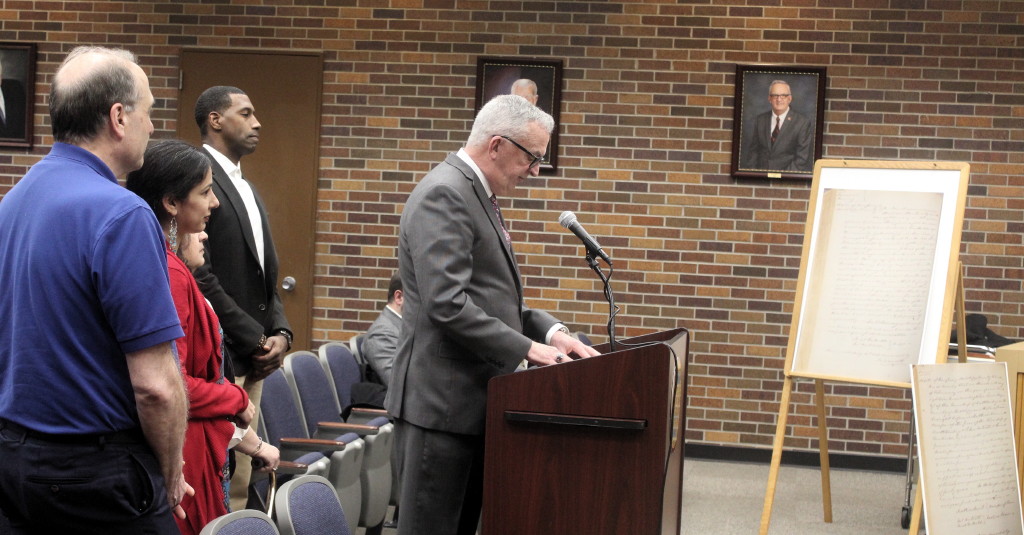 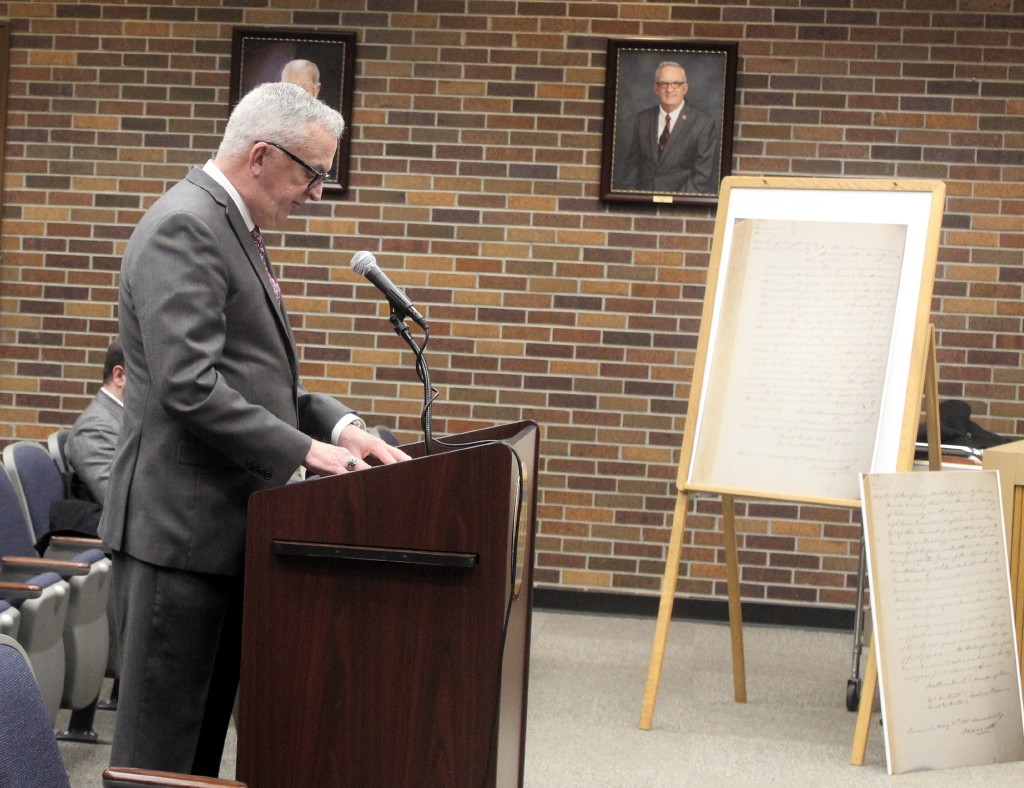 For the last week of Black History Month, Councilman Kevin McEvoy read the proclamation on behalf of Cohen on Feb. 24 during the council meeting at the municipal building.

“Whereas during ‘Black History Month’ we celebrate the many achievements, contributions made by African-Americans to our economic, cultural, spiritual and political development,” McEvoy said. “For whereas, Black History Month affords a special opportunity to become more knowledgable about Black heritage, to honor the many Black leaders who have contributed to the process of our nation.”

McEvoy said knowledge can strengthen the insight for all citizens regarding the issues of human rights, the great strives that have been made in the crusade to eliminate the barriers and equity for minority groups and the continuing struggle against racial discrimination and poverty.

“Now, therefore, be it proclaimed…[that] February 2020 as Black History Month and urge our citizens to celebrate our diverse heritage and culture and continue our efforts to create a world that is more just, more peaceful and more prosperous for all,” McEvoy said.

“First, I want to say thank you for the opportunity to be here to speak tonight, I truly appreciate it. I thoroughly enjoy what I do as a police officer here in the Township of East Brunswick,” Wright said. “I’m extremely proud and grateful for the opportunity not only to be an officer here but to be in the position that I am currently in, that position is community policing…part of the privilege and opportunity to teach the LEAD program pretty much on a consistent basis with the school district.”

As an African-American male, Wright said, “I’m extremely proud of the people that paved the way for men like myself to be in this position, as I stand up here before you today I don’t take it for granted. There have also been women that have paved the way, I think about my own grandma and how she sacrificed for me year after year.”

Wright said each and every day he goes into the classroom he knows that it’s an opportunity and he tries to leverage it to the best of his ability.

“I am to do a job on behalf of the Township of East Brunswick and the police department to let people know that I represent well, I represent myself, I represent my family I represent other African-Americans and I ultimately represent this town as well.”

Wright said he keeps saying that he is extremely grateful because he is and hopes that Chief of Police Frank LoSacco will allow him to continue doing what he’s doing. He said he hopes to also make an influence for every student in this town regardless of race, color or creed.

“Black History Month is something that I am truly grateful for [and] that we celebrate. I have a nine-year-old son and every weekend I send him to the library and I go with him and I have him read an autobiography in regards to a person of color for Black History Month just so he can see how people have paved the way for us to be here today,” Wright said.

EBHRC Chairperson Erum Shakir thanked the governing body for including the EBHRC in the proclamation ceremony and for honoring Black History Month.

“As we all know Black History Month is an annual celebration of achievements by African-Americans and a time to recognize the central role of Black [people] in U.S. history,” Shakir said. “Really if you think about it Black history should not be confined to just a month because Black history is American history and it’s a crucial and monumental part of American history.”

In fact this year, Shakir said, “To commemorate Black History Month the local masque that I attend on the weekend we visited the grave of Malcolm X,” Shakir said. “A quick fact that I was reading just about Black History Month is that there is a theme every year and the theme this year is African-Americans and the vote and it is in honor of the centennial anniversary of the 19th Amendment granting women’s suffrage and the 15th Amendment giving Black people the right to vote.”