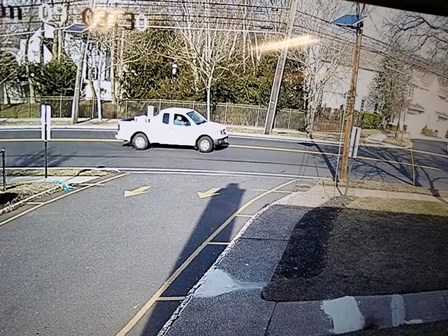 Paddy Flynn was arrested the same day and charged with aggravated assault in the second degree, leaving the scene of a motor vehicle accident resulting in serious bodily injury in the third degree, and various motor vehicle summonses, according to the release on March 3.

The continuing investigation determined at approximately 9:01 a.m. Flynn was driving a white Ford F250 pickup truck and struck a utility worker in the crosswalk. He then allegedly fled the scene, authorities said.

The 51-year old utility worker from Whippany who was struck remains in critical condition, authorities said. He had been transported to Robert Wood Johnson Hospital in New Brunswick after the incident.

Law enforcement had released a surveillance photo of another white pick up truck to the public on March 2 seeking assistance in identifying the driver who was seen near the incident. The driver contacted authorities and was ultimately determined to be a witness. The contact furthered the investigation that lead to the identification of Paddy Flynn, authorities said.

Flynn appeared for his initial court appearance via video in New Brunswick Superior Court on March 3.

The investigation is active and continuing. Anyone with information is asked to call Sgt. Robert Belluscio of the Metuchen Police Department at 732-632-8500 or Detective Jonathan Berman of the Middlesex County Prosecutor’s Office at 732-745-4328.