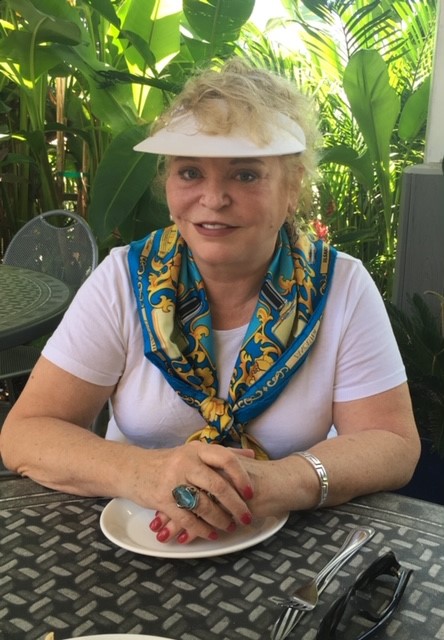 Monica (Nicki) Mary Fenton died unexpectedly on December 30, 2019.  She was predeceased by her parents, Harry T. and Mary Fenton, as well as by her brother, Thomas Fenton.

Monica grew up in Belle Mead, NJ.  She graduated from Princeton High School in 1970 and from Briarcliff College, NY in 1974.  Throughout her life she confirmed herself as a well-read and inquisitive person.  Any conversation with Monica immediately exposed the breadth and depth of her interests.

In pursuit of a career in radio, Monica moved to West Palm Beach and worked at radio and media companies around Florida.  Responding to a need for English teachers in Florida, she began employment with the Palm Beach School District.  During this time, Monica received a scholarship to Oxford University and had four Fullbright Scholarships in Edinburgh, Scotland; Glasgow, Scotland; Nitra, Slovakia; and Trencin, Slovakia.  The radio business’ loss was the students’ gain, as Monica spent the next 23 years educating young people.  So many students will remember and treasure her dynamic and inspirational teaching.

Monica described herself as “a thrift shop enthusiast, garage sale addict and E-Bay junkie”.  She was happiest traveling the world including Thailand, Vietnam, Patagonia, Costa Rica, Netherlands, Italy, Poland and beyond.

Monica is survived by her sister, Jane Fenton, of Cranbury, NJ; by another sister, Elizabeth Shaheen of Manahawkin, NJ; and by a brother, Harry Fenton of Lebanon, PA.  She also leaves behind many nieces and nephews, together with a multitude of friends gathered and cherished throughout the years.

Services will be private.