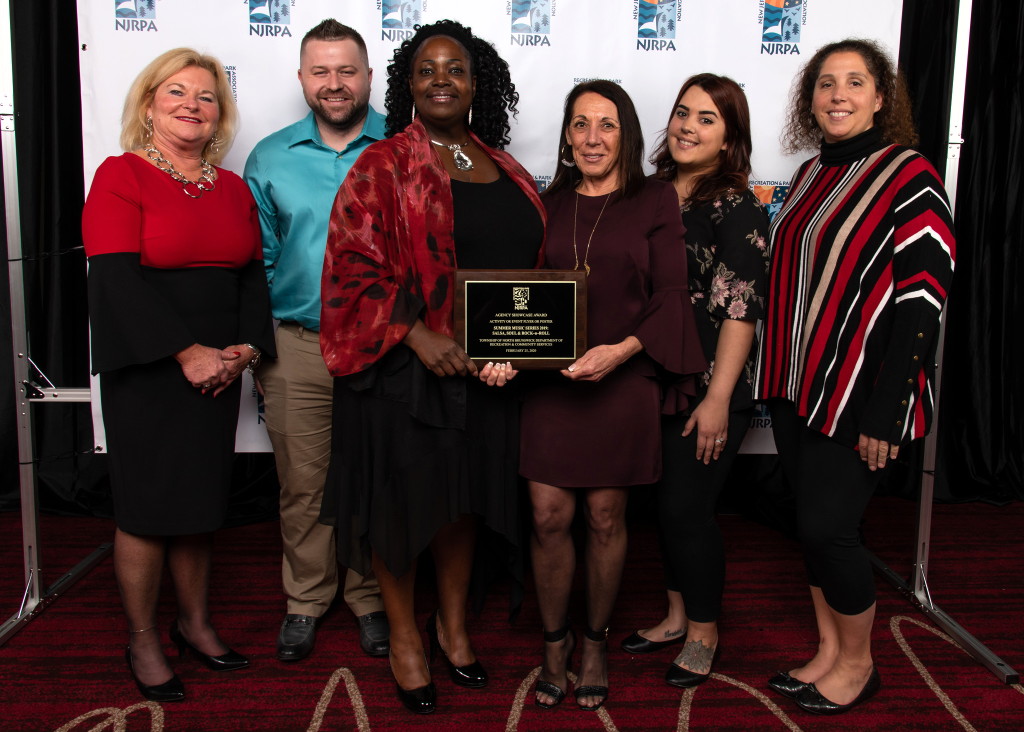 Lou Ann Benson and Tangie Cobb of the Department of Parks, Recreation & Community Services accepted the award on Feb. 25 in Atlantic City.

North Brunswick received the award for its Summer Music Series flier. “The color choices for the flier were deliberate to appeal to all and be extremely noticeable without being overly obtrusive. The challenging part was to create a flier that would be equally attractive and still incorporate all the band’s logos that were highlighted in the flier” according to the statement.

The fliers were distributed via U.S. mail as well as electronically. They were also posted in prominent businesses throughout the township and neighboring communities.

This event flier, for the first time, was distributed in English and Spanish.

Instructions on how to vote in Middlesex County for 2020 election