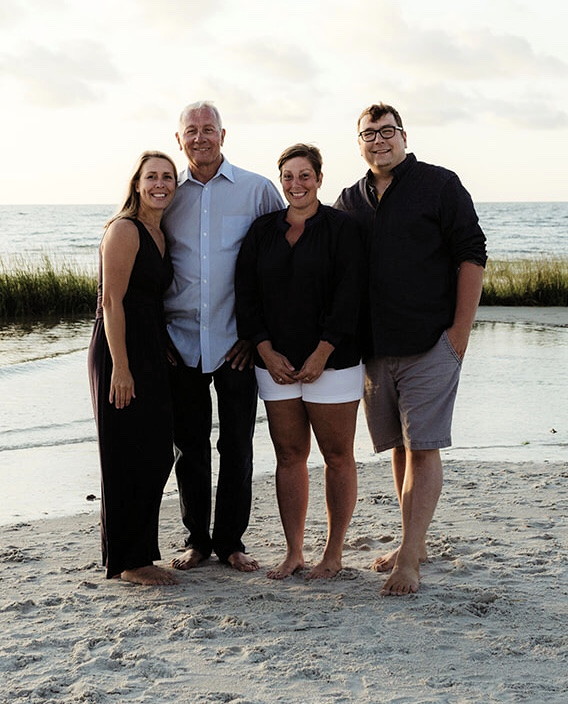 Ray Soroka used his battle with a brain aneurysm to model life lessons  for his adult children.PHOTO COURTESY OF ANS
×

Ray Soroka used his battle with a brain aneurysm to model life lessons  for his adult children.PHOTO COURTESY OF ANS

Five years after losing his wife, Elaine, to cancer, Ray Soroka received shocking news about his own health. At age 65, he was diagnosed with a large brain aneurysm.

“I remember feeling something ‘snap’ in my head and upper chest,” Soroka said. “After that, I had a dull headache for almost a week. To be safe, I went to get checked out by the neurologist. That’s when an angiogram revealed I had a brain aneurysm.”

When the size and shape of Soroka’s aneurysm, particularly the wide base, ruled out the viability of using traditional stents or coils, Dr. Chapple brought a new idea to the table.

“Ray was the perfect candidate for a new device called the Woven EndoBridge (WEB) aneurysm embolization system,” Dr. Chapple said. “This FDA-approved device is essentially a self-expanding mesh ball. It’s placed into the aneurysm using a minimally invasive procedure and blocks blood flow to the aneurysm.”

Soroka’s surgery marked the first time the WEB aneurysm embolization system was used by any of the leading neurosurgeons at ANS, Overlook Hospital or Atlantic Health System.

After the procedure, Soroka was back home the following day.

“I had virtually no recovery time,” Soroka said. “In just 10 days, I was cleared to exercise and, most importantly, lift my grandkids. As my grandson said, ‘Pop Pop wasn’t broken anymore.’”

Atlantic NeuroSurgical Specialists (ANS) is New Jersey’s largest neurosurgical practice, one of the most advanced in the country and a proud partner of Altair Health. Visit ANSdocs.com.