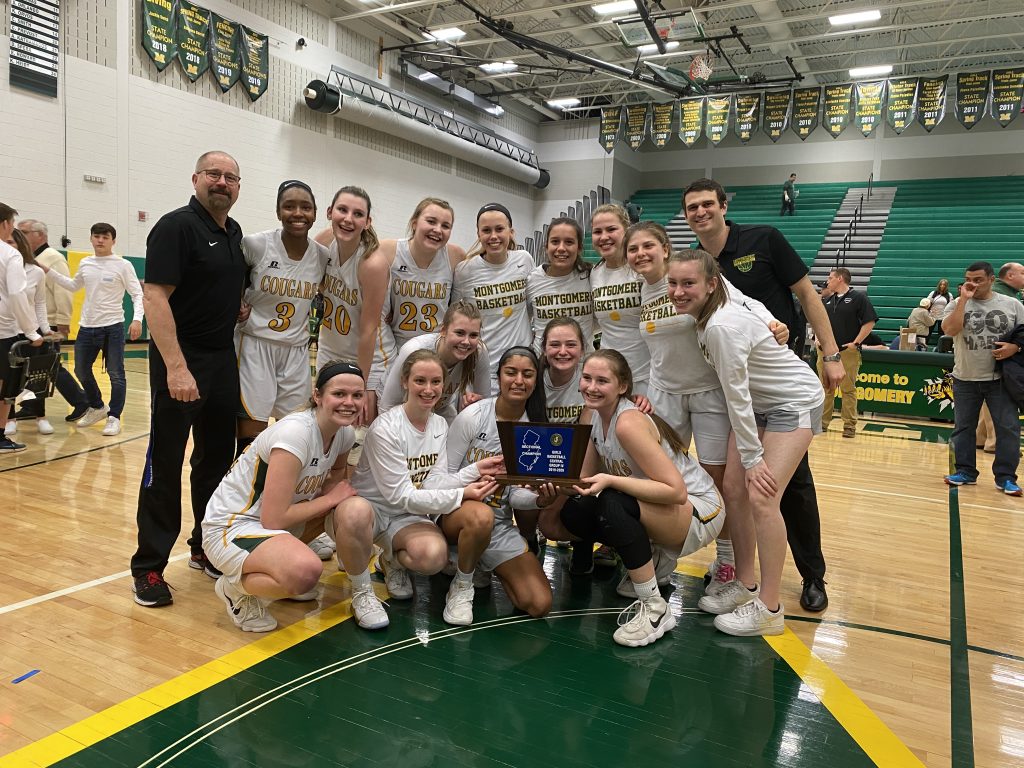 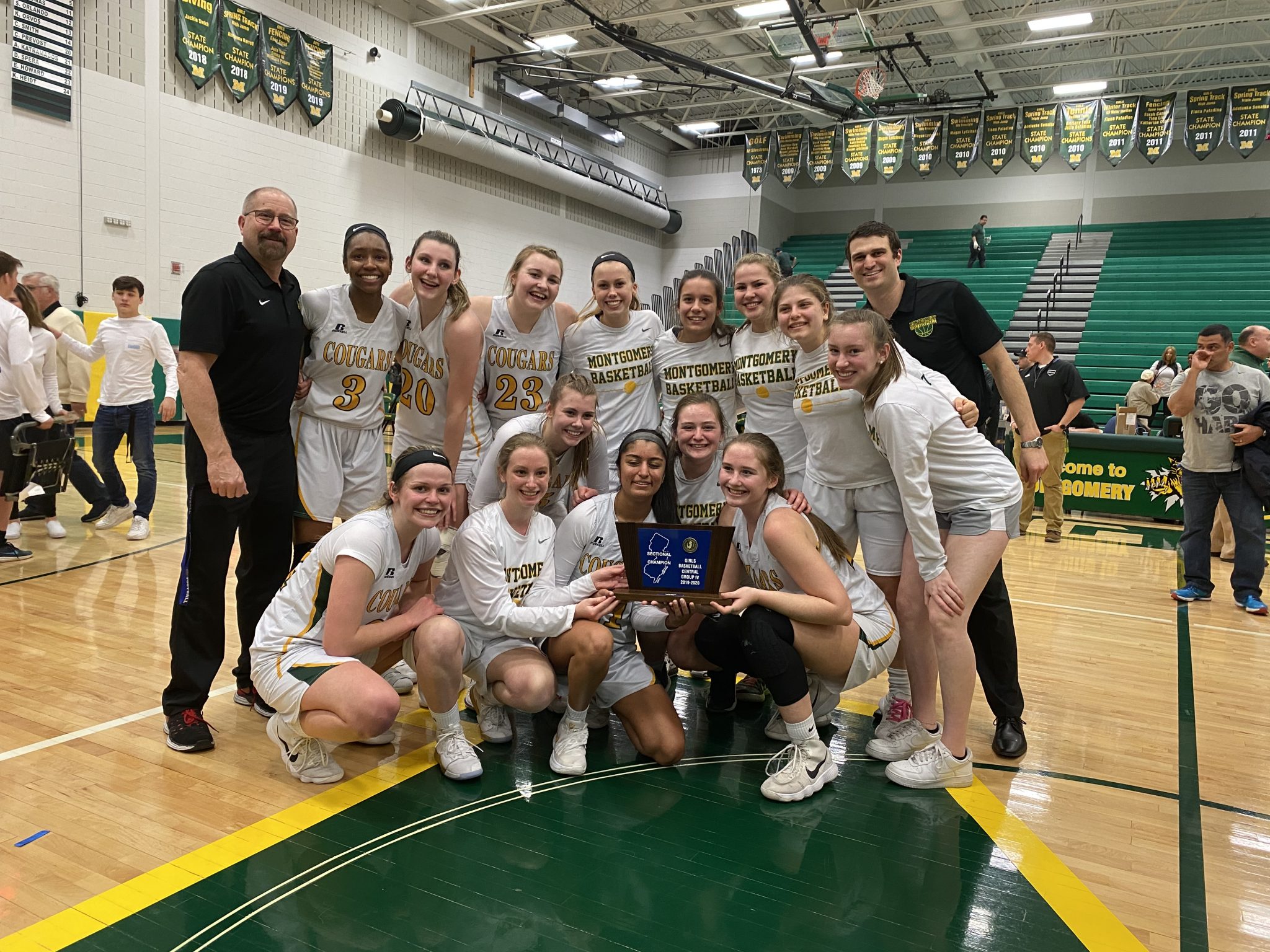 In front of their hometown crowd, the fourth-seeded Cougars roared to their second sectional title in program history when they scored a 71-58 victory over their rival and the No. 7 seed, Hillsborough High School.

“It feels amazing,” said Montgomery coach Matt Margon. “I’m so proud of our girls. They worked so hard for this. Our seniors lost in the sectional championship as sophomores and found a way to win this one. What a way to go out.”

Montgomery improved to 19-10 on the season and advanced to play in the Group 4 state semifinals this week.

On March 9 and trailing the visiting Raiders, 21-17, midway through the second quarter, Montgomery sparked a 15-3 burst to end the half, thanks to excellent three-point shooting.

Senior Kate Heidt gave the Cougars a 24-21 lead with a three-pointer from the left wing, and junior Andera Katramados followed by knocking in back-to-back three-pointers to end the half for Montgomery.

Dani Pescatore hit a running three-pointer at the buzzer to end the first half for Hillsborough, cutting the Montgomery lead to 32-24.

Leading 44-40 going into the fourth quarter, Montgomery got off to a quick 6-0 run to claim back control of the action.

Heidt scored four of the team’s first six points of the fourth quarter, and went on to rack up 10 of her game-high 19 points in the quarter.

Senior Kristin Lucht scored all 18 of her points in the second half for Montgomery, including going a perfect eight-for-eight at the free-throw line in the fourth period to help the Cougars seal their second sectional championship.

Katramados finished with 13 points in the victory, while Montgomery teammate Carolyn Prevost scored 10 of her 12 points during the first half.

Senior Elissa Nsenkyire scored a team-high 18 points in the loss for Hillsborough. Pescatore recorded 10 points in the season-ending loss for the Raiders, who finished the season with a record of 19-10.