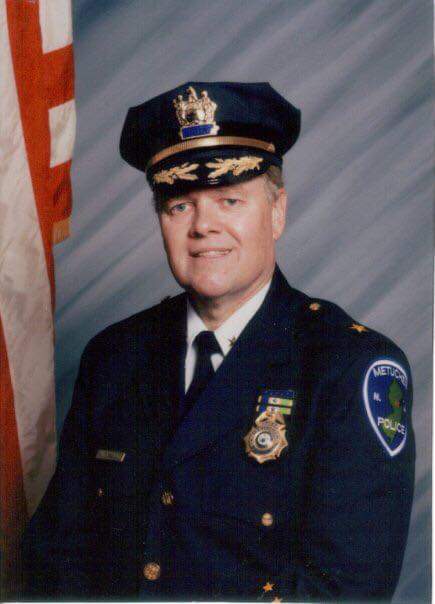 “For 40 years, he served [our borough] honorably,” Mayor Jonathan Busch said at a Borough Council meeting on March 9. “His son serves our [Department of Public Works]. He was our police chief. From what I understand, he was the greatest character to ever serve the borough.”

Hall died on Feb. 22 at JFK Hartwyck at Edison Estates. He was 86 years old. He served as a member of the Metuchen Police Department for 40 years from 1958 until he retired in 1998 as chief. He became the borough’s seventh chief of police in 1991.

In a social media post, the Metuchen Police Department said Hall will be missed by his family as well as his Metuchen police family.

Hall was born in Newark and lived in Hillside, Metuchen and Edison in his lifetime, according to his obituary. He graduated from Hillside High School in 1951. He attended Trenton State College and Rutgers University. He served for two years in the U.S. Army during the Korean War. He worked as a detective for the New York City Transit Police for three years prior to his appointment to the Metuchen Police Department in 1958.

The former chief served as past president, state delegate, and a Silver Life Member of the Metuchen Police Benevolent Association Local 60. He was a member of the New Jersey Chiefs of Police Association, the Middlesex County Chiefs Association and the Honor Legion of Police Departments of New Jersey. He had been decorated and commended on many occasions for outstanding police work.

For six years he was the coordinator and the treasurer for Hillside High School All Class Reunion in Hillside. He was also a member of the First Presbyterian Church of Metuchen.