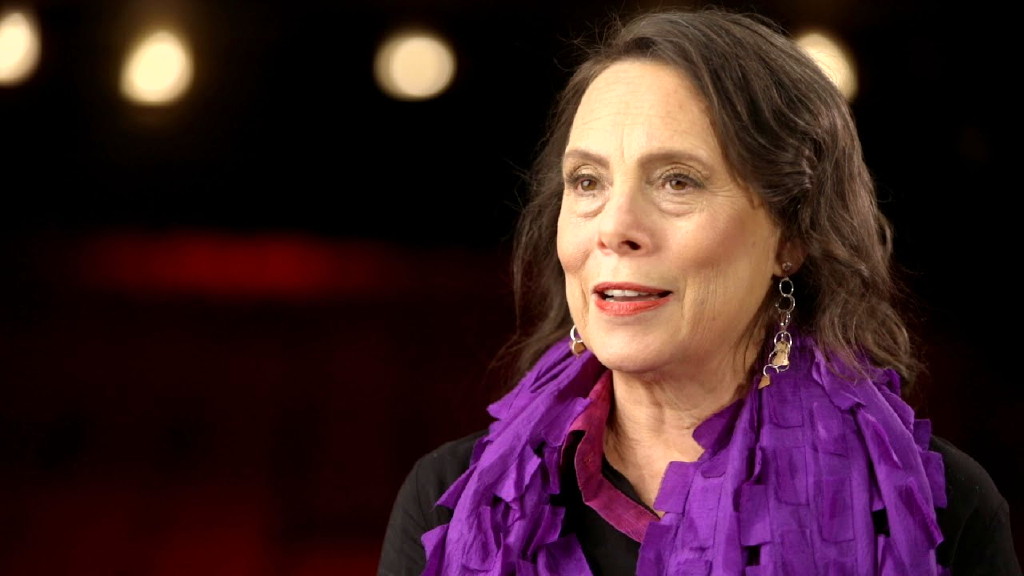 I thought I had written about every aspect of Emily Mann’s 30-year run as artistic director of McCarter Theatre in Princeton.

In past articles, I focused on her genius for writing plays with a social justice focus that were engaging and riveting without being preachy, supercilious, or paternalistic. When several months ago she announced that she intended to leave her McCarter position in June 2020 and embrace life’s next act, I figured there were no more mysteries to reveal about her exceptional talents as a writer, director, and all around passionate advocate of the theater arts.

And then came Sleuth. The Tony Award winning mystery/thriller, currently on stage at McCarter, shed light on an aspect of Emily Mann’s career – her talent as a mentor, no mystery to those who have worked with her over the past several decades. The clue to Emily’s passion for mentoring was right in front of my eyes literally as I read the reviews and playbill for Sleuth.

The play’s director is Adam Immerwahr, currently the artistic director of Theater J, the nation’s largest and most prominent Jewish theater, which is located in Washington, D.C.

One credit in his bio – as the former associate artistic director at McCarter – led to my investigation of the Mann/Immerwahr connection. Emily mentored him and directed his enthusiastic pursuit of a career in the theater, beginning in 2005, when he served as a McCarter intern.

Unwilling to show favoritism to any one of her “theater children,” Emily was reluctant to comment specifically on the talents of her mentees, other than the fact that generally they inspired her and provided the juice that kept her creative and sharp, and made her better at her job and better as a human being.

One of the most important things in her life at McCarter has been her role as a mentor to others, said Emily. “I made it a core mission of the theatre. I just love being a mentor. … I spend time with the mentees, I watch them, I talk to them. I want to hear from them—I want to know what their dreams are. I want to know what they’re learning during the year. I want to see their work as artists.

“I care very much about the future of all talented young people in our field. … I’m proud of the young people who come out of here. Their values are right— their belief in what the theatre can be and do. I’m the daughter of two teachers, so I come by it honestly. … The alumns of our program have been incredible.”

Since Emily Mann’s first season in 1990-1991, McCarter has employed more than 400 recent post-graduates (those that have just graduated college/university), as part of the theater’s intern/apprentice cohorts. The title changed from Intern to Apprentice at the beginning of this current season, 2019-2020, as the definition of the program better aligned with the current industry definition of the term and duties assigned to them.

A significant percentage of interns have gone on from McCarter to become leaders in their respective fields. Dozens of artistic directors, directors, stage managers, designers, dramaturges, and administrators in the arts cut their teeth at McCarter under Emily Mann’s guidance. Some higher profile McCarter interns include:

– Adam Immerwahr, who in addition to his current job at Theater J, is the former resident director at Passage Theatre and has many high profile NYC directing credits.

Again, avoiding comments about the genius or talents of any one playwright, Emily did note how when the McCarter family welcomed Nilo Cruz, he was essentially homeless. Playwright Cruz had been a former McCarter artist-in-residence years before he returned to McCarter in 2003 with his Pulitzer Prize winning opus Anna in the Tropics, set in a Cuban-American cigar factory in 1929, and starring Jimmy Smitz.

Emily pointed out that she was always “looking for people who have the eye, the ear, the heart, and the sensibility of artists.” She also tried to get at least one a year who wanted to become an artistic director. Her goal was to help nurture and generate the new generation of artistic leaders. She said she was always “looking for diversity, because there are still fewer opportunities for women and people of color as directors in this country.”

When she leaves McCarter at the end of this season, Emily is refusing to embrace “retirement. … Retirement, said my friend Gloria Steinem (and subject of Emily’s recent award-winning play Gloria), is something that was made up by corporations. I will be ending one act of my life and embarking upon another.”

She and her husband will keep their home in Princeton, and she may welcome the experience of engaging in mundane activities, such as going to the grocery store without being stopped by someone who has a complaint about the ladies rooms in the theatre or the snacks served at intermission. Although she will stay out of McCarter operations, she never can imagine losing her connection with former mentees or her passion for nurturing young professionals pursuing all aspects of the profession.

Her latest project may provide some good mentoring opportunities. She is writing a musical with Lucy Simon, the Broadway composer for Dr. Zhivago and My Secret Garden, and Carly Simon, the Grammy Award-winning composer and singer. Lucy is writing the music and lyrics. Carly is writing additional lyrics. And Emily is writing the book, based on a novel Our Souls at Night by Kent Haruf, who died five years ago.

What Emily may be oblivious to is her mentoring impact on McCarter attendees, in addition to employees. I know she had taught me so much about humanity and being humane– and will continue to do as I follow her into the next act of her creative pursuits.