HOWELL – The Howell Township Council held an emergency meeting on the afternoon of March 16 to listen to updates in the face of the ongoing coronavirus outbreak in New Jersey.

“We have been very involved, myself, our Office of Emergency Management (OEM), our partnership with the schools,” Township Manager Brian Geoghegan said. “The fact that we are now working in the same building with the (Howell K-8) school district has made communications much easier.

“In addition, we have tried to show a unified message for the taxpayers, as well as the school children and parents alike,” he said.

Geoghegan said the situation facing Howell and New Jersey is rapidly evolving. As of March 16 meeting there were no cases of coronavirus reported in Howell.

Ron Sanasac, the assistant superintendent of the K-8 school district, said the district’s remote learning plan would begin on March 17. Plans were being made to continue providing a free lunch to eligible pupils, he told the council members.

“Our staff is all working through the (schools’) closing. … The remote learning plan has been tested,” Sanasac said.

Pre-kindergarten through second grade pupils are being provided with lessons through the teacher website directly. The children were sent home on March 13 with packets of work to get them through an initial two-week closure, he said.

Sanasac said district administrators are preparing for schools to be closed for longer than two weeks.

Berger called the school district’s efforts amazing and said the staff “really pulled it off quickly.”

District administrators and support personnel are reporting for work while the schools are closed, Sanasac said, adding that the district has “a great team.”

Howell’s OEM Director Victor Cook said the township had a significant amount of personal protective equipment available as the situation with the coronavirus developed.

“That equipment was given out right away when we found out there was the possibility of a pandemic … to protect our first responders. My deputies and I have outfitted all emergency medical services personnel and our fire and police responders so they can handle any calls that are coming in now (from a person) who has flu-like symptoms,” Cook told the council members.

He said information will be distributed to the public as it is received and as the situation warrants. Cook said officials are monitoring the situation.

“We have no presumptive or positive cases in our township (as of 3 p.m. March 16). That could change,” he said, adding that he would continue to meet with emergency personnel.

Geoghegan said the scheduled meetings of all municipal boards and committees have been cancelled.

“The Planning Board and the Zoning Board of Adjustment have been treated a little differently. The secretary for those boards is reaching out to all the applicants to talk about rescheduling (meeting dates),” Geoghegan said.

The township manager and the council members asked residents to only call 911 in case of an emergency.

“A lot of times people are, because they are concerned and it is the unknown, they have flu-type symptoms and they are calling 911. It is overwhelming our resources and the medical facilities. We are urging people if they just have flu-like symptoms or questions about the disease to contact a personal physician and seek guidance that way,” Geoghegan said.

The Howell municipal building on Route 9 is closed to public access. Municipal employees may be reached by telephone. 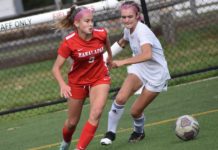 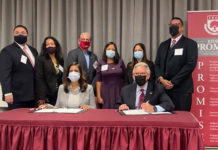