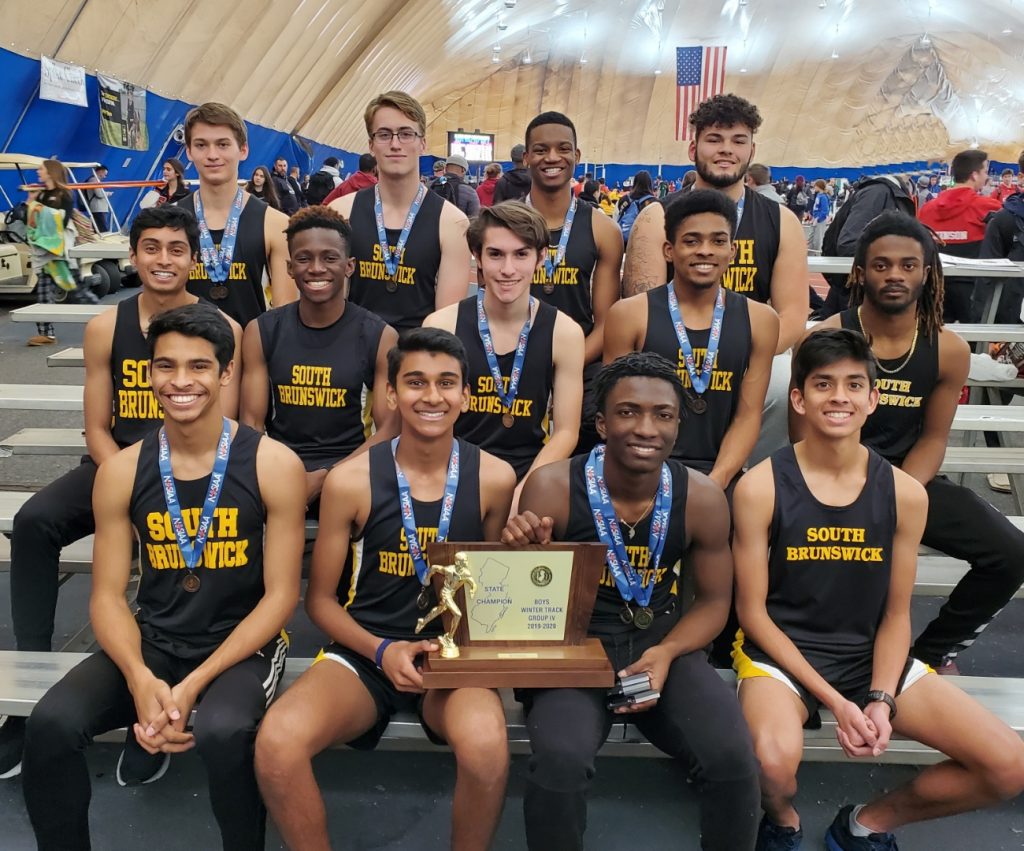 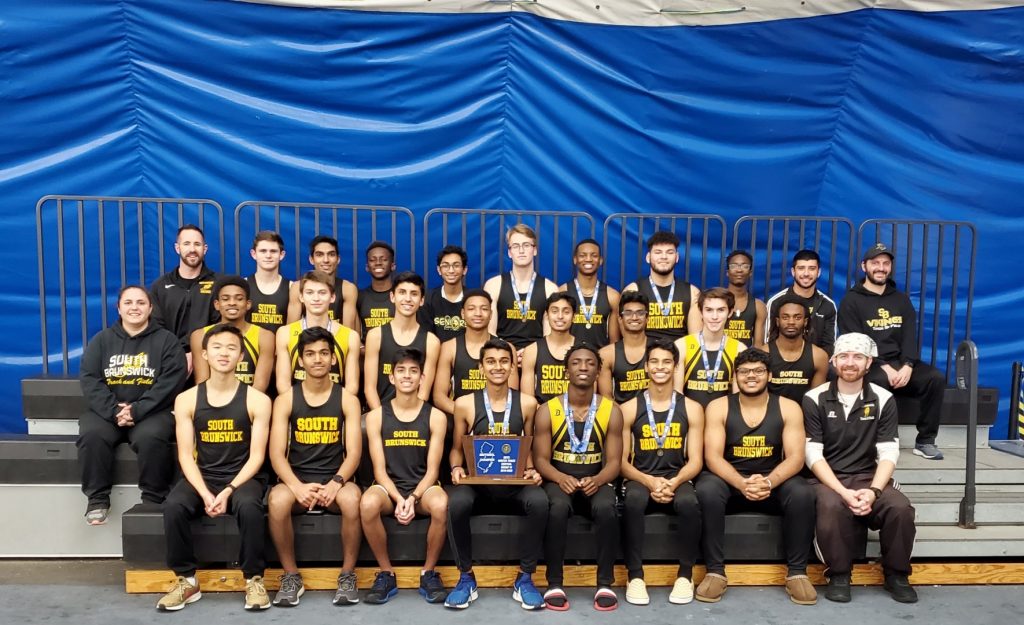 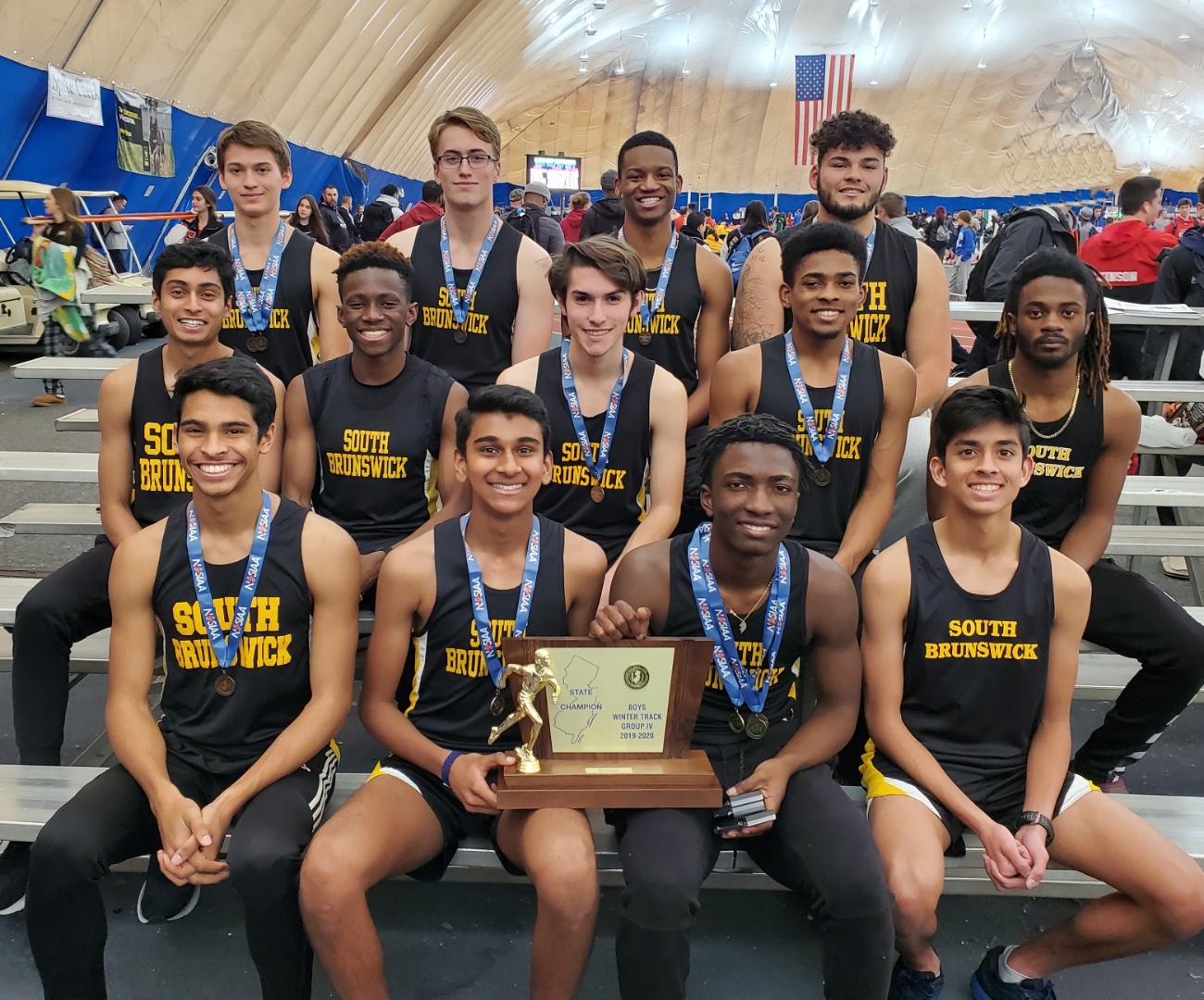 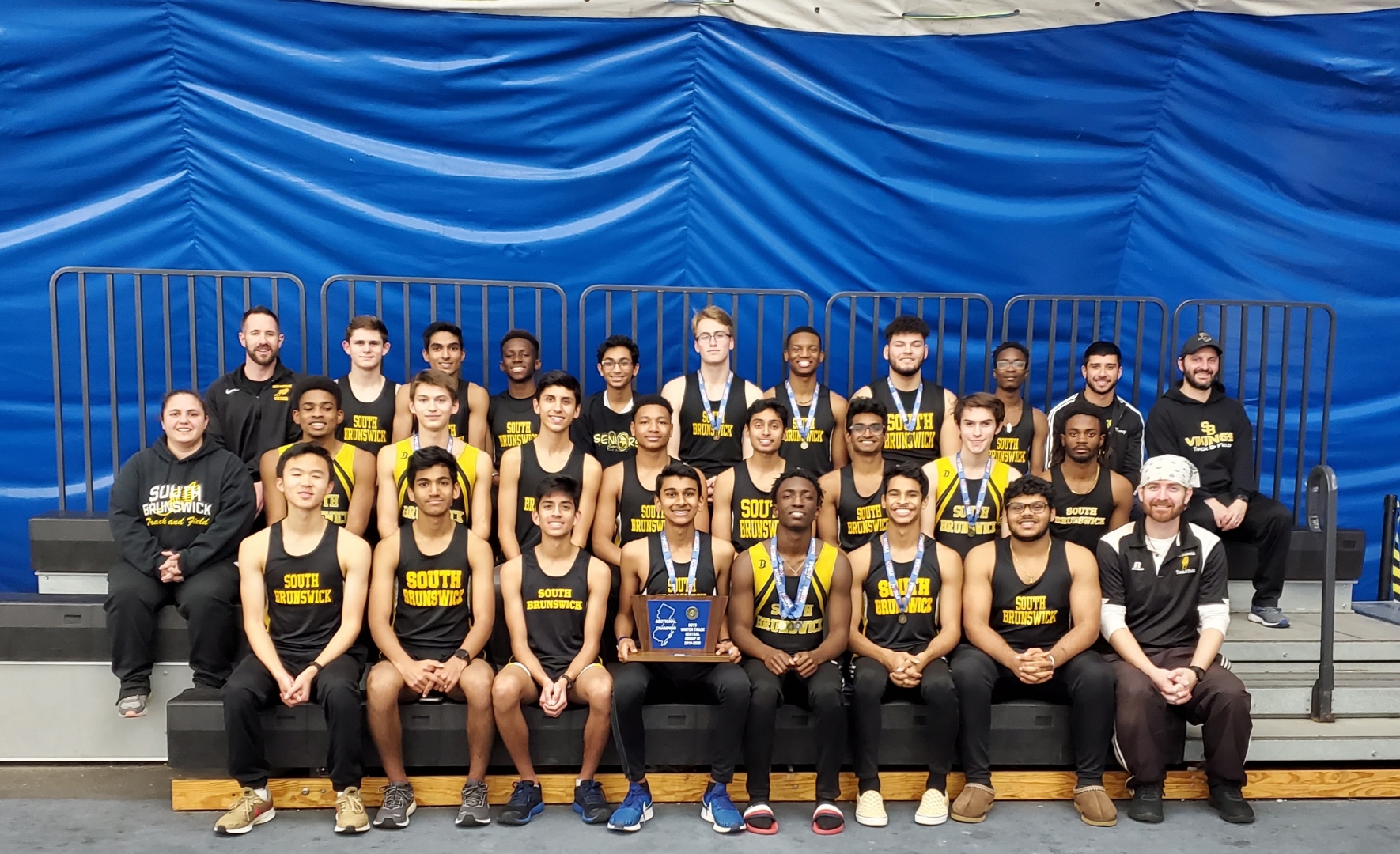 Conquering each of the Middlesex County Relay, Greater Middlesex Conference and NJSIAA Central Jersey, Group 4 championships in style this season, South Brunswick was focused on finishing the job and win a state group title.

The Vikings achieved that goal on Feb. 29 at the John Bennett Indoor Sports Complex in Toms River, when they outscored runner-up Jackson Memorial High School, 39-25, to win their second state group championship in program history.

“It was an awesome season,” said South Brunswick coach Chris Rusckie. “We knew we could be very successful this year and the kids worked hard to make sure we won the state championship this season.”

Senior Ola Porbeni recorded a NJSIAA Group 4 meet and personal record in the 55-meter dash to be crowned state champion in the event.

Porbeni dashed his way to a new Group 4 record time of 6.44, when he edged Egg Harbor Township High School’s Ahmad Brock for gold.

In the 55-meter hurdles, Porbeni brought home a bronze medal for South Brunswick.

It was an incredible winter for Porbeni, who was a gold medal machine for the Vikings.

Porbeni beat out rival Ramy Berberena from North Brunswick High School by a .01 second with a time of 6.52 to be crowned sectional champ in the 55 meter dash.

Porbeni won the conference championship in the 55-meter dash as well.

Senior thrower Daniel O’Grady powered his way to the sectional title in the shot put for the Vikings, when he won the event with a throw of 52 feet and 4.25 inches.

Carlson earned bronze at sectionals, giving the Vikings two throwers in the top-three in the meet.

O’Grady finished behind Carlson for fifth place at the state tournament.

After becoming the South Brunswick High School boys cross-country team’s first runner to win a sectional champion this past fall, senior Vidhur Polam tacked on another sectional title to his list for the Vikings this winter.

Polam stormed to a first place in the 3,200-meter run with a time of 9:32.05, when he out. ran Freehold Township High School’s Zack Zawatski by almost 10 full seconds.

The senior placed second in the 1,600-meter run, when he was edged by West Windsor-Plainsboro High School South’s Austin True for gold.

Polam earned a fourth place at the Group 4 state meet.

In the pole vault, senior Javier Santiago was sectional champion for South Brunswick, clearing the 14 foot mark to place first in the event.

Santiago finished fourth at the Group 4 meet and finished in sixth place at the NJSIAA Meet of Champions on March 8 at the Ocean Breeze Track and Field Facility in Staten Island with a mark of 14 feet and six inches.

“Our team really wanted to win the Group 4 this year,” Rusckie said. “We had the talent in all the areas to be a good team and I stressed to the team to take advantage of that. It’s really satisfying to see us win a championship.”

South Brunswick won its first state championship in winter track and field during Rusckie’s first year as head coach in 2014.

Rusckie believes the team’s success this winter can propel them to winning a state championship this spring.

The NJSIAA spring sports season is still in question due to the coronavirus.

As the Vikings celebrate their banner winter season, Rusckie is glad to see the program climb back up to the top as one of the best in the state.

“We push our athletes everyday to be the best they can be to achieve their individual goals to help the team have success,” Rusckie said. “We’re a team that everyone knows is going to be tough to beat because of the athletes we have. It’s a great accomplishment to get to that level as one of those top teams in the state.”