RUMSON – A resident of Rumson has been charged with reckless endangerment for allegedly violating regulations related to the coronavirus outbreak.

According to a press release from the Office of the Attorney General, the charges stem from an incident in Rumson on April 3.

Shortly after 8 p.m., police officers were dispatched to a report of a large party with a band. When officers arrived, they discovered the homeowner, Maldjian, and another man playing acoustic guitars on the front porch of the home, according to the press release.

There were about 30 people between the ages of 40 and 50 gathered on Maldjian’s front lawn and the adjoining street watching the performance.

Authorities said some people who had gathered at the location had lawn chairs and alcoholic beverages. Despite the fact that police were on scene with flashing lights attempting to disperse the crowd, the two men continued playing.

According to the press release, it was not until a Rumson police officer directly approached Maldjian that he stopped singing and playing. Maldjian then allegedly told his Facebook Live audience (the performance was being live-streamed) he had to stop playing.

Authorities said the individuals who were in attendance became unruly when they were told to disperse. They said some people shouted curses at the police officers and the phrase “Welcome to Nazi Germany.”

Charges related to those disorderly audience members are forthcoming, according to the press release.

“The Governor’s executive orders are common sense measures to keep people safe during this historic health crisis,” Grewal said. “When people like the partyers in Rumson flout the orders and show disrespect and hostility to police officers, they not only put themselves and the others immediately involved in peril, they risk inciting others to engage in such irresponsible and dangerous behavior.

“Our police officers are working courageously every day to protect us all and we will continue to charge anyone who violates the emergency orders, which literally are a matter of life and death,” the attorney general said.

Violations of the emergency orders constitute a disorderly persons offense carrying a potential sentence of up to six months in jail and a fine of up to $1,000. However, violators can potentially face criminal charges including second, third and fourth degree indictable offenses, according to the press release. 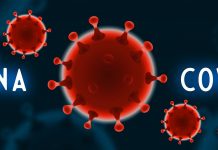