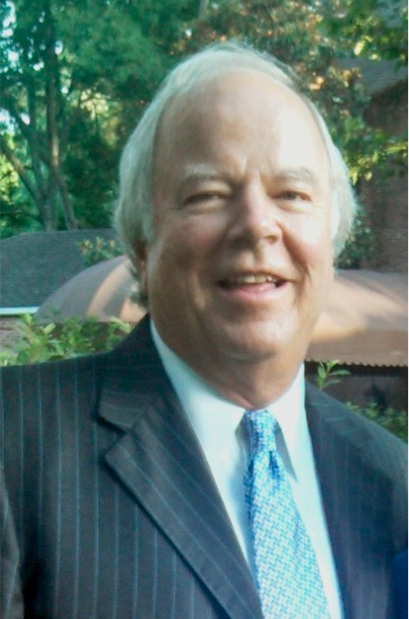 Robert Jefferson Wolfe, 72, died on March 31, 2020 in West Palm Beach, Florida. He and his wife Barbara have also been residents of Ringoes, New Jersey since 1980. The cause of death was complications from myelodysplastic syndrome (MDS), a rare form of bone marrow cancer which he had battled courageously and cheerfully for 15 years. Bob was born on April 13, 1947 and was raised in South Orange, New Jersey. His parents, Albert Lewis Wolfe and Olga Maurer Wolfe, pre-deceased him. Bob graduated from Columbia High School, South Orange, NJ in 1965, where he was senior class president. He graduated from Princeton University in 1969 with a degree in Philosophy. At Princeton, he participated in crew for two years, and sculling became one of his interests later in life.

After graduation, he joined the Army Reserves and was on active duty at Fort Sam Houston in Texas from October 1969 until February 1970. Then he attended Stanford University Graduate School of Business, where he met his wife and fellow student Barbara Burgess. They were married in December 1973. After graduating with an MBA in 1972, Bob worked for Stanford University before returning to NJ in 1974 to work as Assistant Treasurer of Princeton University.

In 1976, Princeton launched a 2000+ acre mixed use real estate development project, the Princeton Forrestal Center. Bob, as a partner of the consulting firm K. S. Sweet Associates, was instrumental in leading the development of this project throughout his career. In 1993, he formed his own company, Picus Associates, which continues to this day (under new ownership) to manage the Princeton Forrestal Center on behalf of Princeton University. Bob enjoyed seeing the physical results of his work materialize over time, and he believed that real estate development should be concentrated in areas with appropriate infrastructure, while rural lands should be protected and the natural environment preserved.

Bob believed in contributing his time and expertise to his community. He served on the Boards of McCarter Theater (Princeton), the Stony Brook Millstone Watershed Association, and Princeton In Community Service (PICS, placing undergraduates with non-profit internships for summer work experiences). At the time of his death, he was a member of the Board of NJ Conservation Foundation and its Treasurer.

He enjoyed tennis, travel, photography, and sculling. He also enjoyed spending time with extended family at a cabin on Garnet Lake in the Adirondacks. Bob was very supportive of Barbara’s equestrian interests and passion for dressage. They have owned a horse farm outside of Princeton since 1980. They began spending winters in Wellington FL in 2000, initially for equestrian activities, until Bob discovered sculling on Lake Wellington. With two partners, he purchased and managed the Florida Rowing Center, a winter sculling school based in Wellington, which continues today. After he retired in 2018, Barbara and Bob became Florida residents.

Bob is survived by his wife of 46 years Barbara (Burgess), his sister Susan Wolfe Lauffer (spouse Don Lauffer) of Bartlesville OK and Madison WI, his brother William A. Wolfe (spouse Elizabeth West Wolfe) of Princeton NJ, a nephew Andrew Wolfe who lives in Paris, France, and a niece Amy Powell Burrus who lives in Muskogee, OK. He is remembered for his wonderful smile, consistently optimistic approach to life, kindness and generosity.

Charitable contributions may be made in his honor to MDS research at Columbia University, where one of his doctors oversees an MDS research program doing cutting-edge research to understand and combat the disease. An alternative for charitable contributions is the New Jersey Conservation Foundation, one of the premier land conservation organizations in the US. Since 1960, NJCF has protected over 125,000 acres of natural areas and farmland in New Jersey.