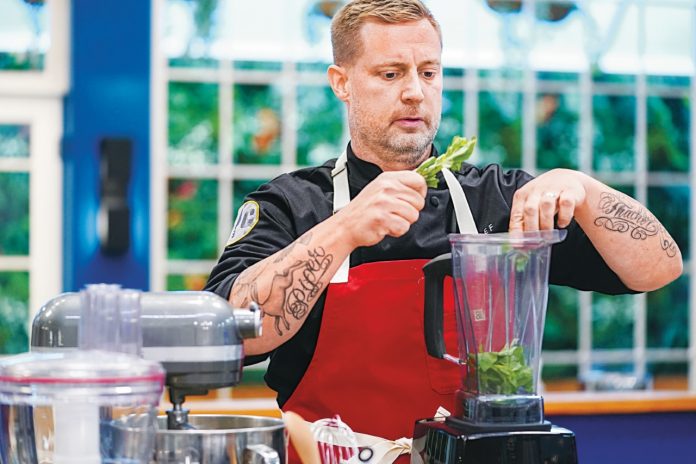 Cheers to Top Chef
for firing up a well-seasoned All Stars edition. With the endless buffet of bad world news, there is no better palate cleanser than watching Chef vets like Bryan Voltaggio (pictured) and Lee Anne Wong resharpen their culinary chops.

Cheers to Westworld
for closing the park. Season 3 of HBO’s cyborg drama has left behind the demented playground for robot fans to give us an action-packed reboot in which former “host” Dolores (Evan Rachel Wood, pictured) has finally tapped in to her inner Terminator. We’ll be back, for sure.

Jeers to Bull
for charging ahead with an ill-advised storyline. Days into the coronavirus pandemic, the CBS procedural ran an episode that saw trial consultant Jason Bull (Michael Weatherly, pictured) help defend a doctor linked to a series of anthrax attacks on New York. Nobody would have called bull if a repeat had run instead.

Jeers to This is Us
for rehashing Jack’s death. Again. After two sob-filled seasons teasing, and then finally revealing, how Papa Pearson (Milo Ventimiglia, pictured) met his maker, NBC’s top-tear, top-tier drama went back in time once more for a “What if?” hour about his kids growing up with dad still around. What’s next, Ghost Jack?