centraljersey.com
Home CoronaVirus Edison Division of Fire loses one of its own to COVID-19
Facebook
Twitter
Email
Print 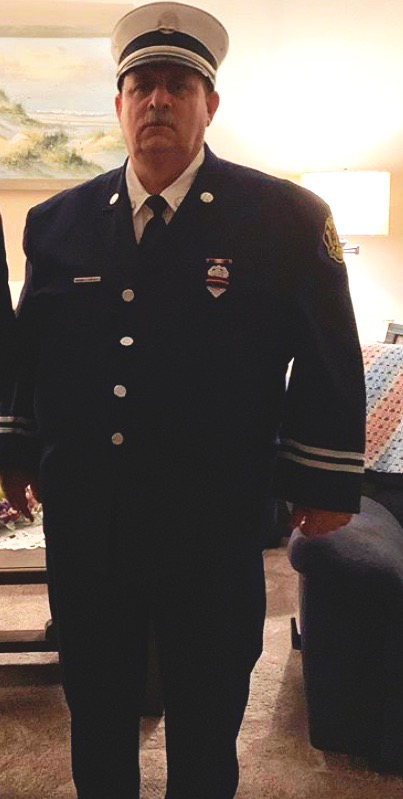 Richard P. Campbell, a captain with the Edison Division of Fire, passed away at Robert Wood Johnson University Hospital in New Brunswick on April 16 from COVID-19 complications, according to township officials. He was 55 years old.

The captain leaves behind his wife, Kimberly; four children, Kaitlin, Kevin, Kristopher and Arianna; many other family members, friends and his fellow firefighters, officials said.

Campbell, also known as “RP,” began his career 28 years ago.

Just before he became ill with COVID-19, he responded to a fire at an apartment complex in the township.

“We are truly saddened that one of ours has passed from this virus,” they said in the statement on April 16. “RP was a dedicated firefighter, a tremendous family man and a great friend. Our hearts go out to his family and all his brother and sister firefighters. The loss of Captain Campbell will be felt by many and it will be felt for a very long time.”

Edison Mayor Thomas Lankey said Campbell “was a valued and respected member of our community and his dedication and commitment to serving the public was a guiding light for so many.

“The losses incurred as a result of this horrific virus are indescribable, but I do know that Captain Campbell’s passing leaves us short a hero,” Lankey said in the statement. “He would never hesitate to rush towards danger to help those in need just as he never failed to mentor those he led. RP was a man dedicated to his family and I want them to know that our community mourns the passing of a great man today.”