Once again the residents of Freehold Township have been steamrolled. We have objected to the 128-foot-tall T-Mobile cell tower being built at 169 Robertsville Road for 12 years.

This residential and environmentally sensitive area is not a suitable location for a cell tower, but the residents have lost the final fight due to the power, greed and influence of T-Mobile and Verizon, and the inability of the Township Committee and politicians to know how to fight for their residents or to defend their own ordinances unless something is in it for them.

The last request we made of T-Mobile was to reduce the visual impact by disguising the cell tower as a tree. They refused!

Additionally, Freehold Township can’t even compel T-Mobile or the landowner to plant pine trees around the perimeter of the property so residents in the surrounding area do not see the base of the cell tower and its equipment, or hear the generator.

We pay exorbitant taxes and paid a premium for the inherent protections of the township’s ordinances and the master plan we felt were guaranteed.

The tower will damage the Lake Topanemus watershed and will pose significant loss to our property values.

The least T-Mobile could do is reduce the visual obstruction by disguising the cell tower as a tree and by surrounding the structure and its supporting equipment with evergreens.

How is it possible that a big corporation like T-Mobile, which professes to be a socially responsible company, can steamroll into our neighborhood, destroy the environment and harm us financially without any qualms about doing it?

What would it take for T-Mobile to oblige us on this small request? They can’t even camouflage the tower and plant evergreens around the surrounding areas? What a disgraceful display of corporate America. 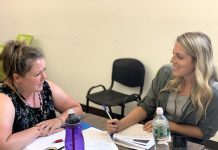 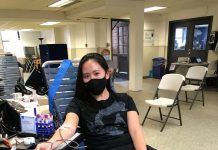