MARLBORO – The Marlboro K-8 School District Board of Education has adopted a budget for the 2020-21 school year that totals $94.25 million.

The budget calls for a local tax levy of $77.65 million to be paid by Marlboro’s residential and commercial property owners. The taxpayers’ share of the budget revenue will be about 84.5%.

The school district’s 2019-20 budget totaled $92.16 million and was supported by a tax levy of $77.9 million, so while overall spending will increase by about $2 million for the upcoming school year, the amount to be collected in property taxes has decreased by about $300,000.

Business Administrator Vincent Caravello said the tax levy has decreased because the district no longer has to make a debt service payment.

Administrators said the 2020-21 budget will use $1.15 million from the district’s surplus fund (savings) and $835,393 from a budgeted fund balance as revenue.

Caravello said the number of staff members in the district will remain stable, however, some employees will be reassigned to a different school for the upcoming academic year.

According to a budget presentation, $1.84 million in capital improvements will include a partial roof replacement at the Defino Central School; and concrete and asphalt repairs at the Asher Holmes, Dugan, Defino, Marlboro Elementary and Robertsville schools, Marlboro Memorial Middle School and the David C. Abbott Early Learning Center.

The total amount an individual pays in property taxes is determined by the assessed value of his home and/or property and the tax rate that is set by each taxing entity.

Caravello said the school district’s current enrollment is 4,760 pupils. The estimated enrollment for the 2020-21 school year is 4,744 students. 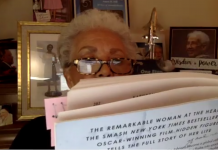