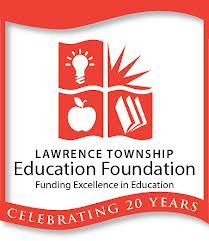 With a $26,085 grant in hand, the Lawrence Township Public School District purchased 100 Chromebook laptop computers to replace broken or malfunctioning laptop computers issued by the district.

But now, nearly two months after the district launched remote learning, some of those Chromebooks have broken or malfunctioned and cannot be repaired for lack of parts.

That’s when the Lawrence Township Education Foundation stepped in and gave money to the district to buy more Chromebooks. The foundation’s goal is to enhance public education for all students, said Amy Davis, president of its board of trustees.

“If some students are unable to receive an equal education and we are able to address it, we will certainly do our best to do so,” Davis said.

The 100 additional Chromebook laptop computers will ensure that the school district brings educational opportunities into the homes of all Lawrence public school students, Davis said.

Assistant Superintendent of Schools Andrew Zuckerman discussed the potential school closures with the Lawrence Township Education Foundation’s board of trustees at its March meeting, Faiman said. Zuckerman is an ex-officio member of the board.

“Andrew discussed the efforts that the Lawrence Township Public Schools had under way to address the issues that would arise if we moved to remote learning,” Faiman said.

Zuckerman told the board that one of the biggest challenges would be equity as it relates to access to technology, such as laptop computers. The foundation then reached out to the school district to discuss what it could do to help.

The answer began to emerge a few weeks after remote learning was initiated – to replace broken or malfunctioning Chromebooks.

“As requests for Chromebooks continued to come in to replace broken devices, the Lawrence Township Education Foundation felt this is where we could step in and fulfill a need,” Faiman said.

The Lawrence Township Education Foundation agreed to  provide money to buy new Chromebooks, although it was not in the foundation’s budget.

But it was able to make the unexpected grant because it had raised more money than expected through its annual “Handbag Bingo” fundraiser and because of an increase in annual contributions by two of its biggest supporters, Faiman said.

The Educational Testing Service and The Lawrenceville School, which are “extremely generous partners,” Faiman said, increased their annual contributions to the foundation.

“It is the generosity of the Educational Testing Service, The Lawrenceville School and contributions from businesses and individuals that enabled the Lawrence Township Education Foundation to provide unbudgeted funding to the school district during these extraordinary times,” Faiman said.