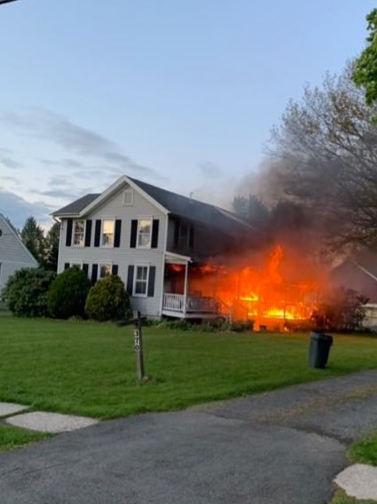 SOUTH BRUNSWICK – The Monmouth Junction Fire Department was dispatched to 370 Georges Road in the Dayton section of South Brunswick for a reported structure fire around 7:53 p.m. on May 11.

Patrol officers arrived and confirmed a working structure fire with all occupants out of the house, according to information provided by the South Brunswick Police Department.

Monmouth Junction Fire Chief Scott Smith was in command and requested a second alarm due to the large volume of fire. Sixty firefighters from Monmouth Junction, Kendall Park, Kingston, Jamesburg, Plainsboro and North Brunswick responded to fight the fire, according to the statement. Firefighters from Franklin Park, Brookview, Griggstown and Montgomery covered South Brunswick fire stations during the fire.

The fire was brought under control in less than 20 minutes, but required extensive overhaul to check for remaining hot spots, according to the statement.

Ambulances from the Monmouth Junction First Aid Squad, South Brunswick EMS and Plainsboro responded; there were no injuries.

“Firefighters were confronted with heavy fire pushing out from the front of the home on arrival. The flames were being fanned by strong winds. They did a tremendous job of making a fast attack to bring it under control,” Smith said in the statement. “The house is at least a hundred years old, if not older, so it took a lot of time for firefighters to check for hidden hot spots to ensure the fire would not rekindle after we left.”

The home suffered extensive damaged and is uninhabitable. The family is staying with relatives in the area, according to the statement.

The exact cause of the fire remains under investigation by the South Brunswick Township Fire Safety Bureau.