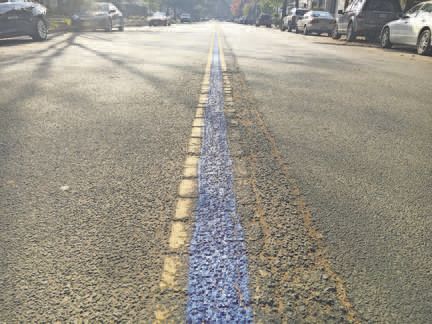 The New Jersey Department of Transportation (DOT) did not approve Monroe Township’s truck ban ordinance that would have put weight restrictions on three county routes.

If the ordinance had been approved by DOT, the law would have enforced a weight restriction of no more than 8 tons on commercial trucks that are permitted to travel on Cranbury Station Road, Prospect Plains Road and Cranbury-Half Acre Road, all of which are county routes.

“We really need to come up with a regional solution. I understand Monroe’s position and understand their need to consider this, but I think in regards to a long-term solution to this we need to all come to the table,” Cranbury Mayor Matt Scott said. “We are pleased with the state’s decision and I have had a recent conversation with Monroe Mayor Gerald Tamburro. I am optimistic that this decision will stand.”

For the ban to be implemented it needs both Middlesex County and DOT approval.

Charles Reilly, supervisor of Traffic Investigations at the Bureau of Traffic Engineering (BTE), stated in a letter to township officials on April 21 that he could not recommend the approval of the weight restrictions after review of Monroe’s Traffic Study and field investigation by staff of the BTE.

He said reasons for non-approval are that no safety issues generated by commercial motor vehicles were identified in the submitted certified Engineer’s Report, or by an evaluation of the submitted motor vehicle crash reports by BTE; no supporting resolutions for proposed alternate routes within Cranbury or other municipalities affected; and the proposed alternate routes would force vehicles displaced by the weight limit restriction, to journey a more roundabout route involving additional time and distance to their destinations.

“This state official, with all due respect, failed to recognize that a steady stream of truck traffic heading to and from Cranbury all day long is a detriment to the safety and quality of life of the residents who live along these streets,” Tamburro said.

He added that he will be scheduling a meeting with state Transportation Commissioner Diane Gutierrez-Scaccetti, to seek her approval for ordinance.

“That is why we are meeting with Commissioner Gutierrez-Scaccetti and requesting her to act. This is a delicate issue involving senior citizens, school children and residents who live with a daily barrage of truck traffic,” Tamburro said. “This is also a site of a future school. It cannot be fully understood by just reading studies in Trenton and then rendering recommendations.”

When Monroe’s elected representatives adopted the ordinance in the fall of 2019, their action was the continuation of debate regarding truck traffic between officials in Cranbury and Monroe.

“We all need to come together, talk to the warehousing companies see if they can’t offer some help or some consideration on their part. I have a good working relationship with Mayor Tamburro and expect that we will have further conversations,” Scott said. “I hope we can come up with a solution that is beneficial for Cranbury and Monroe residents.”