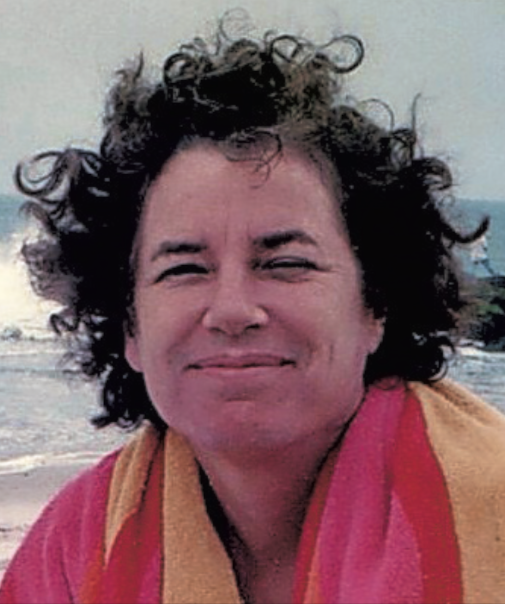 ALEXANDRA LOUISE (SANDY) POLANSKY, passed away on Thursday, May 7, 2020. It is with heavy hearts we share with all who knew and loved her that Sandy passed away at RWJUH in New Brunswick, NJ from complications of COVID-19, following several years of declining health due to a rare neurological disorder. Sandy was a restless and wild soul and we take consolation in knowing she is free from suffering and once again able to soar.

Sandy, born April 28, 1958 at Middlesex General Hospital, New Brunswick, NJ was the 3rd child of Hilda and Ted Polansky, and joined older siblings Kathy and Billy. The family grew to include Peg, Julie, George and Chris, along with the many, many friends who became family. Shortly after graduating from East Brunswick High School, Class of 1976 Sandy set out for the wilds of Northern California where she spent over 10 years living off the land, communing with nature, and finding herself. Missing her family and realizing that her Jersey roots ran deep,

Sandy returned to the Promised Land and began the next chapter in her life, which included attending Middlesex County College and then Rutgers University “University Without Walls” program, earning a BA degree with high honors in English in 1997.

Sandy put her skills and talents to good use, first working in advertising and layout at the Asbury Park Press in Neptune and then as a Production Assistant at Transaction Publishers on the Livingston Campus of Rutgers University where she did typesetting, copy editing and production work.

Sandy was a kind and generous soul who loved music and books and having fun. She was Bob Dylan’s number one fan and attended rock’n’roll concerts too numerous to mention. Sandy loved poetry, nature, travel, the Jersey shore, watching Jeopardy, a cold beer, lunch at Red Lobster and hanging out in her garage retreat, where friends and family were always welcome. Sandy was a gifted gardener whose flowers and vegetables grew aplenty.

Sandy’s energy, creativity, and expansive spirit will never be forgotten. She was famous for her handcrafted birthday cards sent each year to her 11 nieces and nephews. Aunt Sandy instilled in them a love for Dance Parties, and encouraged and applauded their musical performances during the American Idol competitions that took place during our family gatherings. For many years she joined the kids in serenading the neighbors during our annual New Year’s Eve celebration.

The family would like to thank the medical team working on the 7th Floor Tower at RWJUH, and especially Dr. Emily Hiltner, MD. Funeral services are private with interment at Holy Cross Burial Park in South Brunswick, NJ. We cannot let our beloved Sandy depart without a grand gathering of her loved ones both near and far, so a celebration of Sandy’s life will be held at a later date.

In lieu of flowers, and for those who desire, contributions may be made, in Sandy’s memory, to the Middlesex County food bank, MCFOODS, 28 Kennedy Boulevard, Suite 850, East Brunswick, NJ 08816.

Services were entrusted to The BRUNSWICK MEMORIAL HOME, East Brunswick and were private due to the COVID-19 federal restrictions on public gatherings. To leave a message of condolence, please visit www.brunswickmemorialhome.com