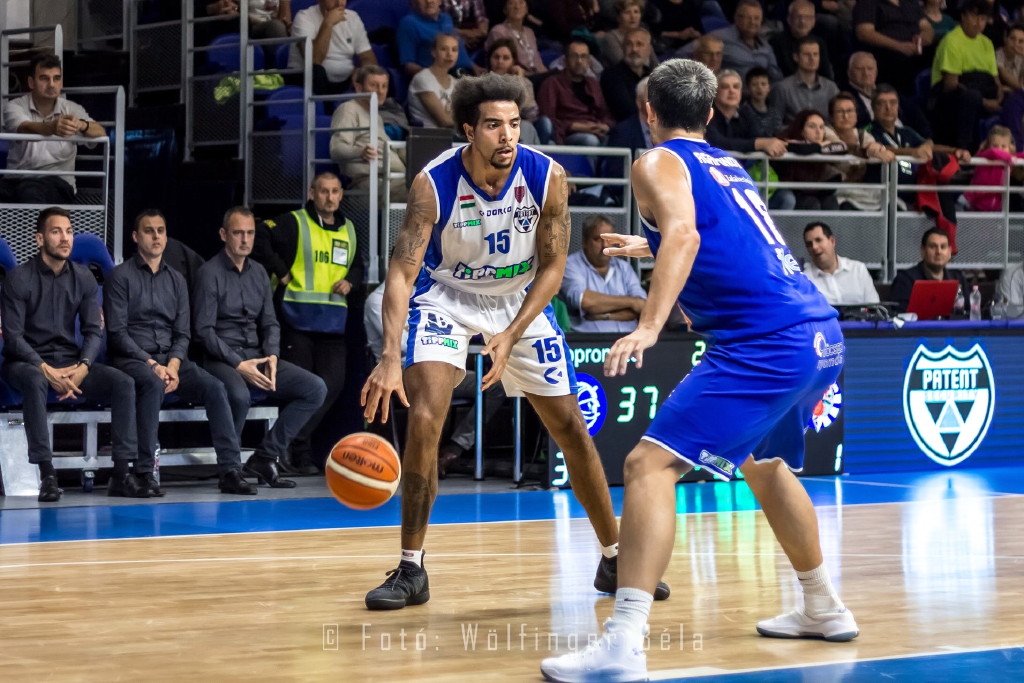 Carter, a 6-9 forward, graduated from Jackson Memorial High School in 2014. He attended the University of Delaware and graduated in 2019. As a senior, Carter averaged 15.8 points and 9.7 rebounds per game for the Fightin’ Blue Hens.

Following the conclusion of his collegiate career, Carter signed a one-year contract with Sopron KC, a basketball club in Hungary’s A League, for the 2019-20 season.

Carter has credited Joe Fagan, his coach at Jackson Memorial, for helping him to develop the skills he needed to play professionally. He left for Hungary in August 2019 and started his first professional game on his birthday, Sept. 28.

He has since returned home to await his next move and in an interview, Carter said, “It has been exciting. It was definitely a hard transformation for me. When I landed, my luggage was lost and then they put you in an apartment, they give you a car and they are like, ‘We start practice tomorrow and you have to go to the doctor … but it is different.

“At first I was very on edge because I am so used to being home and being with my friends … (and) it really was a transition, but after the first couple of weeks and once the games started it was a breeze. And it’s fun, man, it’s awesome,” he said.

Carter debuted with a double-double, scoring 15 points and grabbing 13 rebounds. He started all 21 games for Sopron KC before the pandemic forced the cancellation of the remainder of the 2019-20 season. He led the team in rebounds, blocks and Player Efficiency Rating.

“I started every game and had a good season. I averaged 16 points and 9 rebounds and I made the All-Rookie Team and the All-First Team,” he said, adding that he is still playing his style of game at the power forward position.

“I play inside and out. In Europe … it is all about spacing, so being able to stretch the floor, if I had a slower guy on me, I think that is to my advantage. I am lean and athletic, so when I have slower bigs on me I can use my skills to attack them,” Carter said.

He said his team started the season slowly, but started winning games prior to the cancellation of the remainder of the campaign.

“We were in contention for the playoffs, but obviously with (the pandemic) happening they ended up closing down the season. It was a crazy couple of weeks. Most leagues cancelled the rest of their season. There are one or two leagues, like Israel and Germany, trying to restart. Hungary is cancelled, Italy is cancelled, the majority of places,” he said.

Carter explained that representatives of European basketball clubs are now permitted to speak with his agent and said, “We will see what is the best place for me and go from there. Italy has always been a (place I have looked at), but I am open to anywhere – Italy, Spain, Germany, Israel – places like that where the money is secure and good, and it is good basketball.”