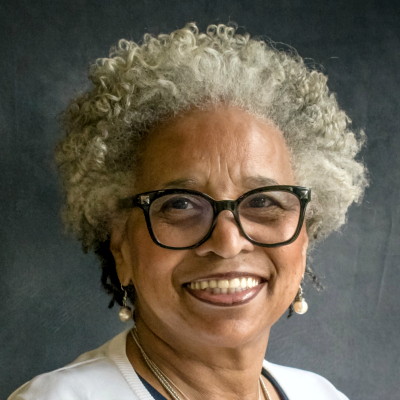 EDISON – A proposal to pass a resolution against COVID-19 related hate speech and bias crimes drew a larger discussion by the Edison Township Council about whether the proposal had a political agenda against Council President Joyce Ship-Freeman.

Councilman Richard Brescher proposed the resolution at a meeting on May 13. He said the idea for the resolution initially came from the incident on April 4 where a 55-year-old Asian woman was a victim surrounded by a group of individuals who allegedly yelled racial slurs regarding the origins of the coronavirus and was punched in the back of her head.

In addition, Brescher said with the recent alleged social media posts surrounding Ship-Freeman’s Facebook page, which allegedly showed memes and posts with anti-Semitism and anti-Asian remarks, needed to be addressed and acknowledged in the resolution.

Members of the council said they agreed with the spirit of the resolution; however, some, including Council Vice President Sam Joshi and Councilman Robert Diehl, took issue with the paragraph in the resolution, addressing the matter, which stated “recent social media posts targeting the Asian and Jewish community appeared on social media accounts of elected officials and said posts have rejuvenated the fears of bias crimes against residents.”

The alleged posts, which were posted throughout April, have stirred media attention and calls from Simon Wiesenthal Center, one of the largest international Jewish human rights organizations based in Los Angeles, and Asian Pacific American Lawyers Association of New Jersey, for an apology from Ship-Freeman.

Fellow council member Joshi, who publicly apologized for posting an anti-Semitic post on his social media page, asked Ship-Freeman, through social media, to join him to “unequivocally denounce all bigotry that slanders and endangers our Jewish and Asian-American neighbors during this crisis.”

The council vice president said the post on his page was a “mistake in judgment” and he “quickly understood could cause harm to the Jewish community.”

“I took responsibility for those words, apologized publicly, and have since worked together with Jewish leaders to fight against the incredible spike in anti-Semitism that we have recently witnessed,” he said.

Ship-Freeman has publicly claimed her Facebook page was hacked and said Brescher has been against her since she took her role as council president in January as the first African American woman to serve in the role. Ship-Freeman and Brescher ran on the same ticket for the Democratic Party for council with council members Joseph Coyle and Ajay Patil in November 2019.

“If I weren’t council president there would have been no attacks,” she said.

Ship-Freeman began the regular meeting with remarks she was “dismayed by the action of special interest groups and some of my colleagues.”

“The amount of hatred and vitriol towards a woman and senior citizen is reprehensible,” she said. “When I took oath of office, I was to represent all of Edison. Now because of a personal agenda that cannot be fulfilled, personal attacks on my character with political cronies have been determined since day one in office as council president to undermine my interest for [the entirety of] Edison.”

Ship-Freeman said she would not serve as anyone’s puppet but would continue to serve and do what is best for the entire community.

“Residents now know this is not my character and we will rise together in Edison,” she said. “I will continue to not kowtow [act subserviently] to special interest groups. Character assassination is not welcome in Edison. In the end we will remember not the words of our enemy, but the silence of our friends.”

Brescher said the resolution was not a political agenda and asked Police Chief Thomas Bryan how quickly the department could determine if a social media account was hacked or not. Bryan said in his professional experience, the determination would be made by information technology professionals.

“I couldn’t directly answer ‘yes’ or ‘no’ at this juncture,” he said.

The proposed resolution did not pass, with Ship-Freeman, Diehl, Joshi and Councilman Alvaro Gomez voting “no” and Brescher, Coyle and Patil voting “yes” for the resolution.

Ship-Freeman said she would like to see a resolution to denounce hate speech and bias crimes against all ethnicities and genders. She called on Brescher and Joshi, who noted a similar resolution from San Antonio he was in favor of, to work together on creating a new resolution.