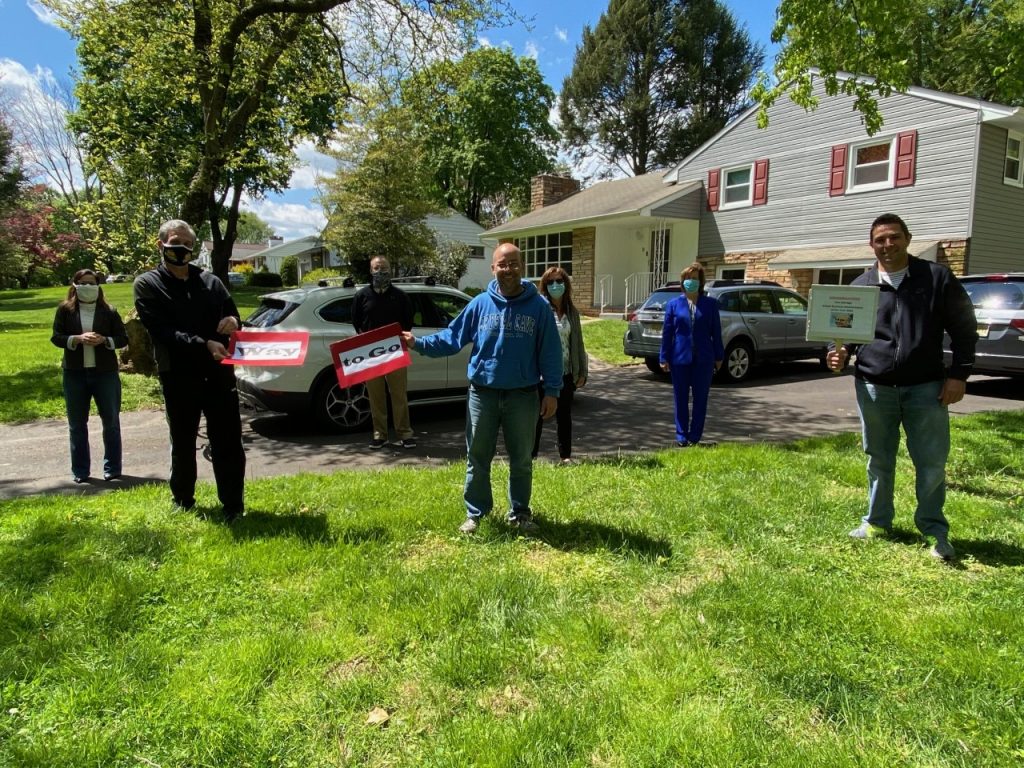 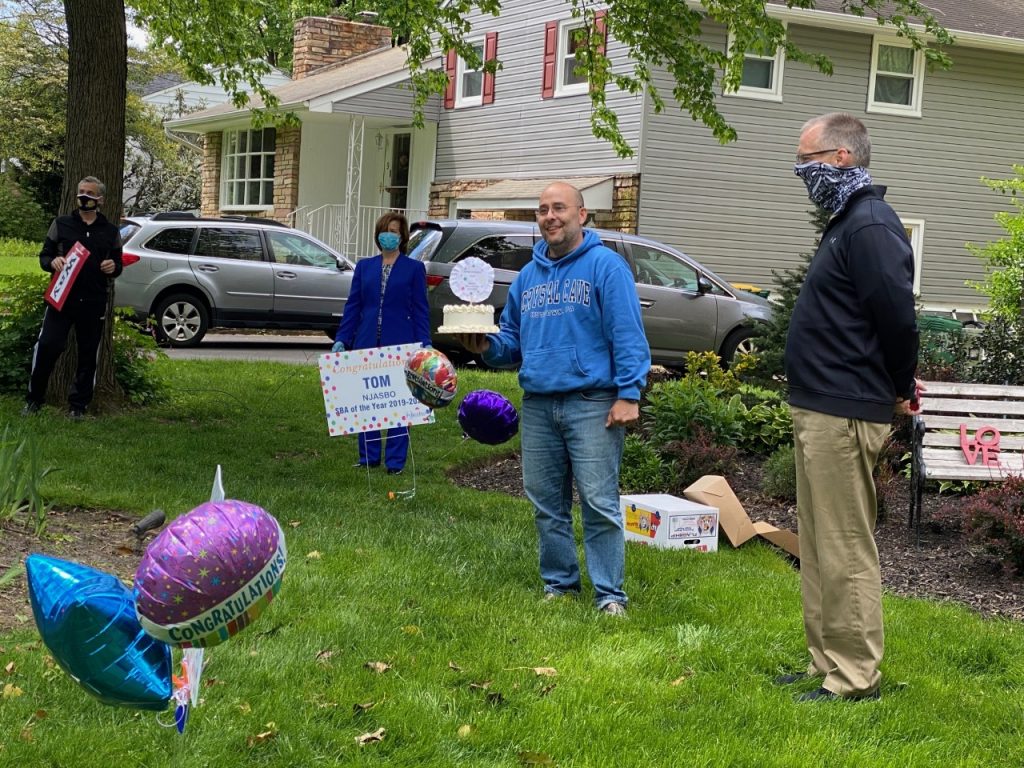 2 / 2
Thomas Eldridge was named School Business Administrator of the Year; family and friends surprised him with a car parade on May 12.PHOTO COURTESY OF LAWRENCE TOWNSHIP PUBLIC SCHOOLS
× 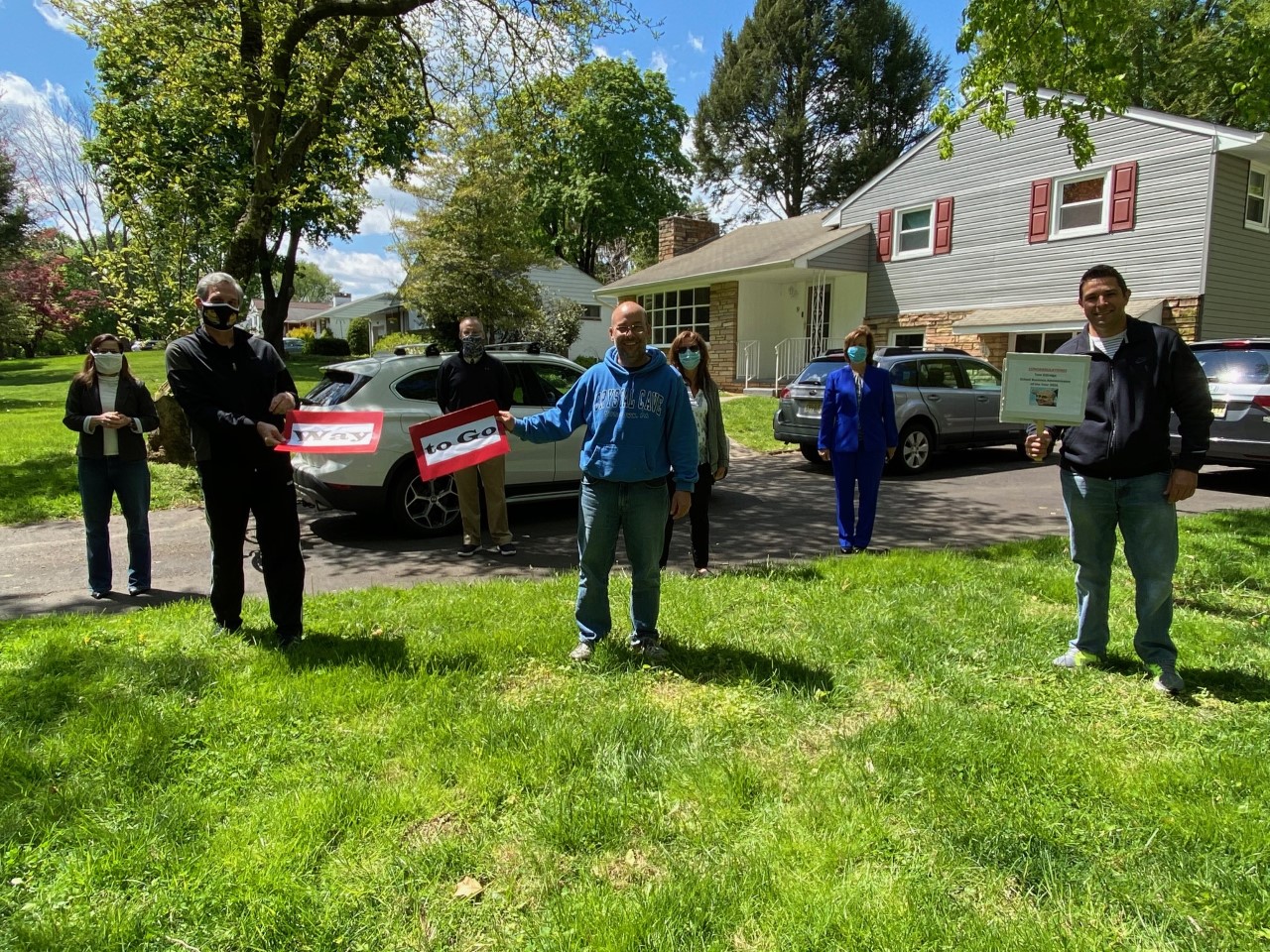 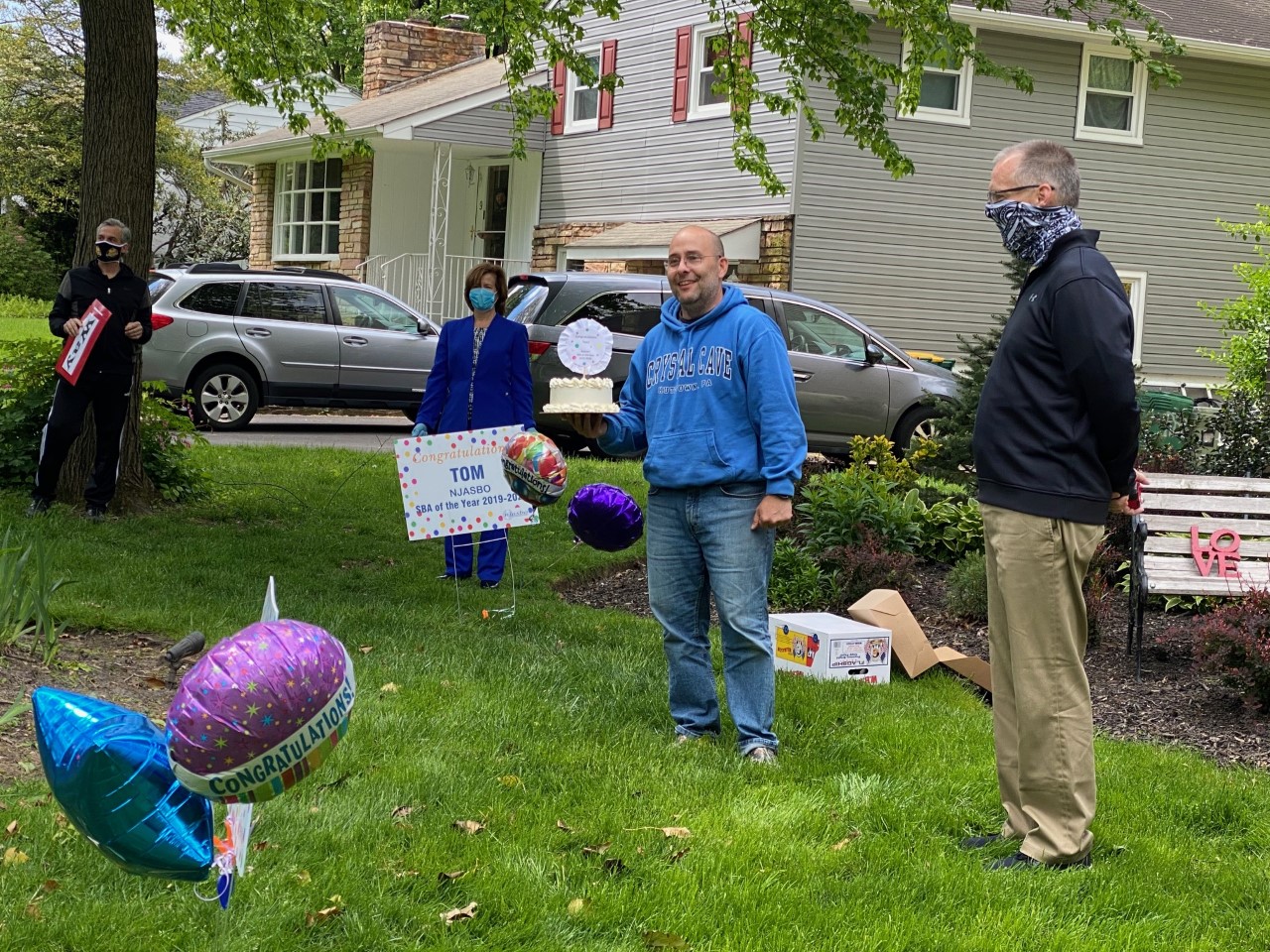 2 / 2
Thomas Eldridge was named School Business Administrator of the Year; family and friends surprised him with a car parade on May 12.PHOTO COURTESY OF LAWRENCE TOWNSHIP PUBLIC SCHOOLS

For Thomas Eldridge, May 12 started out as a typical work day for the Lawrence Township Public Schools business administrator.

But when Eldridge saw nearly two dozen cars stop in front of his house, he began to wonder what was going on. Then, his wife told him to come outside.

It wasn’t until the people in those cars got out, carrying balloons and waving posters that said, “Congratulations Tom. NJASBO SBA of the Year 2019-2020” that it dawned on him that he was being honored as the School Business Administrator of the Year.

Among the people who spilled out of the cars were co-workers from the school district and colleagues from the New Jersey Association of School Business Officials. The organization includes school district employees who are involved in the business end of the district.

Each year since 1999, the New Jersey Association of School Business Officials has honored one of its own as the member of the year. This year, it was Eldridge’s turn to be recognized.

It came as quite a surprise to be honored as the School Business Administrator of the Year – almost as much as the surprise of seeing his friends and colleagues standing outside his home, he said.

Eldridge said his colleagues were “very generous” in their selection of him as the School Business Administrator of the Year.

“The members of the New Jersey Association of School Business Officials are caring educators who are focused on bringing resources and services to the classroom. I am honored by their choice and grateful to be one of them,” he said.

Eldridge said he believes that his role as the business administrator is to “find ways to deploy resources to help make the educational mission happen and to make educational dreams come true.”

Eldridge was nominated for the award by Superintendent of Schools Ross Kasun, who praised him for his dedication and effort. The result is a positive climate in the Lawrence Township Public Schools that, in turn, inspires students and staff, Kasun said.

Former Superintendent of Schools Crystal Edwards also praised Eldridge, noting that his talents were in business management, capital improvements and state regulatory compliance. She worked with Eldridge for 12 years – as the assistant superintendent for curriculum and instruction, and later as the superintendent of schools.

“Tom’s gift was in developing relationships with staff and being a supportive champion of public education,” said Edwards, who is the current superintendent of schools in the Lynchburg City Schools in Virginia.

“Tom’s care and compassion for children and his commitment to public service make him a worthy recipient of this award,” Edwards said.

Eldridge was hired to become the business administrator for the Lawrence Township Public Schools in 2001 under then-Superintendent of Schools Max Riley, who often described Eldridge as a “wunderkind” – someone who succeeds at an early age in a competitive or highly difficult field.