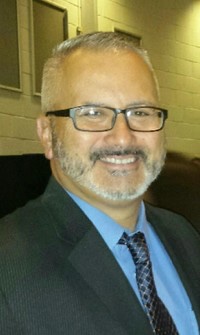 Assistant Superintendent Kathleen Hoeker announced the news at a Board of
Education meeting on May 19. She said under Cittadino’s leadership, the district has moved forward, advancing programs and making difficult decisions in the face of adversity.

“He supports those in need and made me a better leader,” Hoeker said.

Cittadino is a well respected veteran, who “has clearly made contributions to the school district he leads as well as his colleagues,” said Scott Taylor, president of the MCASA. “He has forcefully advocated on his kids’ behalf through the things he shares with our group, and he does it humorously.”

Cittadino said he was proud to accept the award on behalf of the Old Bridge Schools
community.

“Like any of the many accolades this district has received over the past few years, this is no
reflection on a single person, but a total team effort,” he said. “The Old Bridge community is by far the most embracing family and a place that has a shared belief in the child-first model. I am deeply appreciative of every member of our school district that allows us to shine as a thriving education system.”

Cittadino expressed appreciation to his fellow superintendents from Middlesex County.

“I am grateful for their camaraderie,” he said. “These brothers and sisters provide the strength and support needed during these trying times in education.”

The MCASA is made up of administrators representing 25 school districts in Middlesex County.