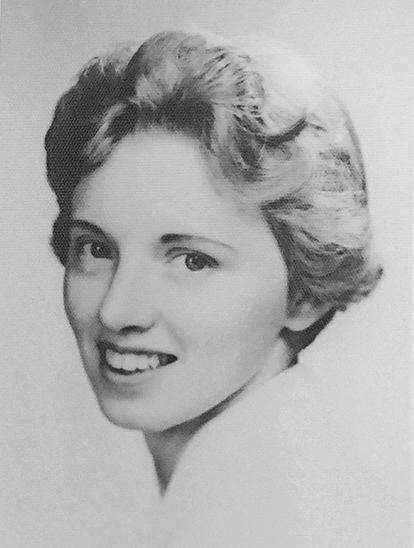 Elaine Farrand, 80, died peacefully on Saturday, May 23rd in Hillsborough, NJ.  She was the loving wife of the late Paul Francis Farrand for 50 years. Elaine was the youngest of 7 children of the late Mary Masterson Hayden and Joseph Stanley Hayden. She was preceded in death by her brothers Dr. Joseph S. Hayden and Fr. Ted Hayden, and sisters JoAnn Hayden Murphy, M. Loeman Hayden, Dorothy Ann Hayden and Patricia Hayden.

Raised in Winthrop, MA, Elaine was a 4th generation Bostonian and cherished so many things from her beloved home state, including ice skating at the Boston Common,  the Boston Red Sox and New England Patriots,  the ocean shores of Cape Cod, the Swan Boats of Boston Public Garden, Quincy Market and Bailey’s Ice Cream parlor.

Elaine attended Notre Dame Academy High School, earned her bachelor’s degree in Sociology and Education from Emmanuel College in Boston and a Masters in Reading in Language Arts from Framingham State College. She was a Title 1 Reading teacher at Woodrow Wilson School in Framingham, MA and made a career shift to technical writing for various tech companies once her children were grown.

Despite hardships in her life, including the tragic early loss of her father, three sisters and her niece to Marfan Syndrome, and later raising a special needs child, she was a person of deep faith and conviction. She was an active member of St. Bridget’s Catholic Church in Framingham, MA and later Mary Mother of God Church in Hillsborough, NJ. Elaine was a fierce advocate for those less fortunate, including those from the special needs community, the immigrant community and the Title 1 community. She shared memories with, and had a deep connection to, her many friends from Liberia, Africa, where her dear brother Fr. Ted Hayden lived and served for over 50 years.

Elaine first met her husband Paul, the best friend of her brother Joe, when she was three years old. Years later, they fell in love and married in 1960.

During their 50 years of marriage until Paul’s death in 2010, Paul and Elaine were deeply in love and hopeless romantics.  Paul believed the lyrics from “Annie’s Song” by John Denver best captured how he felt about Elaine. He framed the lyrics for her and they’d often listen to it together. As Paul did in 2010, Elaine entered into heaven while listening to their special song.

Elaine’s greatest joy came from spending time with her grandchildren and she spent her later years travelling to be with them.  She is survived by her loving children and their spouses, Tricia (Farrand) and Ron Kordalski of Green Valley, AZ; Paul G. Farrand and Julie Kalkowski of Omaha, NE; Christine Farrand of Hillsborough, NJ and Juliane (Farrand) and Nikolai Bahram of Santa Cruz, CA; six grandchildren: Lauren & Charles Kordalski, Maureen & Emma Kalkowski-Farrand, Alexander & Andre Bahram, her dear sister- in-law Betty Lou Hayden, and many cousins, nieces and nephews.  She leaves behind a legacy of kindness, humor, warmth, love, and compassion.

When possible, a Memorial Mass and celebration of life will be held.

In lieu of flowers, donations can be made to Alternatives for Special Needs (https://www.alternativesinc.org/),or the Fr. Ted Hayden Liberia Scholarship  (http://www.frhaydenscholarship.org/)