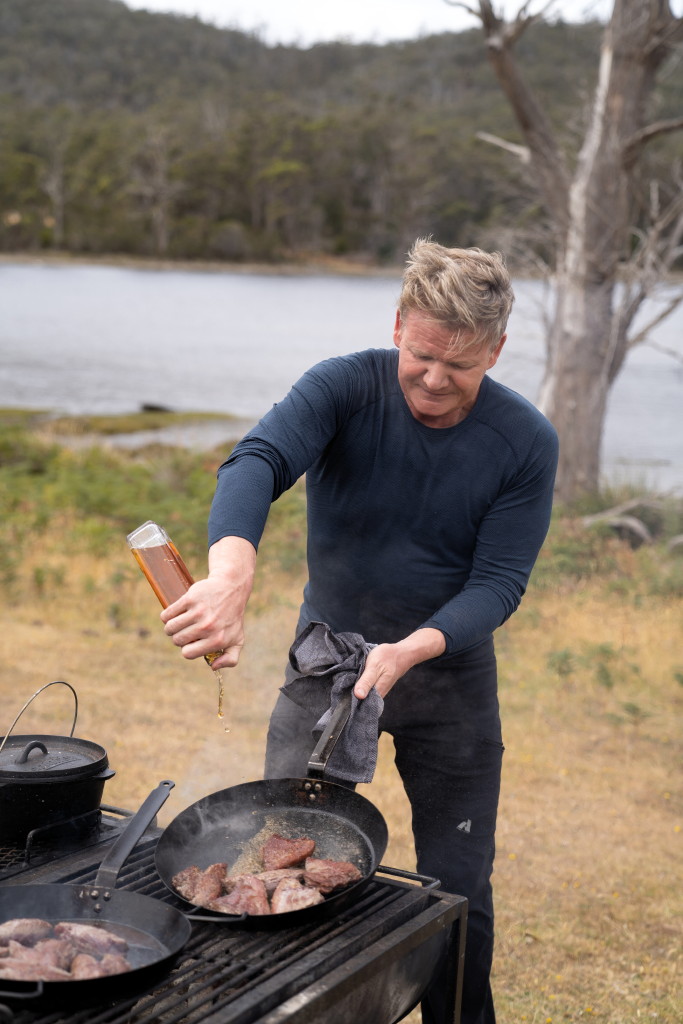 The king of the kitchen is hitting the road again, going off the grid and off recipe in the second season of Gordon Ramsay: Uncharted, premiering Sunday, June 7, at 10 p.m. ET/PT on National Geographic. Gordon dives, fishes, forages and leaps out of helicopters on another action-packed adventure in the pursuit of food. From the grasslands of South Africa filled with big game to the jungles of Guyana crawling with caimans, his culinary journey also takes in the bounty of Tasmania’s pristine wilderness, Louisiana’s Cajun swamps, Norway’s icy fjords, the spice-packed mountains of South India and the epic Indonesian island of Sumatra.

Like a modern-day tribute to Swiss Family Robinson, home renovation experts Bryan and Sarah Baeumler pack up their family and move to a tropical island with the dream to renovate an entire resort. Renovation Island, a new HGTV series premiering on Sunday, June 7, at 8 p.m. ET/PT, follows the Baeumlers as they set off on their epic adventure to restore a massive, rundown beachfront resort in the Bahamas. In the premiere episode, the family bids an emotional farewell to their familiar home and life. As the tremendous resort renovation begins, the island’s tropical weather, wildlife and remote location are just a few of the challenges the family must navigate as they adjust to life in a new country. Throughout the season, Bryan and Sarah are determined to realize their dream of reviving the tropical paradise despite the rollercoaster ride of emotions that comes with a seemingly impossible timeline, a maxed budget and unexpected issues such as extensive rust and termite damage in every building as well as the threat of a hurricane mid-reno.

Travel Channel will premiere its new series Buried Worlds with Don Wildman on Monday, June 8, at 9 p.m. ET/PT. Wildman is on a mission of a more cryptic sort, heading to remote regions of Peru, Haiti, Bulgaria and beyond – visiting the dark chasms and caverns of the paranormal and supernatural, tracking alleged lingering ghosts, devilish demons, vampires and witches burned at the stake. His global quest to explore the world’s most terrifying mysteries will consist of seven hour-long episodes and a two-hour special event finale. In the premiere episode, Wildman begins his adventure by traveling to Eastern Europe to discover the truth behind the haunting stories of vampires that still linger and torment rural Bulgarian towns.