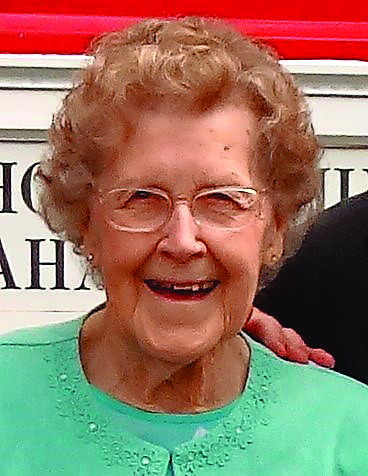 Sylvia H. Lawton passed away on May 22, 2020 in Doylestown Hospital at the age of 89, after an extended illness.

Sylvia was born on September 2, 1930 at home in Lambertville, NJ, the second of four children of Joseph Russell and Margaret Jane (Higgins) Heath.

Growing up on Perry Street in Lambertville, she attended public schools, graduating from Lambertville High School in the class of 1948.  She excelled as a student, and was active in high school theater and as a cheerleader for the athletic teams.  During World War II, she served as an observer with the Aircraft Warning Service, a civilian service of the United States Army Ground Observer Corps.

After high school, Sylvia switched tracks from following her mother into teaching to pursuing a career in nursing, in the footsteps of her beloved aunt Mary (Higgins) Housel. She enrolled in the three-year intensive training program at Mercer Hospital’s School of Nursing in Trenton, NJ.  She graduated as a registered nurse in 1951.  At Mercer she established several “forever” friendships that endured for over 70 years.

In 1952 Sylvia married Floyd Stanley Niederer of Titusville, NJ.  Together they built a new home on rural Pleasant Valley Road near Harbourton, NJ, and there raised three sons, Karl, Mark, and Donald.  She gave up full-time nursing in 1953 to become a dedicated career mother, her greatest achievement.

With her sons in college and high school, Sylvia returned to employment outside the home as public health nurse for Hopewell Township, NJ, a post she held for nearly two decades.

She lovingly nursed Floyd, her husband of 40 years, at home during his final illness in 1992-93.

After moving to Buckingham Springs in Buckingham, PA in 1995, Sylvia met and in 1996 married Chester A. (Chet) Lawton, Jr.  They enjoyed seven years together before his death in 2003.

Sylvia was active in her community and church throughout her life, serving as PTA member and president in Titusville, 4-H club leader and camp counselor, school band booster, and in church and neighborhood organizations.

A woman of deep, authentic faith in Christ, Sylvia was a lifelong church member, serving as a Sunday school teacher and as one of the first elected female elders in Titusville Presbyterian Church.  She later became a dedicated member of Lahaska United Methodist Church, faithfully supporting its ministry for 25 years.

For most of her adult life, Sylvia was a gifted seamstress, quilter, and above all, counted cross stitcher.  Hundreds of examples of her exquisite, deeply personalized artistry of stitches in time today grace the beds and walls of family and friends’ homes throughout the country and .  internationally, still speaking to viewers in thundering, velvet silence.

Sylvia’s life was celebrated at a private memorial service for immediate family on Tuesday, May 26, 2020 at the home of her son Mark in Titusville, followed by private interment at Harbourton Cemetery.  The family will also hold a traditional public memorial service on a future date, at a place and time to be announced when such gatherings are permitted.

In lieu of flowers, memorial contributions may be made to Lahaska United Methodist Church, P.O. Box 134, Lahaska, PA 18931-0134.Arrangements by Blackwell Memorial Home, for condolences go to blackwellmh.com