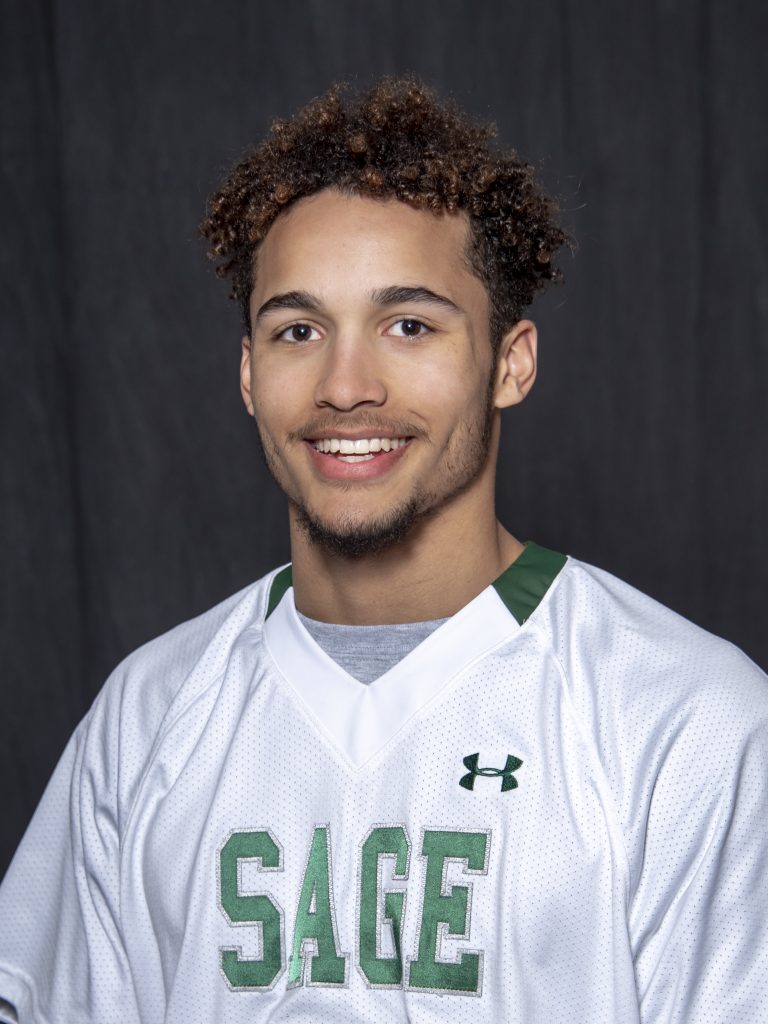 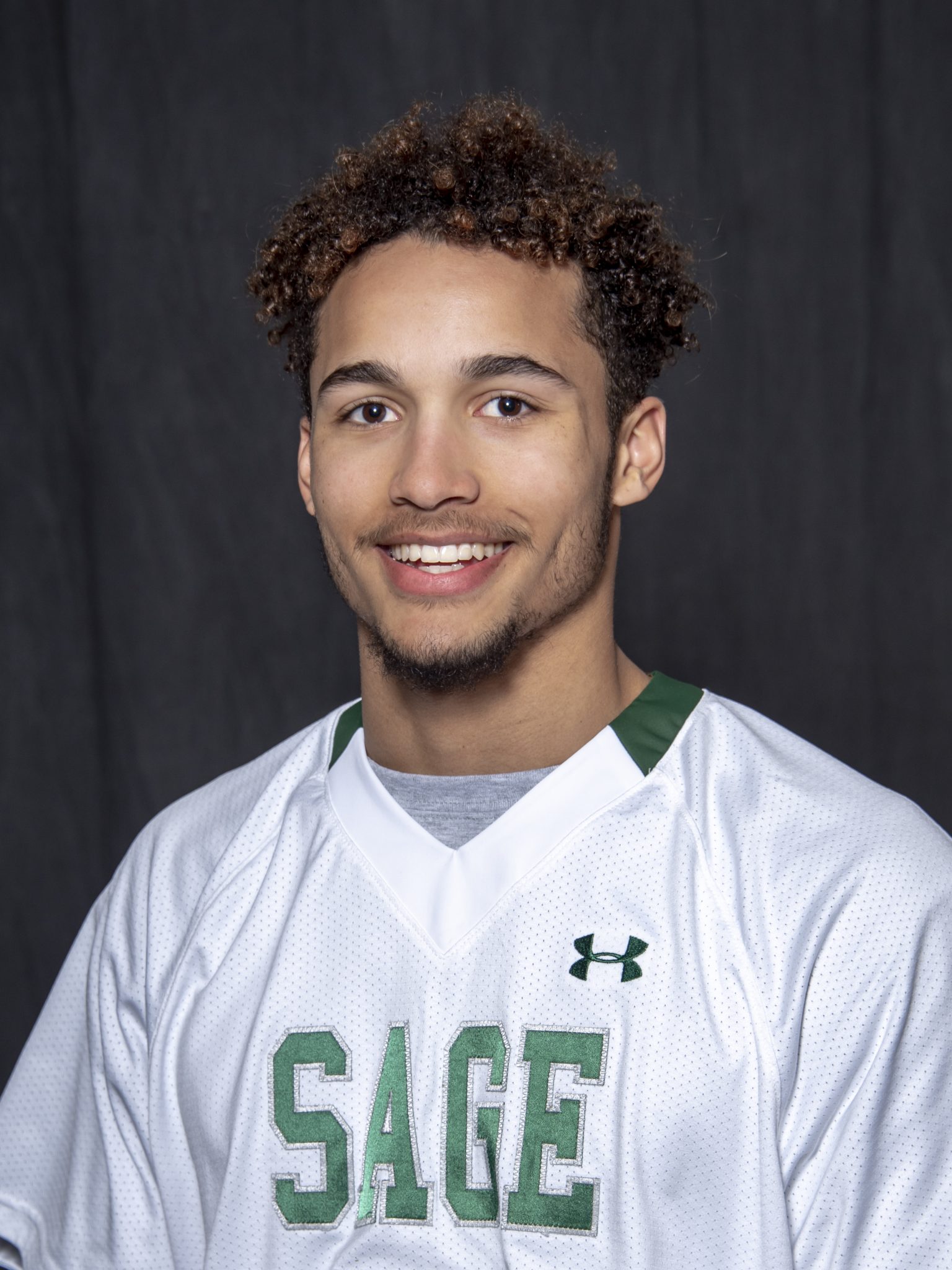 SPOTSWOOD – Shea Obado is an athlete who is always up for a challenge.

“I’m a competitor,” Obado said. “I try to conquer anything I set my mind to. I’m always trying to be the best in anything I do.”

The Spotswood native got an opportunity to challenge himself and play lacrosse at the collegiate level for Sage College of Albany after graduating from Spotswood High School in 2018.

It was a big challenge for Obado since he did not get the chance to play lacrosse in high school because Spotswood didn’t have a boys lacrosse program.

Despite being at a disadvantage with competing against other players who had the luxury of playing lacrosse at the younger level, Obado didn’t back down and took his game to the next level over the past two years.

His hard work helped him earn one of the team’s top honors for the 2020 season as a sophomore, being named Gator of The Year for the men’s lacrosse program.

“I was really hyped when I first heard about it,” Obado said. “I made a big leap in my play this year. It’s crazy to achieve this honor after not playing lacrosse in high school and doing so in a short amount of time.”

The Men’s Lacrosse Gator of The Year award is given to the player who exhibits the best all-around play on the field and does well off the field in the classroom, Obado was told by his head coach, Ryan Lanigan.

Obado shined on the field during the squad’s shortened season due to the coronavirus pandemic. He played in all seven games, tallying 10 points by scoring three goals and dishing out seven assists from his midfielder position.

The sophomore was also a team captain this season.

During his freshman campaign, Obado racked up nine goals and 11 assists in 16 games played. He led the squad in 2019 with 95 ground balls and forced 10 turnovers.

One of Obado’s top moments during his freshman season was scoring the go-ahead goal against Houghton College to help the Gators earn a 12-9 victory.

Not being able to play lacrosse in high school made Obado want to learn more about the sport, he said. It’s the reason why Obado loves going to practice and working more on his game.

“I love learning,” Obado said. “Lacrosse is a sport that came naturally to me. If you keep practicing at it, you can become good at it.”

Obado showcased his athletic abilities in many ways during his time at Spotswood High. He played running back and defensive back for the school’s football team and helped the program win its third straight Greater Middlesex Conference Blue Division title during the 2016 season.

He also competed for the school’s spring track and field and tennis teams while in high school.

It was during the summer when Obado was able to play the sport he loves: lacrosse. Obado played for Tri-State Lacrosse and the Big Green Lacrosse Club, a boys lacrosse program based out of East Brunswick.

The summer going into his senior year of high school, Obado attended a boys lacrosse camp at Kean University. It was there that he made friends with DJ Baraniuk, who was being recruited at the time by Sage.

Baraniuk told Lanigan about Obado and the coach proceeded to come all the way down to New Jersey to watch his now star midfielder wrestle a match against Hunterdon Central High School.

After Obado’s match, the two talked, and the rest was history, as Obado puts it.

In two years, Obado has become one of the team’s top players. He and his other Sage teammates are hoping to make some noise in the Empire 8 Conference next season after not getting the chance to see what they could do this spring because of COVID-19.

“Our team feels we’re stepping in the right direction,” Obado said. “It was a great feeling to get the Gator of The Year honor this year. Coach (Lanigan) told me he definitely believes I took a big leap in my play this season. Hoping to build on it and help the team do well next year.”

Obado admits that it didn’t feel real at first when the pandemic hit and the season was canceled. As he puts it, he went from being a freshman to a sophomore to now a junior in a blink of an eye.

Obado said he is grateful that he has another two years left and will not take anything for granted going forward.

“I’m pushing myself harder than I have ever before,” Obado said. “I started from the bottom and worked my way up to getting an award this season. The sky’s the limit.”

Only three new cases of COVID-19 reported from Hightstown over past...

Lawrence residents asked to have ‘strength and resilience’ during fight against...

North Brunswick reaches out to other states to share messages of...