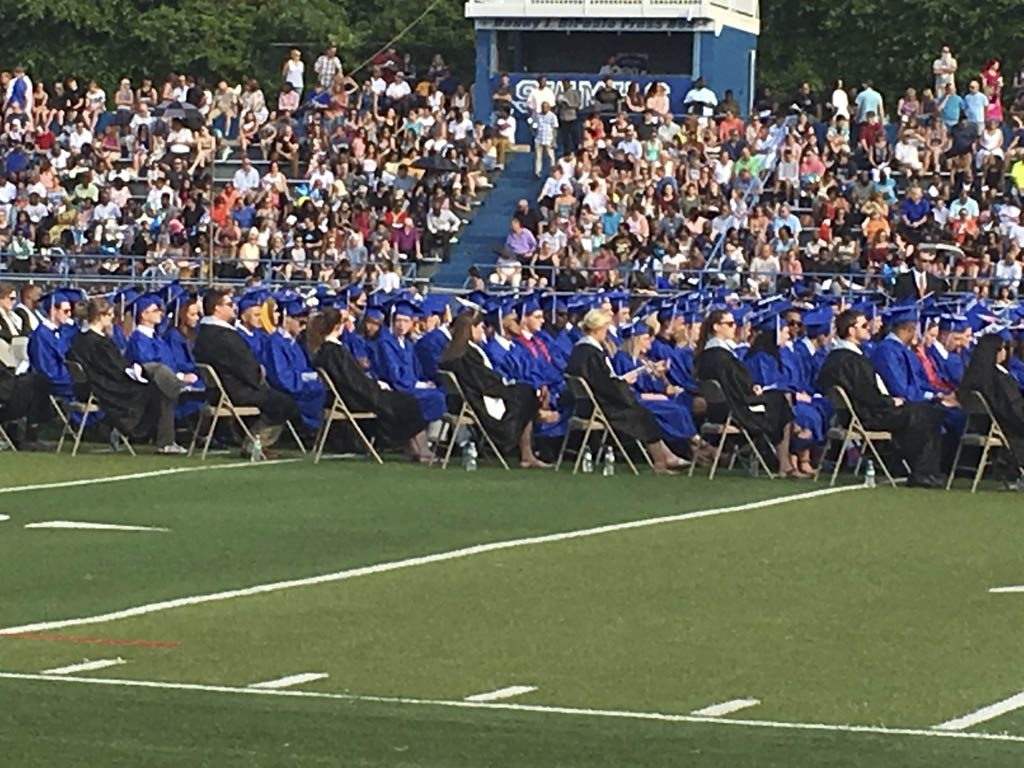 SAYREVILLE – With the ongoing coronavirus (COVID-19) pandemic preventing traditional graduation ceremonies, the Sayreville School District is holding ceremonies at the graduating seniors’ homes on June 8 and 9.

Superintendent of Schools Richard Labbe affirmed in a newsletter sent out on May 30 that the Sayreville War Memorial High School Class of 2020 will receive individual in-person graduation ceremonies at each graduate’s residence on June 8 or 9, where they are allowed to have up to 22 friends and family members present. Photos from the ceremonies will be included in a virtual ceremony that will also have pre-taped speeches and is scheduled to have a live stream on June 11 at 6 p.m.

The ceremonies will be held prior to the official academic end of the school year, which is June 11 for students.

The school district’s action follows the ongoing coronavirus pandemic, which has led to traditional graduation ceremonies being prohibited by the state. According to the state, in-person commencement ceremonies are not allowed until July 6 and must be outdoors and meet the relevant capacity limitation on in-person gatherings in place at the time of the ceremony.

In his letter, Labbe stated that the district considered holding a ceremony after July 6, but found the social distancing requirements stipulated to render any normal graduation ceremony nearly impossible, particularly because only 25 people are currently allowed to gather at an outdoor event at once.

“Even if that number [25] were to quadruple by then to 100 people, counting staff and at least two parents per child, we would only be able to graduate 25 students at a time and would need to repeat the ceremony – in which we would be prohibited from handing diplomas to students – at least 20 times,” Labbe wrote. “Of course, we could graduate more children than that if we excluded parents, which they [state officials] actually encouraged in the guidance. Can you ever imagine holding a high school graduation ceremony without parents? We cannot and will not.

“Nonetheless, even if the allowable social gathering capacity number increased to 500 people by then, we would only be able to graduate 150 students at a time and would need to hold at least three ceremonies,” he continued. “Even if the number increased to 1,000 people – which is highly unlikely – counting two parents for each student and the minimum amount of staff required to safely hold a ceremony, we would need to hold two separate ceremonies.

As a result of these factors, Labbe explained that district administrators would continue with their plan to provide in-person graduation ceremonies to the outgoing seniors.

“While I know that this news will be disappointing to many of our graduates and their parents, please understand that we must focus first and foremost on what we can do now to recognize and honor our amazing students who have been through so much, rather than take a risk on what we could possibly be able to do in the future, especially when our governor and the NJDOE [Department of Education] have clearly demonstrated the inability to make a firm decision on this matter,” the superintendent wrote.

“However, if at some point within the next month, we receive reliable information from them that would make us confident that we could hold a ceremony at Bomber Stadium sometime in July that could include all our graduates and at least two of their parents, we will consider providing this additional ceremony.”

Trees and branches can be placed curbside in Sayreville for pickup