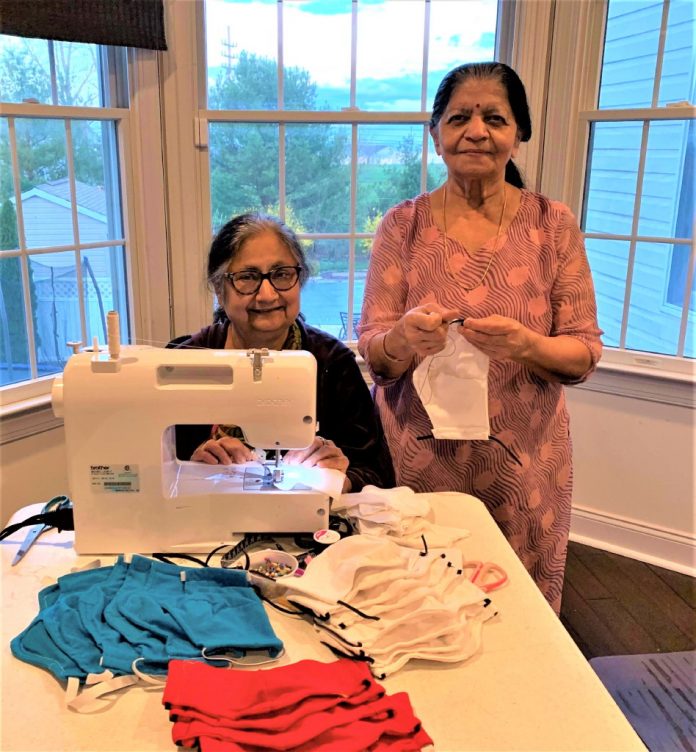 Project Seniors Sew, an ad hoc group of local home sewers, announced they have made and donated more than 4,000 masks to CentraState Medical Center, Freehold Township.

“The number and quality of the masks donated is a testament to the incredible work ethic of our sewers,” project manager Jane Gavaghen said. “Our sewers knew their masks could save lives and that’s the way they worked.”

Freehold Township was an early and continuing hotspot during the 2020 coronavirus pandemic and residents in surrounding communities also felt the impact of the illness, according to a press release from the group that supported the hospital.

The mask project began March 21 with a text that read, “Mobilize everybody into making facemasks?”

Master seamstress Suzie Coulter was the first sewer on board, researching and testing the patterns, according to the press release.

Soon an assembled army of nearly 100 sewers was hard at work. By March 31, 300 hand-sewn masks were delivered to the hospital. Less than two months later, 4,000 masks had been delivered, according to the press release.

The group was the brainchild of Maureen Fasano, who is a member of the Township Committee in Freehold Township, and Realtor Katie Kelliher.

Fasano reached out for fabric contributions and personally assembled hundreds of supply kits. Her small army of volunteer drivers continuously dropped the supply kits in the sewers’ mailboxes and on driveways, according to the press release.

“Freehold is my hometown,” Fasano said. “This project shows the best of our town; love support and strength. We are a true community. If there is a need, we rise to it.”

The group received hundreds of T-shirts from local businesses, municipal and civic organizations, including Printing to Go and Big Frog T-Shirts.

Families who received heartfelt community support during their darkest days were among the first to support the sewing group, including the Stephanie Parze Foundation, Liv Like a Unicorn and the Graeme Preston Foundation, according to the press release.

Volunteers, enthusiastic to help protect medical workers on the front line of Freehold Township’s battle against the illness, found the project had benefits for them as well.

“This incredible team of organizers, sewers, distributors and supporters brought our hometown community closer than ever,” sewer Heidi Simon said.

Records keeper Lia Fisher said, “Even though we were all physically isolated, none of us were alone.”

Many of the seniors who participated by making masks were happy to be called on for such an important mission. Mamta Shaw said her mother and mother-in-law “love making these masks. It gives them a sense of purpose.”