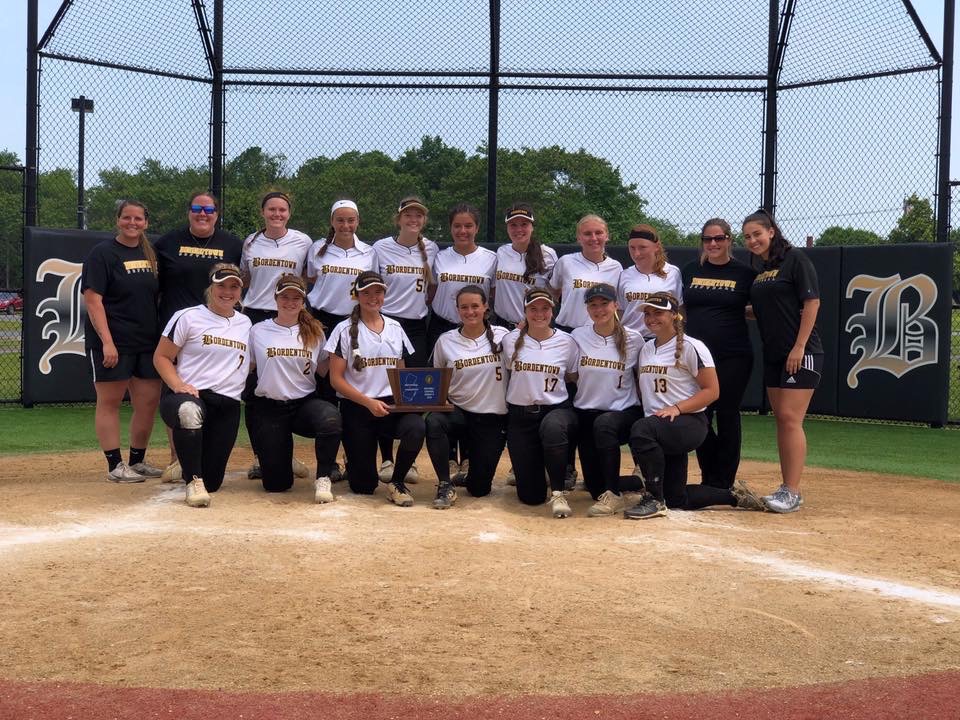 BORDENTOWN – Last year, the Bordentown Regional High School softball team put together one of the best seasons in the history of its program.

After defeating Delran High School in the Group 2 semifinals by a score of 15-0, Bordentown advanced to its first state championship game against Ramsey High School.

The outcome of the state final did not go Bordentown’s way with Ramsey winning on a walk-off single in the seventh inning, but didn’t take away from what was an historic 20-7 season for the Scotties.

Going into the spring, Bordentown was ready to build off its outstanding 2019 campaign with ace Annabella Pisapia back to lead a Scotties’ team that featured a powerful lineup with Hailey Cope, Brianna Fischer and Angelina Marino all returning.

The Scotties were geared up to compete again at a championship level, however, the coronavirus pandemic crushed those hopes.

“It was obviously a disappointment for us not to play this spring,” said Bordentown softball Coach Nicole O’Leary. “This program means a lot to our girls. They all love playing softball. We’ve had some success the last few years. With all the returners we had coming back, we felt we could compete at the highest level.”

When all high school athletics were put on hold in the state on March 13, O’Leary set up a Google Classroom account for the team where they would meet everyday for an hour the next couple of months as they waited to see if the season would resume.

The team would workout together and lend support to each other as they all hoped for a chance for a season.

O’Leary said some of her upperclassmen also communicated with players offline to see how everyone was doing and to keep them to stay positive during the whole situation.

“The players stayed positive and hopeful throughout everything,” O’Leary said. “We hoped we would have a season, but it didn’t happen.”

The hope for a season ended on May 4 when the NJSIAA canceled the spring sports season after Gov. Phil Murphy announced that schools would remain closed for the rest of the academic year.

The news was heartbreaking, but O’Leary said her team handled everything the best they could, especially her three senior players, Pisapia, Rachel Scranton and Cali McCormick.

To honor the seniors for all their hard work over the years, O’Leary and her coaching staff organized a Senior Day Drive By Parade where everyone on the team would come to each player’s house to drop off a yard sign with their name on it and a special gift bag.

“The seniors handle everything as well as expected,” O’Leary said. “You don’t imagine something like this happening and for your last year to end like that. They stayed poised and positive throughout it all.”

The spring didn’t feature any softball for the Scotties, but the summer could offer some moments for the 2020 team and the seniors to experience.

Murphy announced on June 15 that low-risk organized sports like baseball and softball can resume activity on June 22.

The NJSIAA stated in a press release on May 30 that high school sports can resume practices on June 30 and released a statement last week that any type of games, along with workouts for fall sports can take place starting on July 13.

O’Leary stated that she still hasn’t received any word from the school on what the guidelines will be when the team is able to take the field.

A round-robin tournament against schools from Burlington and Mercer counties or a special last game of some type are options the coach hopes her team can do this summer.

Since most of her players play for a club team during the summer, O’Leary knows that will also be a priority for some girls.

“It would be nice to get to play against some local schools that you would usually play during the season,” O’Leary said. “A lot of these girls play with each other in the summer for their travel teams. Depending on what the school allows us to do will determine what our plans going forward will be.”

When and where that opportunity arises for the girls to take the field, O’Leary knows her players will be ready to give everything they have as this spring has taught them to take nothing for granted.

“This experience is going to make these girls play harder,” she said. “We tell them to keep moving forward and to stay positive. They will always have memories of playing from their other years in high school. This year will serve as a different memory for them and help make them stronger for the future.”