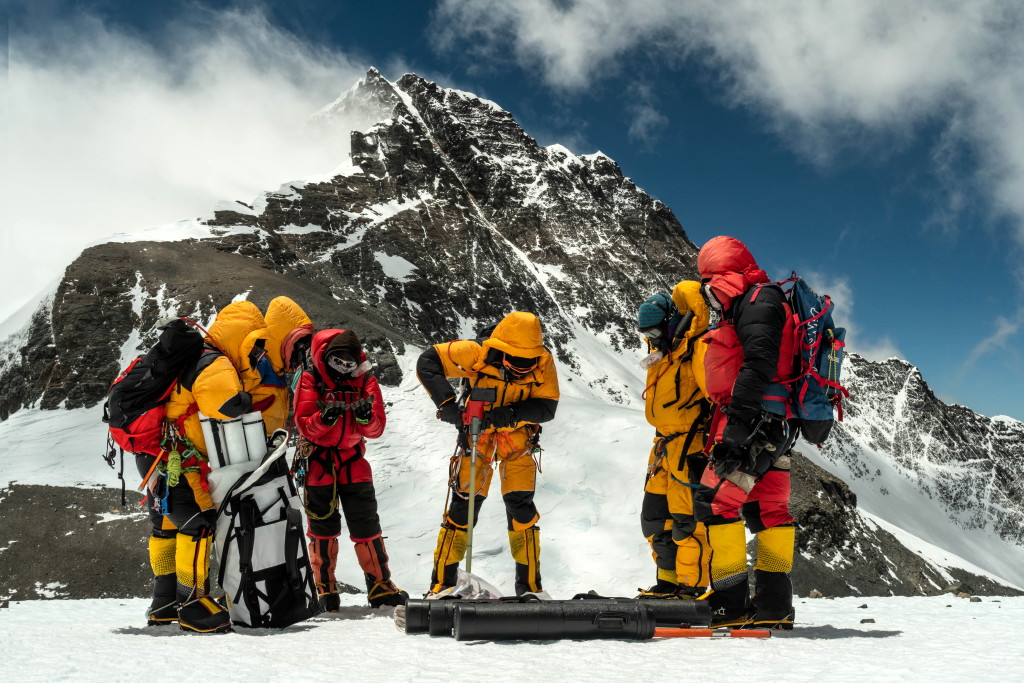 National Geographic Channel will premiere Lost on Everest Tuesday, June 30, at 10 p.m. ET/PT. The one-hour special shines a light on one of exploration’s most perplexing mysteries: What happened to the great explorers Andrew “Sandy” Irvine and George Leigh Mallory, who set out on June 8, 1924, to attempt the first true summit of Mount Everest? At just 800 vertical feet from the summit, the men were swallowed by a storm cloud and never seen again. Although Mallory’s body was recovered 75 years later at 27,000 feet, the location of Irvine’s remains is still unknown. An incredible team of professional climbers, filmmakers and Irvine experts — boasting an impressive 100 combined years of experience on Mount Everest — is led by journalist, climber and adventurer Mark Synnott and National Geographic photographer, climber and mountaineer Renan Ozturk in an attempt to discover whether Irvine and Mallory successfully conquered the world’s tallest mountain, a feat that, if accomplished, would rewrite history. The special features never-before-seen breathtaking images captured from high-altitude drones and combines alpinism, archaeology, and cinematic storytelling to try to solve one of exploration’s greatest mysteries.

CBS will premiere the new series Tough as Nails on Wednesday, July 8, at 9 p.m. ET/PT. Hosted and created by Phil Keoghan, this is a competition series that celebrates everyday Americans who roll up their sleeves and don’t think twice about working long hard hours and getting their hands dirty, in order to keep their country running. Competitors who consider the calluses on their hands a badge of honor will be tested for their strength, endurance, life skills and, most importantly, mental toughness in challenges that take place at real-world job sites.

TLC‘s new season of Counting On will premiere on Tuesday, June 30, at 9 p.m. ET/PT, with a one-hour episode that will take viewers into what quarantine and social distancing means for a family of 19+ people. The opener shares how the Duggars are coping with the effects of the COVID-19 virus and will check in with the different branches of the family across the country. Throughout the season, the Duggar children continue to come into their own, with many family units continuing to grow.

Why didn’t ‘Modern Love’ on Prime get more Emmy love?