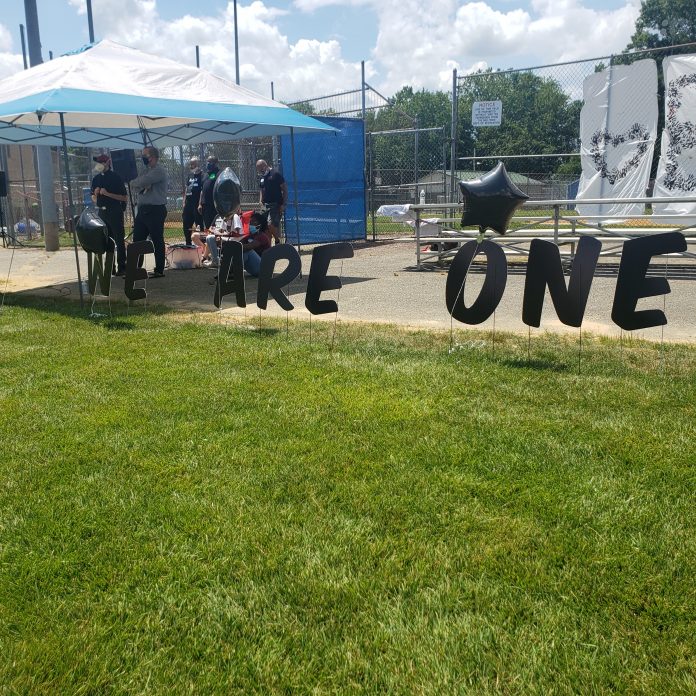 MILLTOWN – In efforts to combat discrimination in all forms, Mayor Trina Mehr announced the creation of Human Relations Commission.

Mehr made the announcement at a peaceful protest at Milltown Boro Park on June 19.

The peaceful protest was hosted by Katty Velez of Dreams of Home with Bell and Stockton LLC with the theme “We are One.” The event, in the wake of the events in Minneapolis, included guest speakers and a community open mic.

Many in the crowd made signs – “Black Lives Matter” and “No Justice, No Peace.”

Mehr said the creation of the Human Relations Commission would promote social and cultural harmony and cultivate an understanding and acceptance in the borough.

“I am here to listen and learn,” Mehr told the crowd. “I can assure you I denounce racism unequivocally. Racism has no place in Milltown.”

Mehr said she believes the peaceful protests all around the country will bring about the changes needed to end racial injustice and anti-racist policies and bring on education and active participation.

“Embracing diversity and creating a culture of inclusion can only make our town stronger,” she said. “Ensuring everyone has a voice and everyone can be heard and appreciated can help us grow and prosper in the future.”

Mehr said as the theme of the peaceful protest states “We are One” Milltown, she challenged people to get involved, reach out to family and neighbors, and call out racist behaviors.

“More importantly look in the mirror and ask yourself, have you done everything you can to be part of the solution, not the problem,” she said. “Let us extend out the hand of humanity because that’s really what it’s all about, treating everyone, every single person with kindness.”