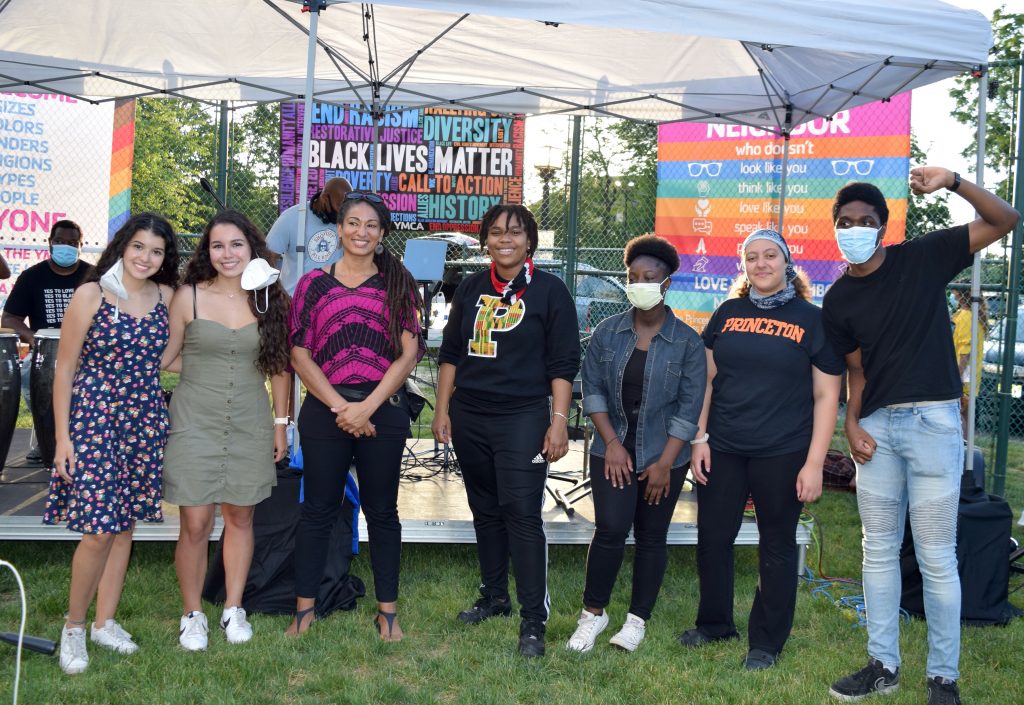 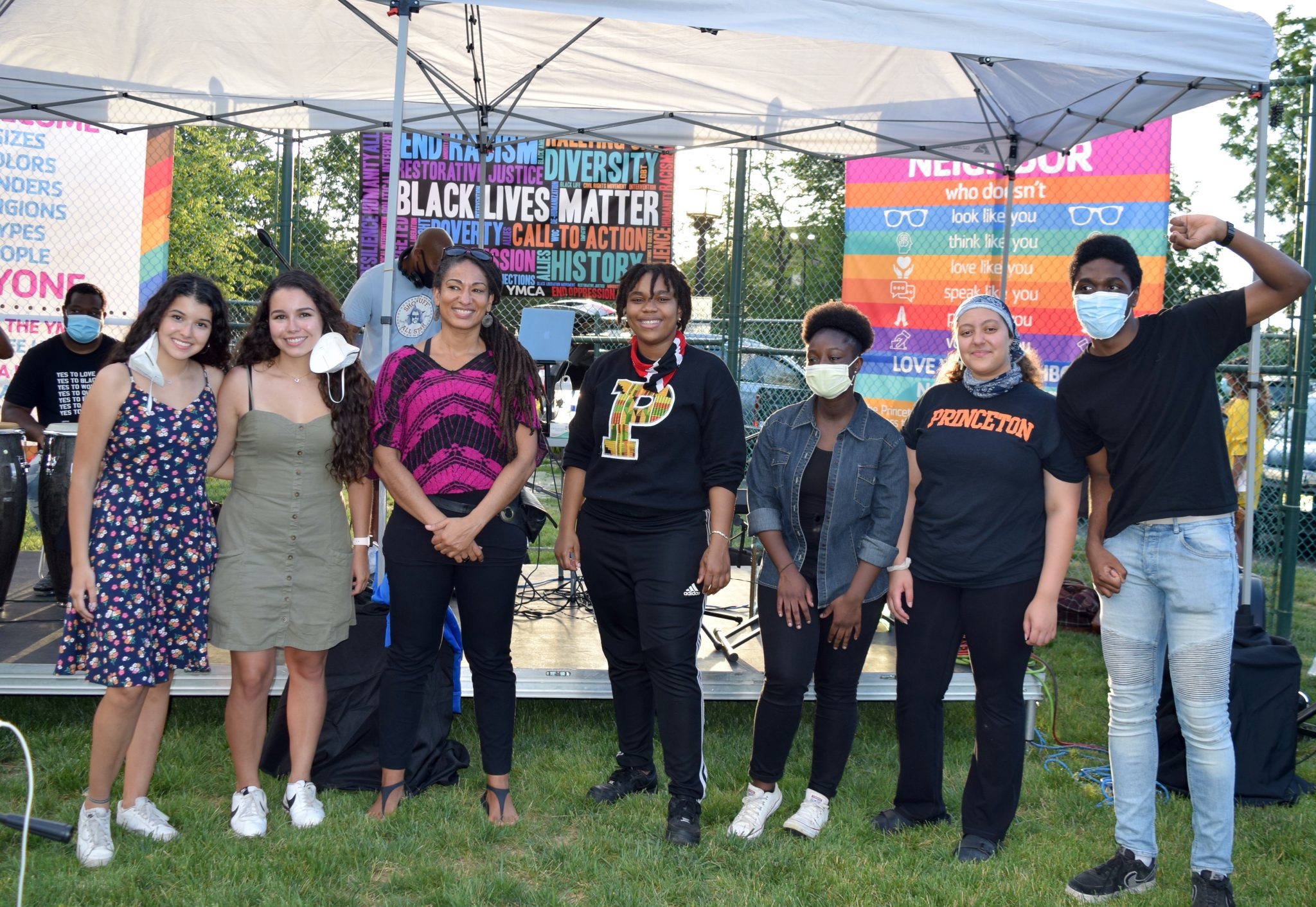 Billed as a celebration of the cultural achievements of Black Americans and a commendation of the Black Lives Matter movement, it was a day of solidarity, celebration and action on June 18 at the Princeton Family YMCA field.

The program began with a land acknowledgment of the Lenni Lenape peoples, followed by a mass kneeling for 8 minutes 46 seconds to recognize Black lives lost to centuries of racist state and nonstate violence. A Juneteenth proclamation, requested of Mayor Liz Lempert by organizer Valeria Torres-Olivares, was read by Princeton Council members Leticia Fraga and Dwaine Williams, according to information provided by Savory PR.

“Juneteenth is a reminder of a celebration that was simultaneously delayed and denied even as it was declared. On June 19, 155 years ago, enslaved people discovered that they had been emancipated,” Mjumbe said in the statement. “One hundred fifty-five years later we are still discovering that we have yet to fully realize our freedom. I valued the opportunity to participate in the Princeton Juneteenth. I see it as yet another opportunity to engage and to be engaged by those who are interested in rediscovering and rededicating themselves to a continuing struggle for freedom.”

Three sponsors had tables: Princeton Community Democratic Organization, Princeton Public Library (PPL), and the Arts Council of Princeton. The PPL contributed a tote bag of books for all ages focused on anti-racist teachings from their recommended reading summer reading for a raffle, and worked with Vivia Font of the Lewis Center for the Arts, another sponsor, to create a history of Juneteenth video program featuring historian Dawn Wisteria Bates, Rev. Lukata Mjumbe, and Tommy Parker, chair of the Princeton Civil Rights Commission. The Arts Council of Princeton provided 200 disposable face masks and the stage.

“Our gathering today is no less vital than the high energy protests of a people around the world who are sick and tired of being sick and tired. The wonderful organizers of our gathering have crafted a world on this lawn for us to feel our tiredness, lay bare our grief, and express our joy,” Benjamin said in the statement. “True freedom, true freedom requires that we march inward as much as we march outward seeding the world we want in our spirits as much as in our systems. We need both of these movements to get free.”