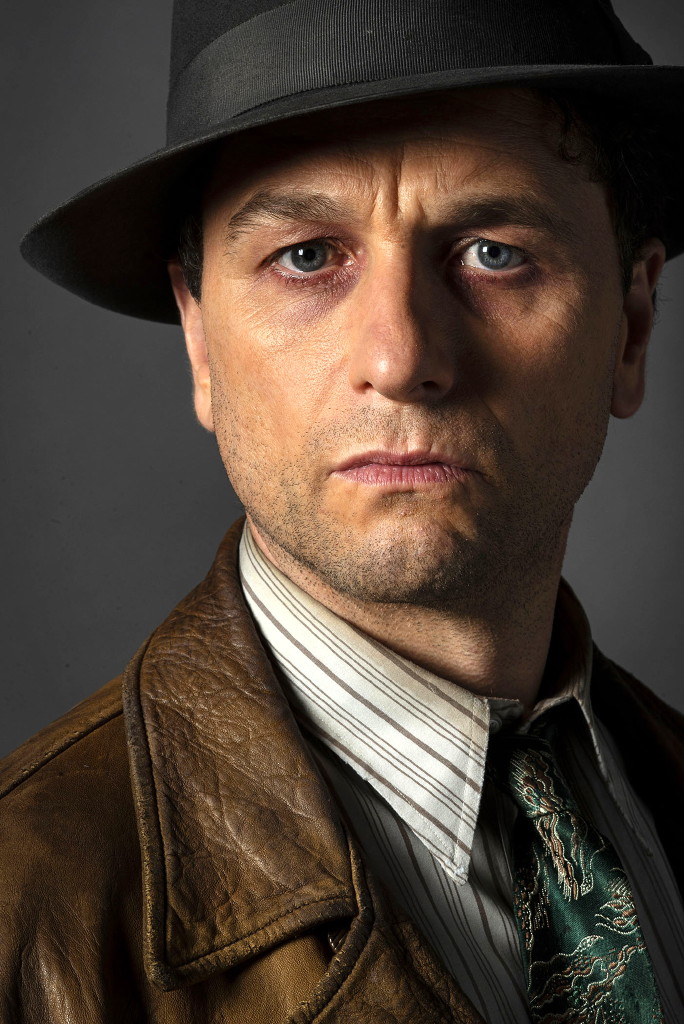 In HBO’s terrific, eight-episode drama Perry Mason (Sundays), Emmy winner Matthew Rhys (The Americans) takes on the mantle of the iconic character of the title, the fictional defense attorney who began life in Erle Stanley Gardner’s novels starting in the 1930s and had his most famous incarnation in Raymond Burr’s 1957-66 TV drama. Rhys, who is also a producer of this latest series, is probably like most of us when it comes to Perry Mason when he agrees, “My larger reference point [for the character] was the Raymond Burr show.”

Yet, reflecting on that series and the character, Rhys does note something interesting. “The people I asked about [Burr’s Perry Mason] … everyone kind of goes, ‘Oh, yeah, it’s about the defense lawyer who gets a confession on the stand.’ And then you’re like, ‘Oh, did you used to watch it?’ And they’re like, ‘Uh, no.’

“And I was the same. You know, you had this enormous awareness of it. You saw pictures of Raymond Burr on TV Guide Magazine. My grandparents watched and kind of go, ‘Oh, yes, of course, Perry Mason, I loved that show.’ And then I thought, ‘Hang on, I don’t think I’ve ever seen that show.’ … It’s one of those elements that’s kind of firmly ingrained in you, and you have no real reason or knowledge as to why.”

The series is set in early 1930s Los Angeles, when Mason is a somewhat sketchy private investigator getting by on dubious assignments like photographing celebrities in compromising positions. It’s a life that even Mason realizes is beneath him and seems guilty about; flashbacks from an incident during his World War I service reveal why he appears to feel like this may be the best he deserves.

“What’s great about this Mason,” says Rhys, “and what I loved about it, is that … you see this injustice he suffers in the First World War. I think that sets him up for life as someone who can’t let an injustice pass him.

“The fact that he suffered such an injustice and has such a strong sense of justice now himself, and also because he’s an outsider in so many elements of his own life, it makes him a good investigator. It’s [also] kind of the two perfect traits for a good defense attorney.”

As the series progresses, we also delve into the backgrounds of two other memorable characters — legal secretary Della Street (Juliet Rylance), who is struggling to have her professional talents and intelligence recognized amid her sexist surroundings, and future detective Paul Drake (Chris Chalk), who here is starting out as one of L.A.’s few African American beat cops and fighting his own battles against people’s underestimation of him. Beyond seeing them in their own lives, we also learn how their appearances in Perry Mason’s orbit help contribute to what Rhys describes as the “forging of Mason.”

While that forging takes place, though, Rhys explains that “you see how flawed and kind of fallible and layered [Mason] is as a character. Far, far from the polished image of Perry Mason that we certainly have.”