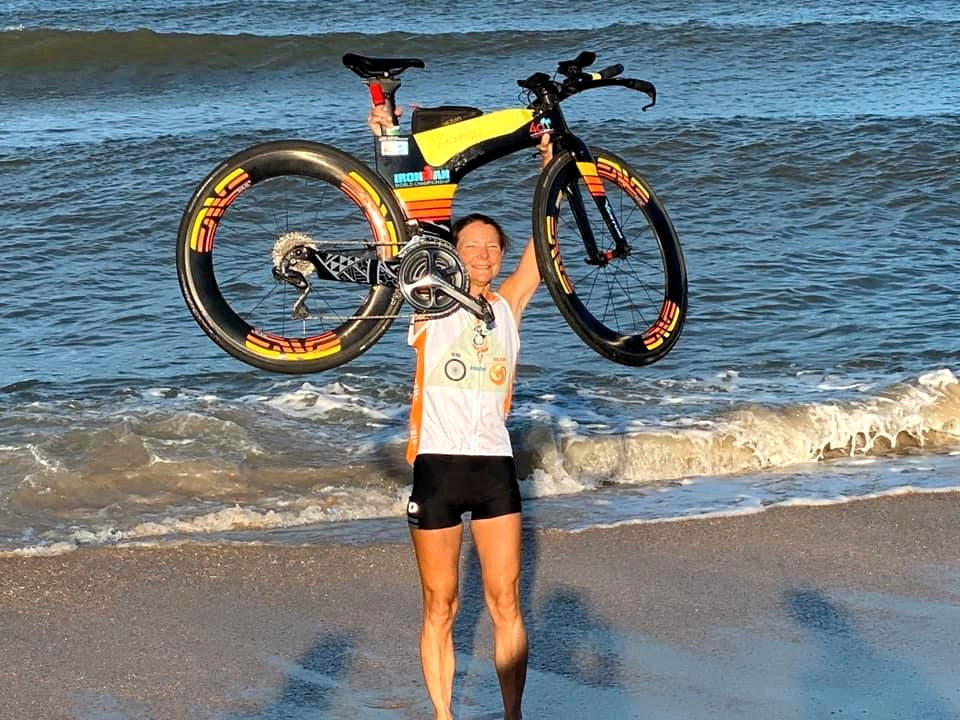 Ultra-endurace athlete Isabella de la Houssaye, a Lawrence Township resident, at the conclusion of her recent 45-day, 3000-mile, ocean-to-ocean bike ride to raise awareness of the need to do a better job in treating and diagnosing lung cancer.
×

Ultra-endurace athlete Isabella de la Houssaye, a Lawrence Township resident, at the conclusion of her recent 45-day, 3000-mile, ocean-to-ocean bike ride to raise awareness of the need to do a better job in treating and diagnosing lung cancer.

Two weeks ago, I received an email from my friend Isabella de la Houssaye asking me to join her friends and family on a race team participating in the Pennington-based Watershed Institute’s “Solstice Run” to protect and restore clean water. The event would be virtual – each registrant would commit to walking one mile or running 5K, 10K or 15K. Everyone on Isabella’s team would reconvene at the end of the day for a virtual Zoom party.

I hadn’t heard from her for a while. She had a couple of good reasons for being out of touch. Isabella had just completed a logistically challenging (because of the COVID pandemic) 3,000-mile bike ride with her husband David Crane. In 45 days from mid-March through April, they rode from from sea to shining sea to raise awareness of a lethal disease – not COVID-19, but rather lung cancer. Following her Facebook posts, I knew all about her physical feat, as well as her unrelenting advocacy for early diagnostics and improved treatments for lung cancer, which takes the lives of 158,000 Americans a year. It is the leading cause of cancer deaths – and thus far is beating COVID-19 in annual deaths, not exactly a happy race to win. In addition, the majority of cases (65%) occur among people who never have smoked.

There is one other reason for Isabella being a little behind in keeping up with hundreds of emails from her friends. Isabella falls into that 65% “never-smokers” category with lung cancer, in Isabella’s case, Stage IV. The disease, which before diagnosis spread from her lungs to her brain and spine, and the demanding treatment regimen, however, have failed to stop her participation in ultra-endurance athletic events, including: riding her bike across the country; running marathons (generally ultra marathons); climbing mountains (most recently the peak of Aconcagua in the Andes); and competing (biking, swimming, running) in triathlete Ironman competitions. In addition, the 56-year-old Lawrence Township resident is a wife, a mother to five children, a former international lawyer with degrees from Princeton University (class of 1986) and Columbia University Law School, and the co-owner of Material Culture, an internationally respected auction house and emporium of art, antiques, crafts, furnishings, and architectural elements with a mission to be not only a successful retail business but also a vehicle for cultural education. It takes my breath away just to write about and contemplate the pace and scope of her life and accomplishments. For Isabella, however, it is simply existential.

“My cancer was stable for 18 months before it started progressing last fall. I had radiation but fully expected that when I went for my scans in February of 2020 there would be further progression. To my great surprise, the cancer was stable, and I told my oncologist: “between now and my next scans in 9 weeks I will bike across America to raise awareness for lung cancer.

“He laughed and I know he thought I was crazy—but I went out and did it. A number of people told me to take more time to prepare and to set myself up for success, but one thing I’ve learned as a stage IV survivor—you don’t put off till tomorrow what you can do today. My last scans, taken after I completed my ride, did indeed show progression and I’m now in the process of trying to find a new trial and treatment. Had I waited to start my ride across America it might never have happened. You have to seize the day,” Isabella said.

As a human being, Isabella is far more than an ultra-endurance athlete. She is simply an ultra humanitarian. Her athletic feats are generally for “causes” even when the charity has no life and death connection to her personally. She has instilled these values in her children, who also have made international media headlines with their ultra-endurance feats for charity. Environmental initiatives like that of the Watershed Institute are particular favorites.

When I caught up with her, I told her how I wanted to write about her bike trip – the trials and tribulations and joys of the 45 days. Isabella was a bit reluctant and noted that all the details are on her Facebook posts and website blog www.bikebreathebelieve.org and other media coverage throughout the course of her trip. She did ask me, however, to do her a favor by disseminating the information about lung cancer. Of course, I agreed, but only if I also could print a particularly inspiring and timely message she delivered in a speech (by Zoom) at a conference on June 15 of the National Coalition of Cancer Survivors.

“Whether you are trying to climb one of the Seven Summits, or bike 3,000 miles or get through a three-month chemotherapy regime—you need to make sure every bit of your energy is focused in a positive way to get you through the task at hand—you can’t afford to be diverting energy to managing fear and stress. Keeping your head in the present moment and dealing only with what life presents in that moment will go a long way to reducing your fear and anxiety. Tomorrow is never guaranteed for anybody—cancer survivor or not. All we really have is today—so you have to make the most of that day by staying present to it.”

• Lung cancer takes the lives of 158,000 Americans a year, making it the leading cause of cancer deaths by far.
• Lung cancer causes more deaths than breast, prostate, colon, liver and bladder cancers combined.
• Lung cancer is the leading cause of cancer death in the United States and the world.
• More lives are lost each year to lung cancer than to colorectal, breast, and prostate cancers combined.
• The risk of dying from lung cancer is 82% greater than the risk of dying from breast cancer.
• Anyone can get lung cancer, regardless of age, gender, ethnicity, or smoking history and increasingly people who have never smoked are being diagnosed with lung cancer. Only 35% of lung cancer patients are current or former smokers.
• One in 16 people in the U.S. can expect to receive a lung cancer diagnosis. That’s one out of every 14 men, and one out of every 17 women.
• The American Cancer Society estimates that about 228,820 new cases of lung cancer would be diagnosed in 2020.
• Lung cancer is rarely detected early on. Only 19 percent of all people diagnosed with lung cancer will survive five years or more, but if it’s caught before it spreads, the chance for five-year survival improves to 55%.
• Lung cancer receives the least federal research funding per cancer-related death.
• Only six percent of federal government dollars spent on cancer research are spent on lung cancer research.
• Lung cancer research needs an investment that matches the impact of the disease.
• Strategic investment in lung cancer research will ensure patients the same promise that is now available for breast, prostate, colorectal, and other cancers — earlier detection, more effective treatment options, higher quality of life, and thousands of lives saved.
• For more lung cancer statistics visit https://lungevity.org/for-supporters-advocates/lung-cancer-statistics 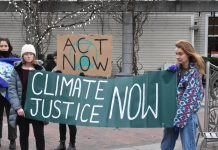