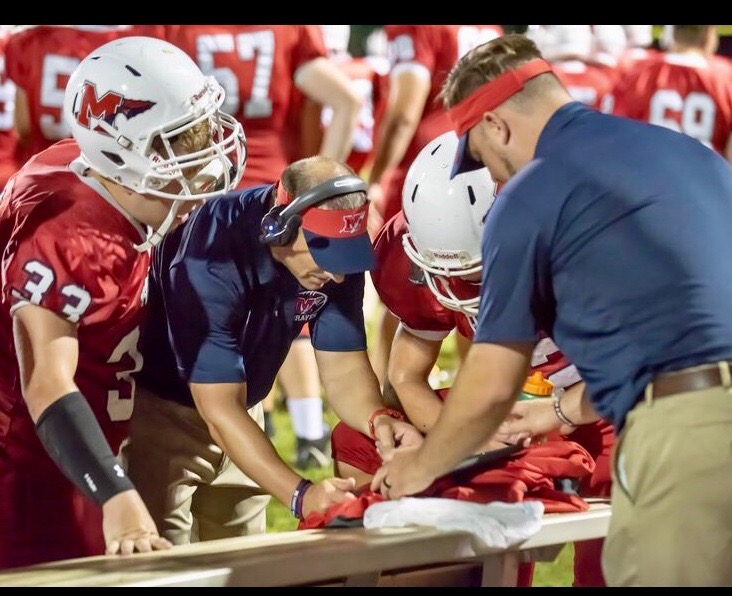 1 / 2
Dom Lepore was announced at the Freehold Regional High School District Board of Education meeting on June 22 as the new head coach of the Manalapan High School football team. Lepore has been the team's defensive coordinator since 2016.PHOTO COURTESY OF DOM LEPORE 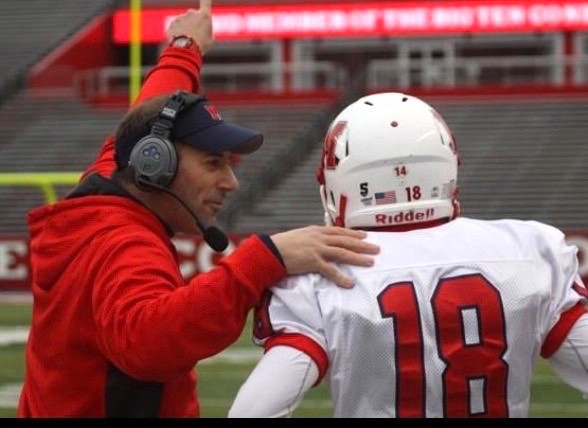 1 / 2
Dom Lepore was announced at the Freehold Regional High School District Board of Education meeting on June 22 as the new head coach of the Manalapan High School football team. Lepore has been the team's defensive coordinator since 2016.PHOTO COURTESY OF DOM LEPORE

The Manalapan High School Braves football players will have a familiar face at the helm the next time they step onto the gridiron.

Dom Lepore, who had been serving as the team’s defensive coordinator, was named Manalapan’s new varsity coach by the Freehold Regional High School District Board of Education on June 22. Lepore is a teacher in Manalapan’s Special Education Department.

Lepore has been the team’s defensive coordinator since 2016 and has been a coach in the Manalapan program for 10 years. He helped guide the Braves to the 2014 NJSIAA Central Jersey, Group 5 championship.

“This is a great opportunity and I am very fortunate to be the head football coach at Manalapan,” Lepore said. “I live in the community. I have been a teacher and a coach in the district for 23 years. My kids went through the school system in Manalapan. It’s an exciting time.”

Lepore will succeed Ed Gurrieri, who resigned as Manalapan’s head coach in June after his 13th season at the helm. Lepore previously served as the head coach at Freehold Township High School from 2000-09.

At Freehold Township, Lepore led the Patriots to, at the time, a single-season record seven wins during the 2001 season and the program’s first state playoff appearance.

Lepore has seen Gurrieri lead Manalapan to success over the past 10 years while serving on the Braves’ staff.

Under Lepore’s guidance, the Manalapan defense was ranked No. 1 in the Shore Conference during the 2017 season and No. 3 in the conference in 2016. Manalapan reached the state sectional final in both seasons.

Lepore said he hopes to continue Manalapan’s winning ways and believes Gurrieri, who he calls a mentor, has set a foundation in place for the program to have continued success going forward.

“It was great to work under Coach Gurrieri and watch him take pride in building the foundation of the program.

“The continuity of our coaching staff and the same philosophy has helped our program continue to grow and be successful.

“Our youth programs in the community have turned out great players for us. I am excited for my second opportunity to be a head coach,” he said.

Lepore said he believes the continuity of the coaching staff will help make it a smooth transition for him to head coach and make it easier for the program to handle the ongoing situation with the 2020 coronavirus pandemic.

The Manalapan players have just completed an eight-week training program by doing what they could with the resources they had available.

“We did a lot of non-weighted and plyometric workouts the kids could do on their front lawn or in their backyard,” Lepore said. “Not many of them had access to weights or the type of equipment we have in school.”

Lepore said he expects his players to stay in the best shape they can for a possible 2020 season.

During the pandemic, the players have gotten together for meetings through Zoom or Google Meet.

Lepore and the assistant coaches made it clear to the players that their priority before the summer should be on finishing their school work for the academic year and their family responsibilities.

Anything related to summer workouts and football would be a wait and see situation, Lepore added.

Lepore said he and his coaches have discussed plans regarding summer workouts, but will not know what exactly they can do until they get word of the guidelines from the FRHSD.

For the 2020 season, Lepore will make sure his players understand that safety will be the biggest focus for everyone and that they should have an open mind about everything.

“This is bigger than us,” he said of the pandemic. “Our administrators are doing what they can to get sports and school back running for the fall. We will make sure our players understand that safety is the main priority for everyone.”